The residential property market index in the first quarter maintained an upward trend as it saw quarter-on-quarter growth of 10.4% to 86.8, almost matching the pre-pandemic level due to a strong recovery in demand and supply. 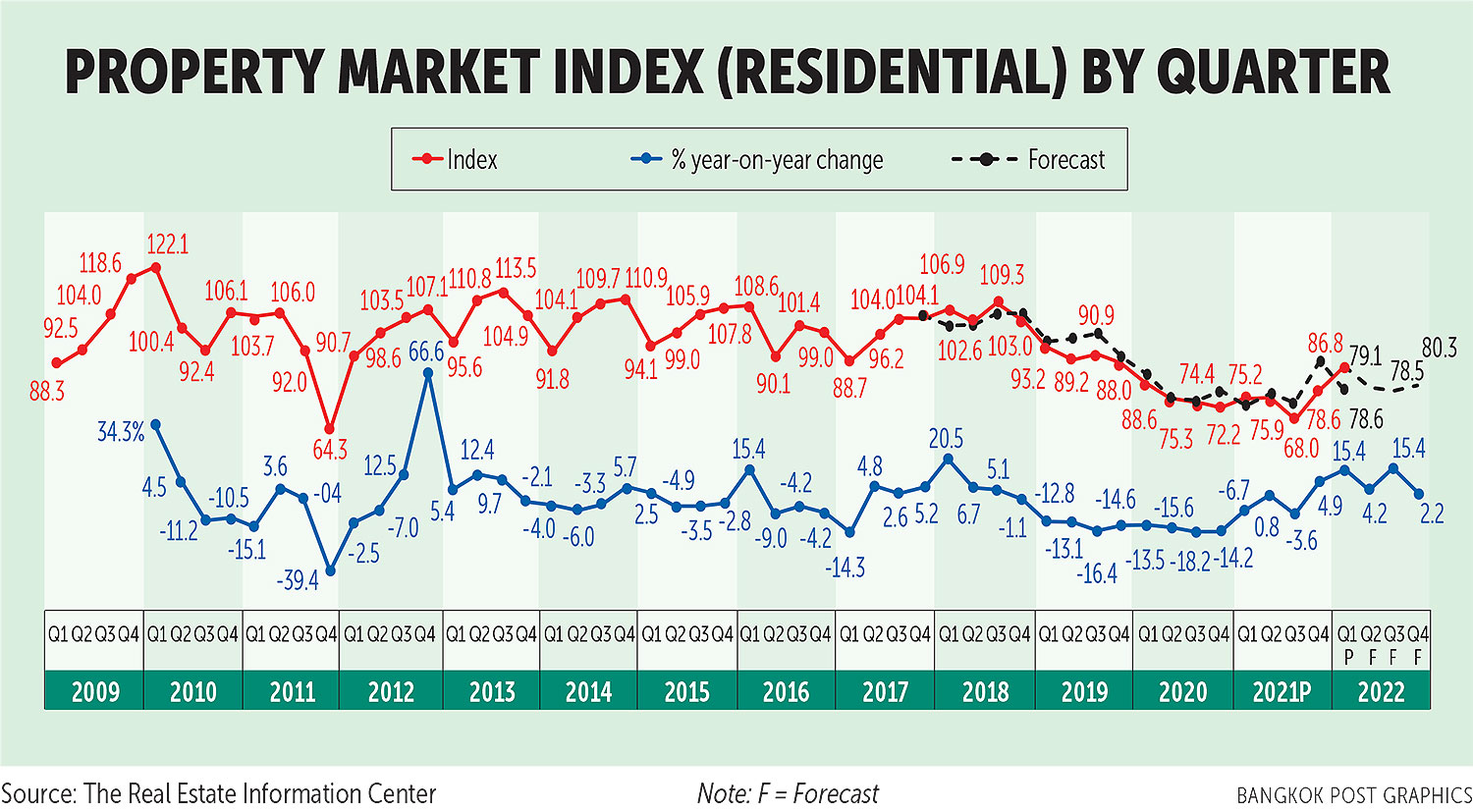 "Residential demand in the first quarter saw a significant growth with a higher absorption rate of both condos and low-rise houses," said Vichai Viratkapan, acting director-general of the Real Estate Information Center (REIC).

Last week, SET-listed developer AP Thailand Plc reported year-on-year growth of 43% in presales of residential units in the first half of 2022 to 25.5 billion baht which was also a new record high in 38 years since its establishment.

Compared with the first half last year, AP's presales from condo units almost tripled and those of low-rise houses rose 25%.

"The residential property market index which grew by 15.4% in the first quarter this year, compared with the same period last year, was in line with the country's economic growth of 2.2% in the period," said Mr Vichai.

Throughout the pandemic period, the index was below 80.6 until the first quarter this year which was also higher than an earlier prediction at 78.6.

"Both soaring housing sales and the larger number of new residential supply launches were key drivers of the rise in the index in the first quarter," Mr Vichai added.

"They also reflected a higher confidence of both homebuyers and developers."

In the first quarter of 2022, housing developers' sentiment index on new project launches picked up to 45.1 from 40.2 in the same period last year, according to REIC.

The number of residential supply newly launched in Greater Bangkok in the first quarter soared 208% to 29,594 units worth a combined 107 billion baht, driven by condos (18,844 units) which grew by 378%.

Mr Vichai said the residential property market index in the second half would be higher due to property incentives with the cut of transfer and mortgage fees and the easing of the loan-to-value limit.