Prices of vacant land in Greater Bangkok are growing at a slower pace due to the sluggish economy and the full collection of the land and building tax, which started this year.

Vichai Viratkapan, acting director-general of the Real Estate Information Center (REIC), said the price index of vacant land in Greater Bangkok was 354.5 in the second quarter of this year, up 4% from the first quarter and 6.5% higher than the same period last year.

"Vacant land prices keep rising consecutively but at a slower pace when compared with an average annual growth of 14.8% between 2015-19," he said. 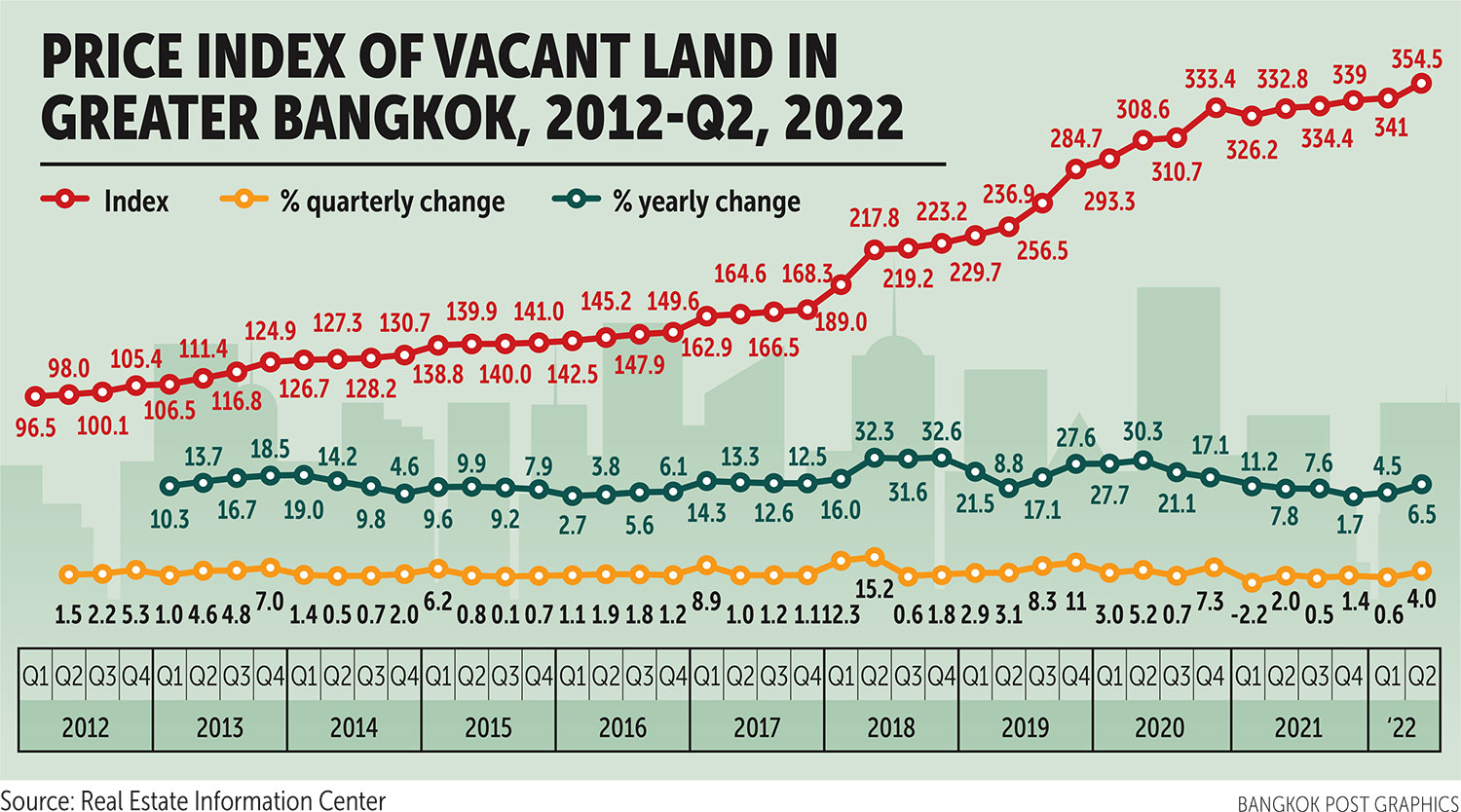 One of the key factors was the economic slowdown caused by the pandemic, which has been worsened by the Ukraine-Russia war, meaning the Thai economy has seen lower growth than expected.

"Many developers slowed down land purchases as land costs are higher after the land and building tax started the 100% collection rate this year, from 10% in 2020-21," said Mr Vichai. "They need to control the tax burden, which is one of the development costs."

According to REIC, the top five zones with the highest year-on-year increase in land prices in the second quarter was led by Bang Phli, Bang Bo, and Bang Sao Thong districts of Samut Prakan, which saw a rise of 40.5%.

Mr Vichai said the top five zones with the largest year-on-year increase in land prices were mostly in Bangkok's neighbouring provinces because prices there remained low and demand for land for low-rise housing developments was strong.

"Land prices in Bangkok's inner-city locations were already high. Despite a slight rise in land prices, the increase was not as high as that in Bangkok's outskirts," said Mr Vichai.

The top five zones with the highest price increases remained those near mass transit lines.