The government's measure to allow foreigners to buy a landed house will cause the value of residential transfers to foreign buyers to double to 100 billion baht per year, according to the Real Estate Information Center (REIC). 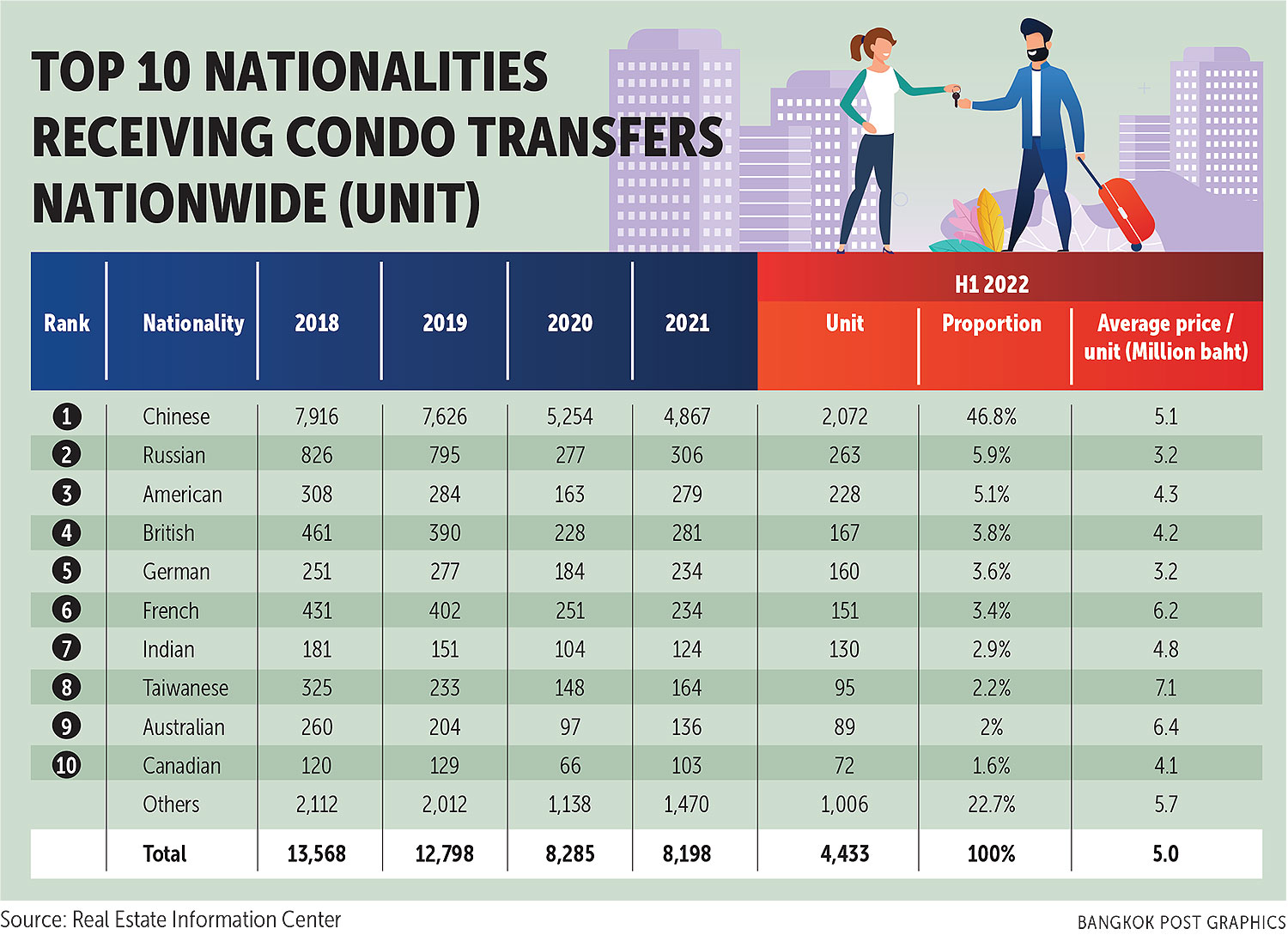 Vichai Viratkapan, the centre's acting director-general, said there were around 10,000 condo units nationwide worth more than 50 billion baht in total transferred to foreigners each year prior to the pandemic.

"Allowing foreigners to buy a landed house or a land plot to build a house if they invest at least 40 million baht will stimulate the economy. It will draw potential foreigners to the country and create new demand whose purchasing power is high," he said.

If foreigners are allowed to buy a house, it will rise to 15% and total residential transfer value nationwide will grow to 1 trillion baht.

In the second quarter of 2022, the number of condo units nationwide transferred to foreigners totalled 2,326 units, up 15.1% from the same period last year and higher than a quarterly average at 2,092 units since the pandemic broke out.

Of the amount, 37% were second-hand condos which had grown for six consecutive quarters. It was also the highest proportion in 18 quarters.

Some 82% were units priced lower than 5 million baht and 83% were smaller than 60 square metres.

The second-quarter value of condos transferred to foreigners totalled 12.1 billion baht, rising by 27% from the same period last year and higher than the quarterly average of 9.98 billion baht during the pandemic period.

Total area of condos transferred to foreigners was 109,486 sq m, up 28% year-on-year and higher than the quarterly average of 90,325 sq m during the pandemic.

"The growth in unit number, value and area which were the largest in the past 5-6 quarters suggested that condos booked by foreigners in the past few years were transferred consecutively," he said.

"There were also new foreign buyers replacing Chinese who were unable to travel overseas."

However, Chinese remained the largest buyers getting condos transferred in the first half, accounting for 46.8% while remaining nationalities represented only lower than 6%, comprising Russian (5.9%), American (5.1%) and British (3.8%).

In the first six months of 2022, the top provinces with the largest number and value of condos transferred to foreigners remained Bangkok (44% and 64%) and Chon Buri (31% and 16%).