Developers face off with speculators

Despite the collection of the land and building tax increasing to the normal rate, prices of vacant land in Greater Bangkok continued to rise, posting year-on-year growth of 10.3% in the third quarter of 2022, the highest in five quarters. 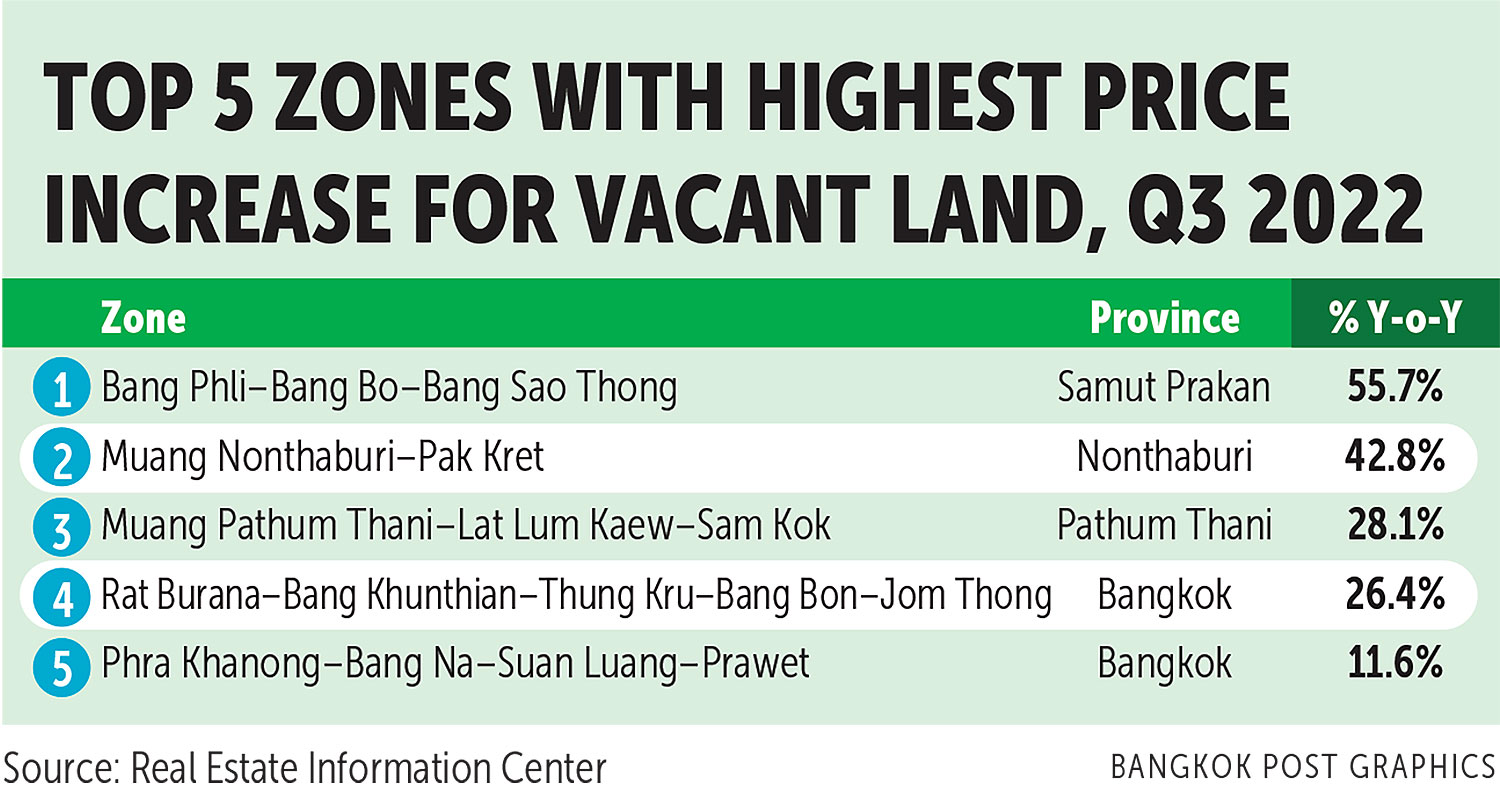 Tritecha Tangmatitham, managing director of SET-listed developer Supalai, said asking prices for vacant land in Greater Bangkok have not dropped, even as the land and building tax rate reaches the full collection level this year.

"Landowners have no problem with the tax payment," he said.

"Those who thought landholding was a burden or didn't want to pay tax already sold their land 1-2 years ago."

Boon Choon Kiat, managing director of MAI-listed developer Chewathai, said negotiating land deals was more difficult amid the pandemic and economic slowdown as more individual investors are speculating on land as an asset.

"Developers usually pay 10% of the price in advance to landowners and will pay the rest over the next six months to receive the land transfer," he said.

"Now they face competition from land investors who fight over property by paying the remainder in three months, or paying the full amount on the date of the deal."

Mr Boon said land prices did not dip during the pandemic or the recovery. 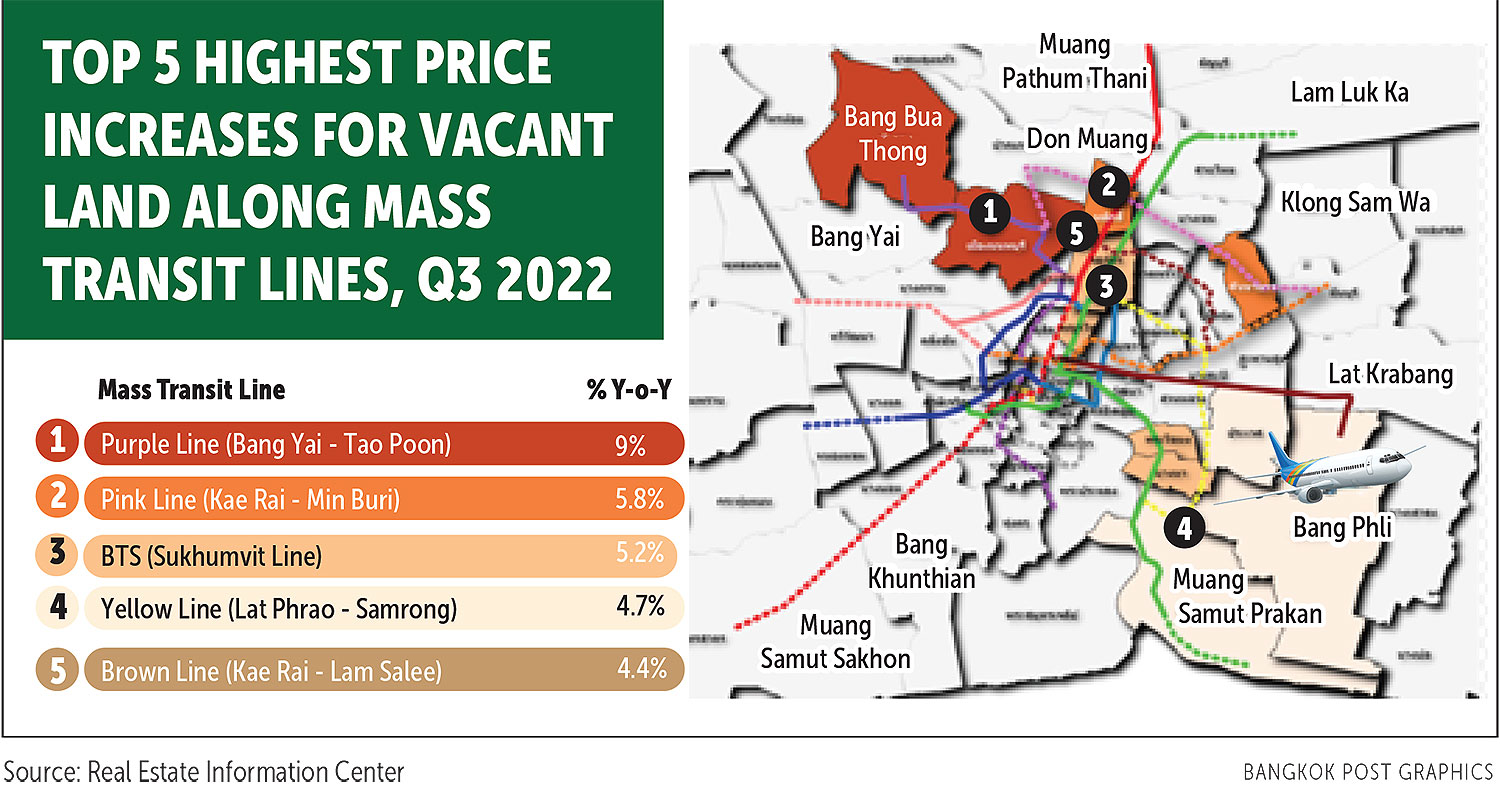 Collection of the land and building levy was reduced by 90% in 2019 and 2020 in response to the impact of the pandemic.

Vichai Viratkapan, acting director-general of the Real Estate Information Center (REIC), said developers slowed their purchases of land as they wanted to control costs related to the land tax.

"The prices of vacant land kept rising, but with a growth rate lower than prior to the pandemic," he said.

According to REIC, the price index of vacant land in Greater Bangkok in the third quarter of 2022 was 368.8, up 10.3% from the same period last year.

It was the highest year-on–year growth since the second quarter of 2021.

When compared with the second quarter of 2022, the increase in the third quarter was 4%, very close to the five-year quarterly average of 4.1%.

"The increase in land prices was driven by the progress of each mass transit line and developers resuming new project launches after freezing their plans during the pandemic," said Mr Vichai.

The top five locations registering the highest increase in land prices in the third quarter of 2022 remained in locations and vicinities on the outskirts of Bangkok as demand for land to develop low-rise houses was strong, while land prices in these location remained relatively low, said the REIC.