Decline in second-hand units for sale in Q3
Property

Decline in second-hand units for sale in Q3

The number of second-hand residential units for sale nationwide dropped in the third quarter last year as the expiration of two property measures -- a cut in transfer and mortgage fees and the easing of loan-to-value (LTV) limits -- occurred at the end of 2022.

Vichai Viratkapan, acting director-general of the Real Estate Information Center (REIC), said the decline could possibly be attributed to an increase in second-hand home transfers during the period.

He said a year-on-year increase was likely because owners and buyers accelerated transactions in order to benefit from the measures which ended on Dec 31, 2022.

They included a cut in transfer and mortgage fees from 2% and 1%, respectively, to 0.01% each for a unit priced at 3 million baht or less which just covered used homes, effective from Jan 18, 2022.

Another was an expiration of the easing of the LTV limits on Dec 31, 2022, said Mr Vichai.

"The property measures were extended another year yet with a change which is a cut in the transfer fee from 2% to 1%, no longer 0.01%," he said. "But the impact on the property market will be the end of the easing of the LTV limits." 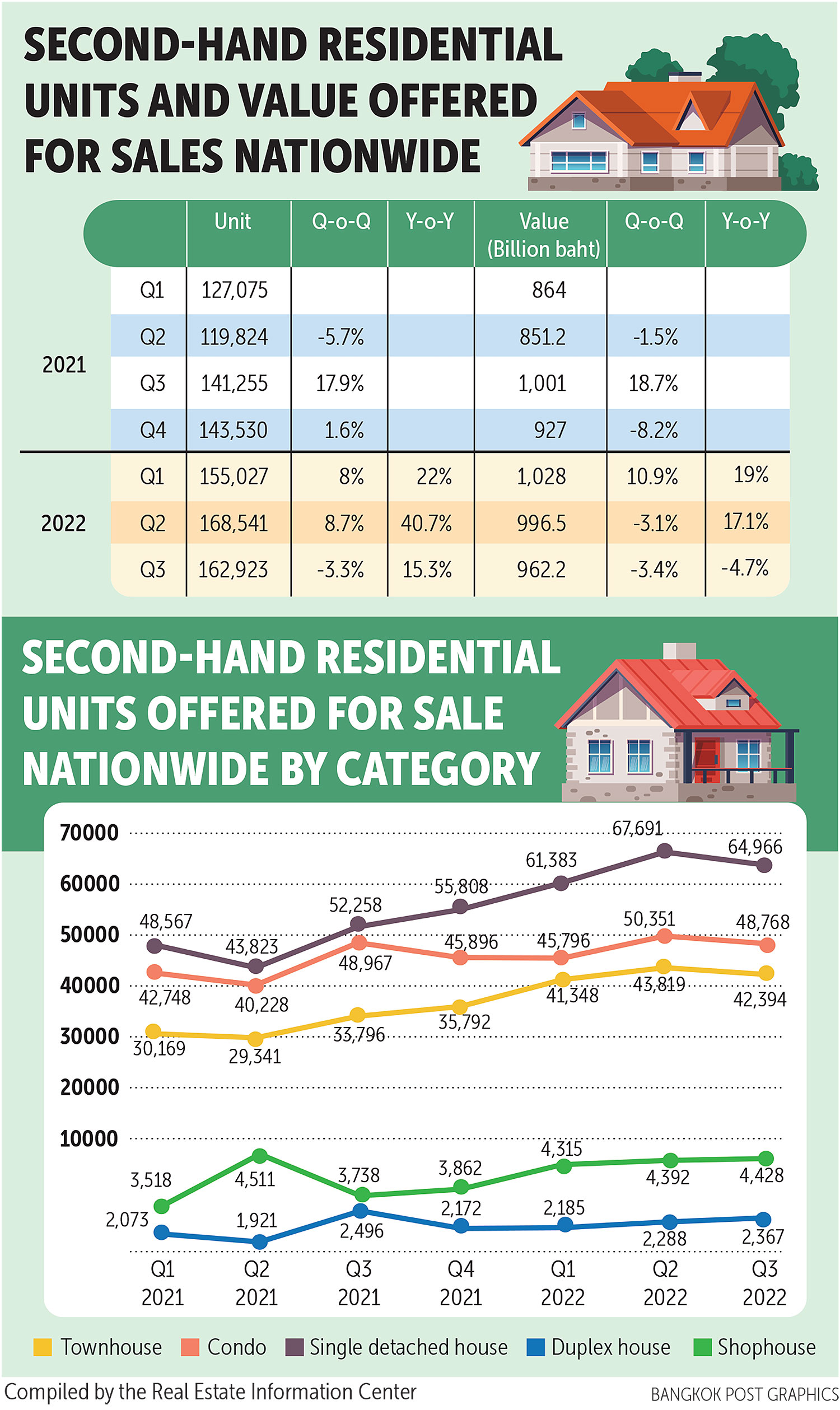 As of the end of the third quarter last year, second-hand homes offered for sale dropped 3.3% in terms of the number of units to 162,923 and fell by 3.4% in terms of value to 962.2 billion baht when compared with the second quarter.

The largest number was single detached houses, followed by condos and townhouses.

The top province with the largest number of second-hand homes offered for sale was Bangkok, comprising 59,181 units worth 606 billion baht, accounting for 36% and 63%, respectively.

The proportion in terms of the number and value of the second to tenth position were less than 10% each.

However, the top 10 provinces represented 71% by unit number and 88% by value.

Phuket, Chiang Mai and Chon Buri were the top three provinces seeing the biggest quarter-on-quarter drop in unit value at 14.1%, 9.7% and 7.2%, respectively.