Porntip won a comprehensive 21-14, 21-16 victory in her match against Ukraine's Marija Ulitina.

Her win came 30 minutes after the stunning victory in straight sets by Japan's world No.10 Akane Yamaguchi over No.2 Ratchanok.

The defeat in the round of 16 ended Ratchanok's Rio 2016 Olympic medal dreams even before she reached the quarter-finals.

Ratchanok never had her game together against the Japanese challenger, who was clearly better on the day.

It was the first time the Japanese has beaten her Thai opponent in their last three meetings and evens their career head-to-head at five wins each.

"I'm happy to have won, but I'm even happier that I get to play another match at the Olympics. The cheering from the crowd was encouraging and I was able to play aggressively," the 19-year-old Yamaguchi said.

Photographed moments after the match ended, the Thai appeared in shock and near tears from her loss. Before she left for Rio on Aug 1, she promised to return with a medal.

Porntip is an experienced player, who won her first international tournament in 2008 in Japan.

She has no easy road to a medal. She next faces world No.3 Li Xuerui of China, the defending Olympic champion and often described as the world's best women's badminton player.

Li won a bye and did not play in the round of 16. A final schedule is pending, but they will play on Wednesday evening, Thailand time. 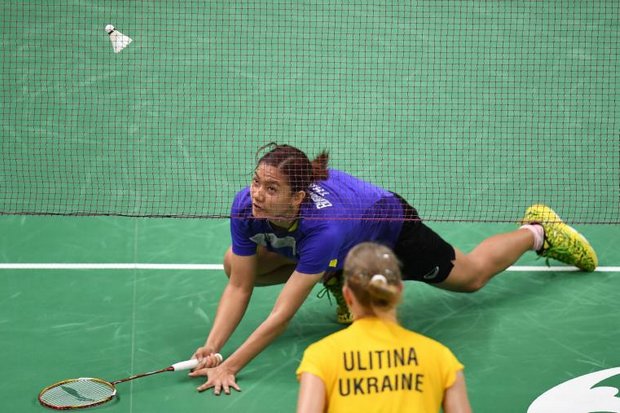 Porntip Buranaprasertsuk dives to make a shot in her straight-set victory over Marija Ulitina of Ukraine. (AFP photo) 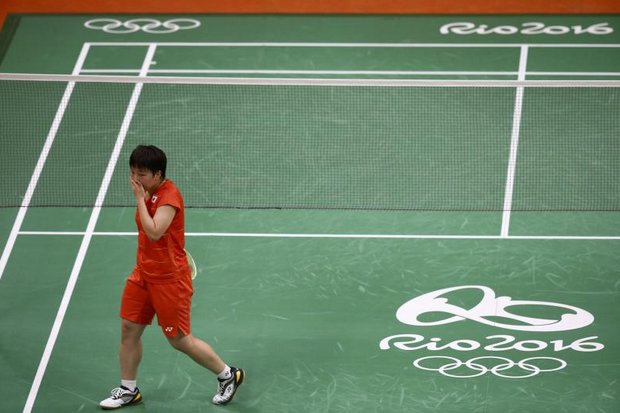 Yamaguchi seemed as shocked by her win as Ratchanok as she walked off the court following the match.