Ariya waits to tee off on the 17th hole, on her way to the lead in Day 1 of the four-round Rio 2016 women's golf event. (Reuters photo)

Ariya shot a six-under par 65 on Day 1, edging out Inbee Park of South Korea for the tournament lead. (Full scorecard below)

Ariya is seeking to become the first Thai to win a gold medal in a sport other than weightlifting or boxing.

"It would mean a lot," she said. "The only thing I want to do is make the Thai people proud and happy with me."

Should she take the victory stand on Saturday, she also will be the youngest Thai to win an Olympics medal.

The 20-year-old Bangkok native started out sensationally, with birdies on the second and third holes of the Olympics course. Her day then turned erratic.

She then handed back both shots with a double-bogey on the par-three 4th hole - only to recover with an eagle on the very next hole, the par-five 5th.

Ariya then settled down, birdying the 7th, 8th, 10th, 14th and 16th holes, with only a single bogey on the par-four 11th marring her performance to the finish.

Ariya's winning day made history of a sort. There has not been a women's golf event since American Margaret Abbott won a nine-hole Olympic competition at the Paris Games in 1900.

Thailand's second entry, Pornanong "Waew" Phatlum of Chaiyaphum, lay back in the field. After firing an even par 71, Pornanong was in 26th place overall, among the 60 entrants.

She started out badly, with a bogey on the par-4 third hole, but recovered immediately with birdie on hole No.4, a par 3.

After two more birdies and a bogey, she came to the final hole at one under-par. But she took six shots on the par-5 18th, to finish with her even-par score.

In other Olympics events Wednesday evening, Thais advanced in the taekwondo competition.

Tawin Hanprab defeated Kim Tae-Hun of South Korea, 12-10, in a men's flyweight (58kg) match, to advance to the sport's quarter-finals.

Panipak Wongphatthanakit also advanced to the quarters in the women's flyweight (49kg) division with a comprehensive 18-6 win over Maria Andrade of Cape Verde. 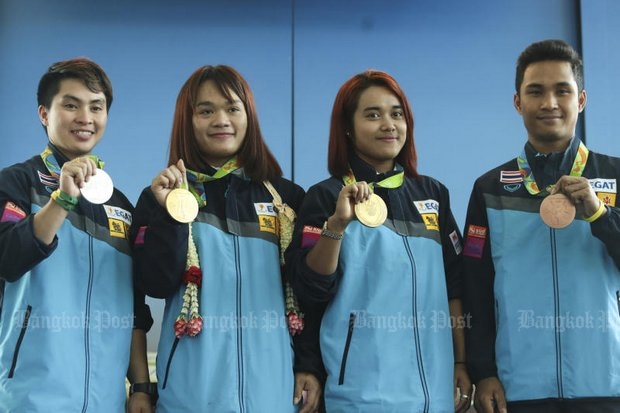 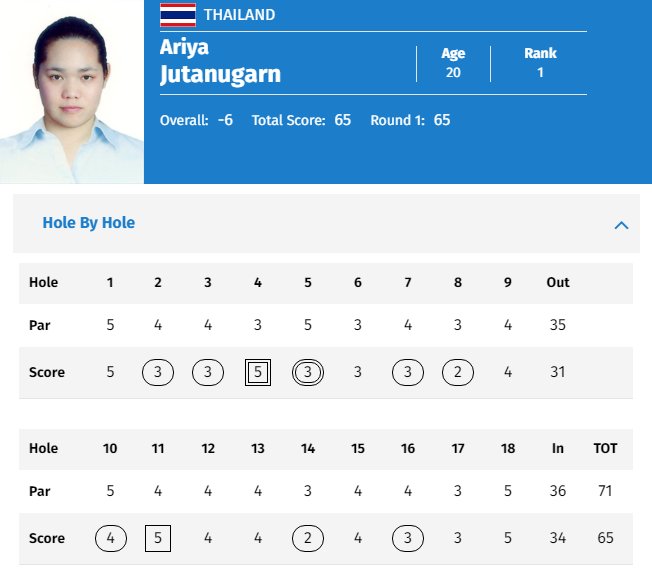 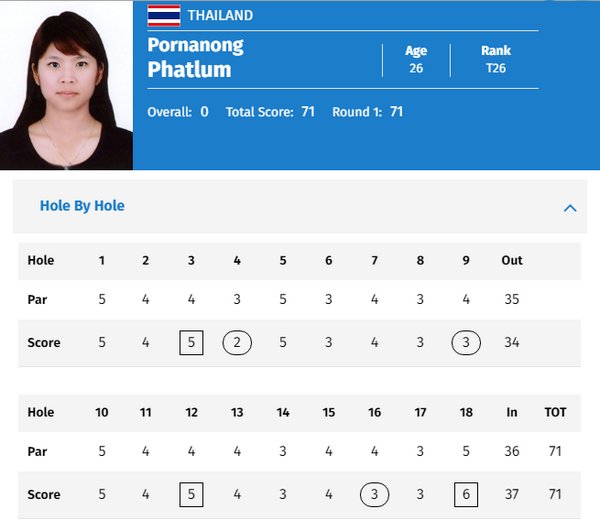 MAIDSTONE, United Kingdom: The players who dominated Wimbledon over the past three decades may have changed, from Pete Sampras and Steffi Graf to Roger Federer and Serena Williams, but one feature has remained constant -- the supplier of its trademark strawberries.

The Disease Control Department (DCD) on Thursday reported that 1,945 people fell ill and 103 others died after receiving various Covid-19 vaccines.