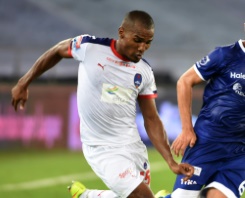 The French international, who won four consecutive Ligue 1 titles with Lyon and the 2012 UEFA Champions League with Chelsea, played for Delhi last season as an attacking midfielder.

"I am very excited to be back in India. It was a wonderful experience for me to play in the league last year and I enjoyed it a lot," said Malouda who was on loan to Egyptian club Wadi Degla FC until last month.

The 36-year-old has been a standout performer for Delhi, contributing eight assists last season and helping them reach the semi-finals of the eight-team tournament which begins on October 1.

"It's a different squad this year, I hope we can build on what we achieved last season and together aim to lift the trophy this season," said Malouda who played in two World Cups for France in 2006 and 2010.