Thai youth setup in need of a quick fix
Sports

Thai youth setup in need of a quick fix

Thailand U23 coach Zoran Jankovic watches his men being hammered by Palestine in China.

Last August, the Thais were hailed as the undisputed football kings of Southeast Asian. Fast forward a little more than four months and the same side is being derided as a bootless lot.

Their most recent show -- three straight losses leading to a humiliating first-round exit the 2018 AFC U23 Championship in China where regional foes Malaysia and Vietnam both made it to the quarter-finals -- is, in itself, a reason enough to force the Football Association of Thailand (FAT) to conduct an autopsy.

The only real change to the team, apart from a trio of missing players, was that the FAT had decided to hand over the team's reins to assistant national team coach Zoran Jankovic and demote former Thailand international Worrawoot Srimaka to the post of his deputy.

Worrawoot's tenure wasn't actually free of criticism but he did deliver the gold medal at the 2017 SEA Games in Kuala Lumpur, helping the Kingdom complete a hat-trick of titles at the biennial regional sports festival.

Many people had slammed the team and Worrawoot for lacking style and being clueless in Malaysia, but it all ended with the coach triumphantly declaring: "I did it."

FAT president Pol Gen Somyot Poompunmuang and its executive board decided to go for a change and appointed Jankovic as the head coach of the Thai U23 team in September last year.

It could be the prosaic manner in which the Thai squad had qualified for the AFC U23 Championship and retained their SEA Games gold medal which spurred the FAT to make the switch.

Milovan Rajevac, head of the senior national team, was invited by the FAT to coach the Thai U23 team as well, but the veteran Serb declined, citing that his contract was limited to the senior squad, and nominated his assistant Jankovic for the job.

The FAT, in fact, has a case to answer itself as Jankovic, a former Bulgaria international, had no real coaching pedigree to take over the Thai U23 squad -- his only previous coaching assignment had been a stint with a little known Serbian Super Liga team FK Indija after he quit playing in 2011.

Jankovic's first mission in charge of the young War Elephants was to lead them to a respectable finish at the M-150 Cup, a warm-up event organised in Buri Ram in December ahead of the Asian U23 tournament.

A total of six teams -- Japan, North Korea, Uzbekistan, Vietnam, Myanmar and Thailand -- who all had qualified for the AFC U23 Championship finals took part in the Buri Ram tournament.

Thailand were drawn to face Japan and North Korea, while Uzbekistan, Vietnam and Myanmar were in the other group.

The home team had a good start when they pulled off a major upset, defeating Japan U23 team 2-1 before going down 1-0 to North Korea. These two teams were to play Thailand again in the Group B matches of the Asian championship again.

In the M-150 Cup, Thailand failed to finish on the top of their group and in the third place play-off, they lost to Vietnam 1-0. It was the same Vietnamese side which had lost 3-0 to the Thais in the SEA Games and were sent packing in first round.

After the sprightly start ended in a whimper in Buri Ram, Jankovic answered his critics by saying that he had used the M-150 Cup stage merely as a testing ground for his players and the team would flaunt their real talent in China.

The team went on to suffer defeats in warm-up games with mid-level Thai League 1 clubs Chonburi and Pattaya United with both matches ending in 1-0 losses.

As they tried to get used to the cold weather in China, the youngsters sustained another loss, conceding their last warm-up game against Australia 2-1.

They began their quest for a place in the Asian event quarter-finals with a 1-0 loss to North Korea. It was followed by a 1-0 defeat at the hands of defending champions Japan which ended the Thais' dream of claiming a place in the knockout stages of the tournament.

Thailand vowed to salvage some pride in their last match but ended up seeing strife-torn Palestine mercilessly rub salt into their wounds, inflicting a 5-1 humiliation. This was the eighth straight loss suffered by the team in nine games under Jankovic.

In the previous edition of the same tournament two years ago, Thailand were also knocked out at the group stage, but at least they returned home with two points.

Now that the Thai team are back home with nothing to show off after scoring just one goal to seven conceded in three matches, it is time for the FAT to bring about another change.

Installing Jankovic as the head coach of the team was a misadventure and it ended up in a big letdown.

The Thai U23 team have another big assignment this year and they will be expected to put in a far better performance at the 2018 Asian Games in Indonesia.

After the recent string of disappointments, the FAT should seriously consider sending a team comprising players aged under 21 years to the Asian Games. This will help them gain experience and groom them for the next year's SEA Games and the AFC U23 Championship in two years' time.

There are countries, for example Japan, who are taking the same route to develop teams with an eye on the 2020 Olympic Games in Tokyo.

Sending a younger squad to the Asian Games can put the FAT once again in the line of fire as the fans will be expecting good results in Indonesia, but the national football governing body can always find ways to get its point across.

The most important thing is that FAT bosses should appoint a Thai coach for the youth team, someone who can understand their feelings when the young boys are under pressure and get them back them on track both physically and emotionally.

At the AFC U23 Championship, Asean rivals Malaysia moved into the quarter-finals ahead of big guns like Saudi Arabia and Jordan and Vietnam made it by eclipsing Australia and Syria, leaving the Thais with a lot of catching up to do. It is in our own interests that we start now. 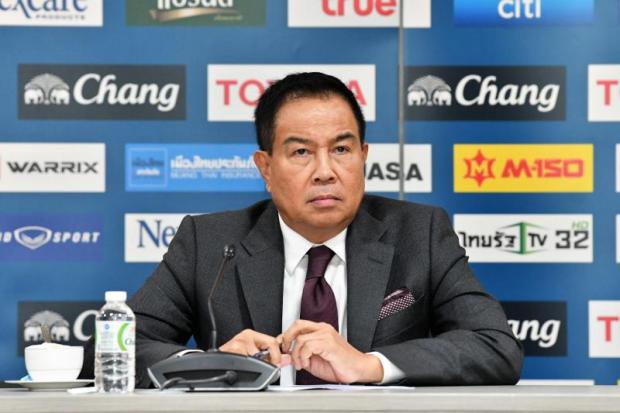 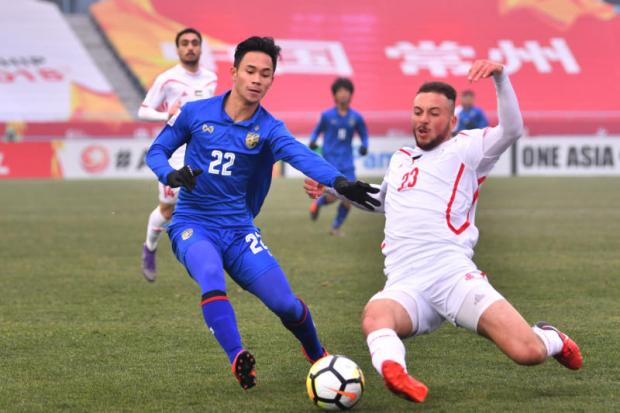 It's back to work for Asian Tour leader Kim