A volunteer waits outside a venue as final preparations are made at the 18th Asian Games in Jakarta on Friday. (AP photo)

There are 40 sports offering 462 gold medals and two demonstration events -- esports and canoe polo -- at the 18th Asian Games in Indonesia which officially begin on Saturday.

Thailand are sending 829 athletes to take part in all 42 disciplines and aim to bring home 17 gold medals.

The prediction was made by the Sports Authority of Thailand (SAT), which is responsible for preparing the country's athletes for the Asian Games, after gathering information from national sports associations concerned.

The Thais claimed four golds in sepak takraw, two in cycling, and one each in sailing, golf, taekwondo, bowling, tennis and boxing.

At Jakarta Palembang 2018, Thailand are expected to grab four titles in sepak takraw, two each in sailing, canoeing and rowing, and one each in weightlifting, cycling, taekwondo, bowling, boxing, pencak silat and jet skiing.

Thailand have bagged 22 out of 33 Asian Games gold medals awarded in sepak takraw and have finished as the best nation in the Southeast Asian sport in each of the last five editions of the continental gathering.

There are six events in the sport at the 2018 Asian Games but Thailand are allowed to take part in only four because of their dominance.

"We have to win all gold medals to preserve our reputation in sepak takraw," said Charouck Arirachakaran, president of the Takraw Association of Thailand.

Weightlifting is Thailand's most successful sport at the Olympics with five gold medals.

Surprisingly, the Kingdom have won only two golds in the sport at the Asian Games -- Chaiya Sukchinda in 1966 and Pawina Thongsuk in 2006.

The Thai weightlifting team have higher chances of winning golds in Indonesia with the absence of powerhouses China and Kazakhstan who have been banned for doping until later this year.

Sinphet Kruaithong, who won a bronze in Rio to become the country's first ever male weightlifter to get an Olympic medal, and Thunya Sukcharoen, who captured a gold medal and two silvers at the 2017 world championships, could also go all the way.

While the Thai Amateur Weightlifting Association (Tawa) is likely to end its title drought at the Asian Games, its chief adviser Intarat Yobangtoey does not want to put extra pressure on his athletes.

"It's true that we will have higher chances of winning gold medals without athletes from China and Kazakhstan," said Intarat.

"But it won't be easy because there are still a lot of strong athletes from several countries like Uzbekistan, Indonesia, North Korea and Taiwan."

The Thailand Boxing Association (TBA) hopes to bounce back from a string of disappointing results in international events.

Thailand's amateur boxing has been in a decline since the 2012 London Olympics where the country won only one silver in the sport.

It was the first time that Thailand failed to win an Olympic gold medal in the discipline since 1996 when boxer Somluck Kamsing became the Kingdom's first-ever Olympic champion.

It was worse four years later in Rio de Janeiro where Thailand failed to win a medal in the boxing ring for the first time since 1976 when Payao Poontarat became the country's first-ever Olympic medallist with a bronze in Montreal.

They also had dismal performances at the 2015 and 2017 SEA Games and won only one gold medal at the 2014 Asian Games with Wuttichai Masuk being the sole champion in the 64kg division.

"We have to win a gold medal or else we can shelve our plans for joining the winners' circle again at the 2020 Tokyo Olympics," said TBA technical chief Somchai Poonsawat.

The Taekwondo Association of Thailand is pinning its hope on Panipak Wongpattanakit, who has won in several international tournaments including the Youth Olympics, world championships, Asian championships and SEA Games.

Panipak, one of the best fighters in the world, was disappointed when she could only claim bronze at Incheon 2014.

"It was a pity that I could only get bronze in the previous Asian Games," said the 21-year-old star who is nicknamed Tennis.

"I now have more experience. I am 100 percent ready physically and mentally. I am confident that I will bring back a gold medal for all Thais."

Panipak was a favourite for gold at the 2016 Olympics but had to settle for a bronze.

Thailand Golf Association president Rangsrid Luxitanond is targeting a better performance from his players in Indonesia.

"I am confident that we will win two gold medals in the team events," he said.

It could be three as teenage star Atthaya Thitikul has been in fine form since last year.

All eyes will be on 15-year-old Atthaya, arguably the world's best female amateur at the moment.

Last year, at the age of 14 years, four months and 19 days, she won the Ladies European Thailand Championship in Pattaya to become the youngest ever player to win at a professional event.

A few weeks later, she captured both the team and individual gold medals at the SEA Games.

The Ratchaburi native took the low amateur honours at two major championships this year -- the ANA Inspiration in April and Women's British Open earlier this month.

"My confidence has been boosted by my performance at the Women's British Open. I will try to help the team retain the title but won't put extra pressure on myself," Atthaya said. 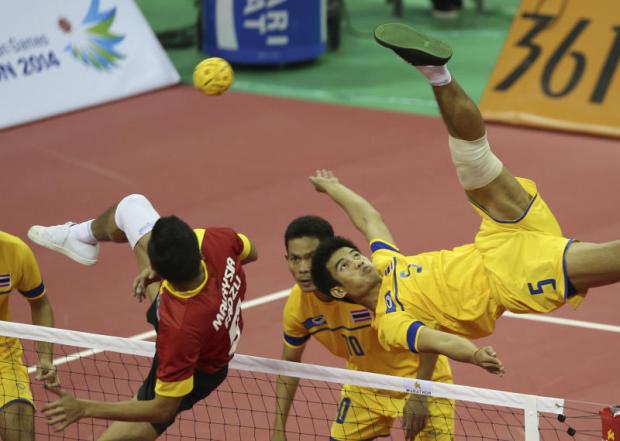 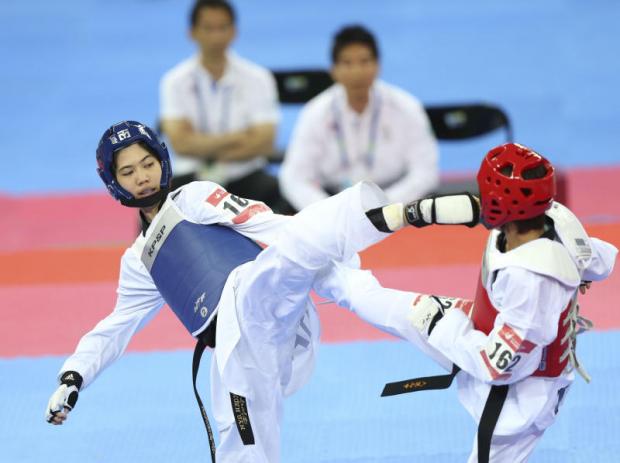 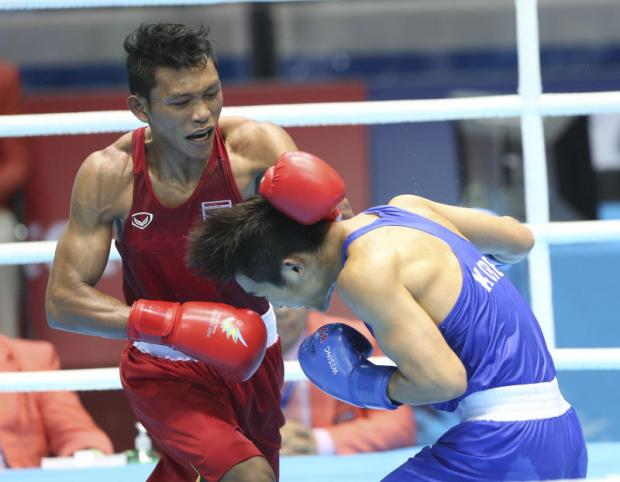