As Buri Ram gets MotoGP makeover, is F1 next?
Sports

As Buri Ram gets MotoGP makeover, is F1 next?

An Isan town with dreams of reinventing itself as a global sports hub faces its first test this week when it hosts the country's first MotoGP.

Tens of thousands of visitors are expected to flock to Buri Ram, the main settlement of a steamy rice-farming area playing the unlikely host to the Thailand Grand Prix.

Organising a MotoGP, the pinnacle of motorcycle racing, is already a victory -- but there is speculation that Formula One could be next in the sights of Buri Ram, whose racetrack is F1-certified.

With a population of just 30,000, Buri Ram has boomed in recent years on the back of multi-million-dollar investment in sports infrastructure.

Buri Ram got the nod for MotoGP after Bangkok scrapped moves towards a suggested Formula One night race on the streets of the Thai capital.

The MotoGP, which starts with practice sessions on Friday and culminates on Sunday, represents a step into the international limelight for the rural backwater.

Thailand has paid about $3 million a year for the rights to hold the race for three years, according to local media.

Some riders have already grumbled about the track being less exciting than others and about the addition of an extra leg, extending the season to 19 races.

Humidity and possible heavy rains could be a worry as well.

The season, now in its 15th race, is reaching its endgame with Marc Marquez closing in on a fifth MotoGP world title, with a 72-point lead in the standings.

"Nobody can be totally sure what to expect, which opens up the possibility of a surprise winner or an upset."

Marquez said he felt confident but he admitted that the weather may be a factor.

"The test has been good, we were very, very fast but now they told me that it's rainy season and everything can happen," he said.

The burden of arranging a world-class event requires levels of manpower and organisation previously unseen in Buri Ram.

Nearly 1,700 police officers will be on duty, hotels with 60 rooms or more are fully booked, and only small resorts outside of the provincial city or on Airbnb are available.

Campsites have also sprung up on online travel sites like Booking.com.

Securing the race is another feather in the cap for Newin Chidchob, an ex-politician-turned-sports mogul dubbed 'the Baron of Buri Ram' whose rural power base has made him a key political broker. 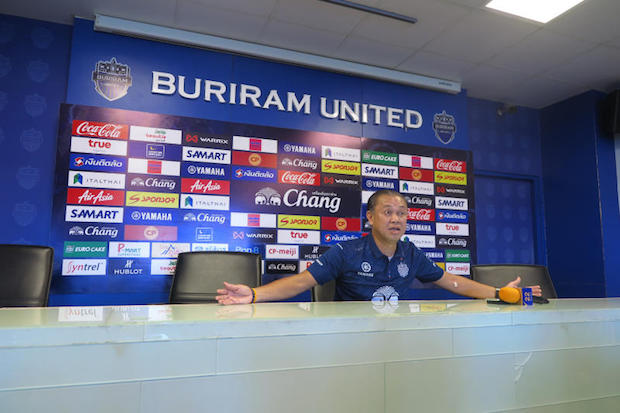 Mr Newin is eyeing a complete transformation of his hometown from an up-country pit stop to a hub which will draw three million people a year.

Thousands of jobs, hotel rooms and hundreds of restaurants have already followed in the wake of the stadium's construction.

For the money spent on the MotoGP, the payback is expected to run into billions of baht.

After MotoGP, there is much talk that Newin may try to entice the much bigger and higher-profile Formula One, fulfilling a long-held aspiration in Thai tourism and sports.

The mix of small towns and F1 has not always been sucessful, however. The Korean Grand Prix was dropped from the Formula One calendar only three years after it was unveiled in the rural county of Yeongam in 2010.

For now it is a guessing game as to whether Thais will show up in numbers. In a country where the daily minimum wage is about $10, tickets start at $60 for a seat in the stands and creep into the hundreds for VIP areas.

However, the early signs are good as tickets from the official MotoGP site are sold out.

"We have to evaluate after this first-year event," said Wandee Tiansawatkit, an advisor to the Buri Ram Hotel Club, adding that sentiment was "upbeat" about the race.

With millions of dollars at stake, the Thai government says it is prepared for the challenges.

"This is an important opportunity for our country to earn global recognition," Ruj Saeng-udom, the deputy governor of the Sports Authority of Thailand, told reporters. 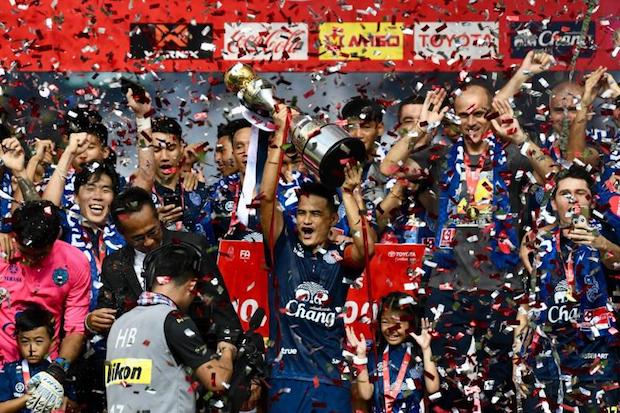