A year of unfulfilled expectations
Sports

A year of unfulfilled expectations

Thai League 1 has again failed to deliver on many counts and trimming its size in 2019 is unlikely to have a positive impact, writes Hanif Hassan

There were plenty of expectations on the part of fans when the Thai League 1 kicked off in February this year, but the country's top football competition petered out last week into a damp squib.

The only genuine piece of excitement came at the expense of top-flight veterans Bangkok Glass, whose efforts to dodge the bullet ended in a heartbreak as they were relegated to the second tier for the first time in the club's history, on the last day.

However, Bangkok Glass will have former giants Police Tero, who were relegated earlier, for company in the second division.

The other three teams to have been demoted this year are Navy, Ubon UMT United and bottom-placed Air Force Central.

And had it not been for a questionable Football Association of Thailand (FAT) decision to reduce the number of teams in Thai League 1 from 18 to 16 starting next season and relegate five clubs this year, both Bangkok Glass and Police, chaired by national police chief Chakthip Chaijinda, would have been enjoying another year in the top tier.

The Glass Rabbits are favourites to make a quick return to the top flight as their bosses have vowed to strengthen the club. 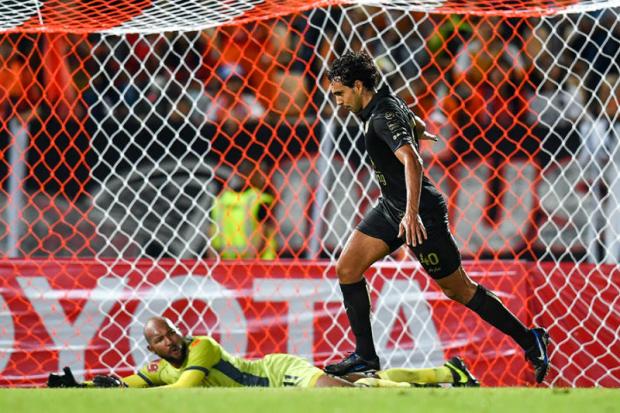 Buriram's Diogo Luis Santo scores one of his 34 league goals.

When Buriram United defended their title and lifted the coveted Thai League 1 trophy for a record sixth time with three games to spare late last month, they were only completing the formalities since the race for this year's crown had in fact ended much earlier.

Second-placed True Bangkok United gave up the chase over a month before the curtain fell and SCG Muang Thong United, the only team other than the Thunder Castle to win the tournament since the league's revamp in 2008, didn't have a hope in hell of winning this year.

Port, one of the busiest clubs in the transfer market this year, bolstered their ranks and were rewarded with a third-place finish ahead of arch-rivals Muang Thong United.

But nothing unusual there because the league had followed almost a similar script in the 2017 season, when Buriram had dominated ruthlessly while the others watched them helplessly from a distance.

In 2017 it was Super Power Samut Prakan and this season we had Air Force Central, but both leagues nevertheless had their whipping boys.

There were high hopes that some clubs would stand up and seriously challenge Buriram's domination but none did.

Buriram have once again earned their place in the AFC Champions League group stages next year, while Bangkok United will be trying to join the Thunder Castle in the main draw through the qualifying play-offs.

The other area in which the top flight failed miserably -- though not for the first time -- was delivering a Thai successor to celebrated striker Teerasil Dangda, who moved to Sanfrecce Hiroshima in the J-League this year.

There were a dozen goals each for Sumanya Purisai of Bangkok United and Worachit Kanitsribampen of Chonburi, but their efforts paled grossly in comparison to the 34-goal haul recorded by Diogo Luis Santo of Buriram United.

Brazilian forward Diogo has now scored 101 league goals for Buriram, making him the first player to break the century mark with one club.

Both Sumanya and Worachit were ranked joint 18th on the list of league scorers this year with 12 goals each.

Supachok Sarachart and Supachai Chaided made some impressive inputs for their club Buriram and the national U23 team. 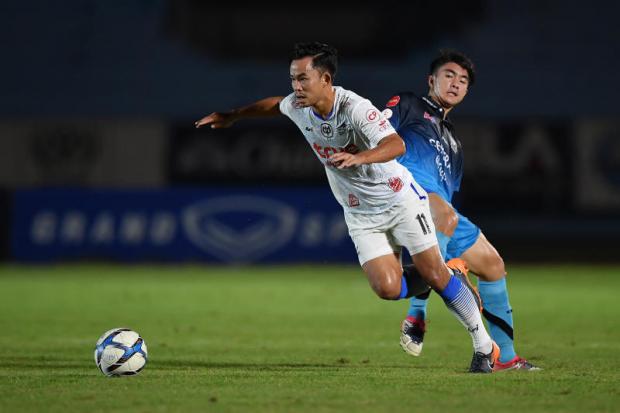 However, Chenrop Sampaodi disappointed in his role as Muang Thong's striker and skipper of the Thai squad for the 2018 Asian Games in Indonesia, where the War Elephants suffered the ignominy of being thrown out in the first round.

And that winless campaign at Jakarta Palembang 2018 ended Worrawoot Srimaka's reign as the Thai U23 side's coach and forced FAT president Somyot Poompunmuang to apologise to the country's football fans for the team's dismal show at the Asian Games.

For the past decade, it has been events like the Asiad and SEA Games which have time and again disrupted the flow of the league action, often reducing it to a farce.

Now on the pretext of helping the Thai players prepare better for the same or similar events, the FAT has gone a step further and reduced the number of teams in the top division to 16.

It is like shutting down two fully functional units and then expecting the factory to maintain an uninterrupted supply of quality products that meet the demands of a highly competitive market.

In all probability, the plan is highly unlikely to work.

The players in Thai League 1, besides earning more, have greater opportunities to both interact and compete with better players and learn from working under superior coaches, hence increasing the FAT's chances of finding finer players for its national squads.

In Asia, and especially in Thailand, a sport's popularity is directly proportional to the prima dona acts put on by its homegrown stars in premier competitions.

Since trimming of Thai League 1 very much resembles an act of shooting one's own foot, it is expected that the FAT's think tank will come up with an alternative strategy that will at least draw the steadily vanishing fans back to the stadiums across the country. 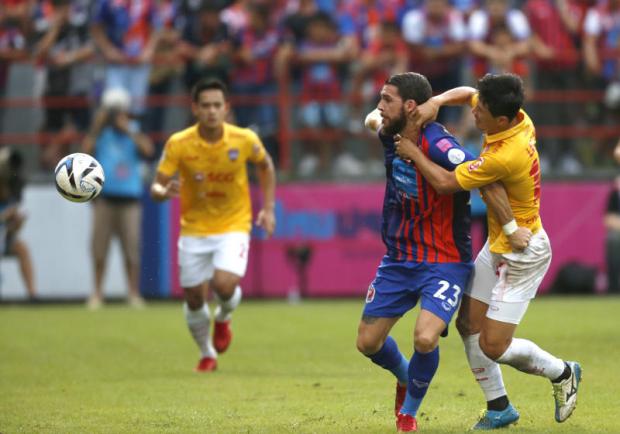 Port striker Dragan Boskovic, No.23, in action against Muang Thong. 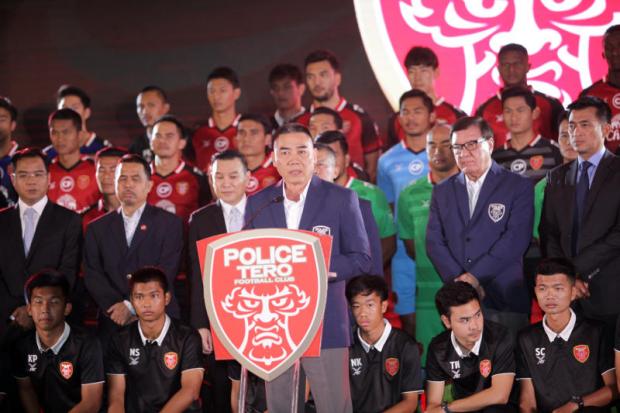 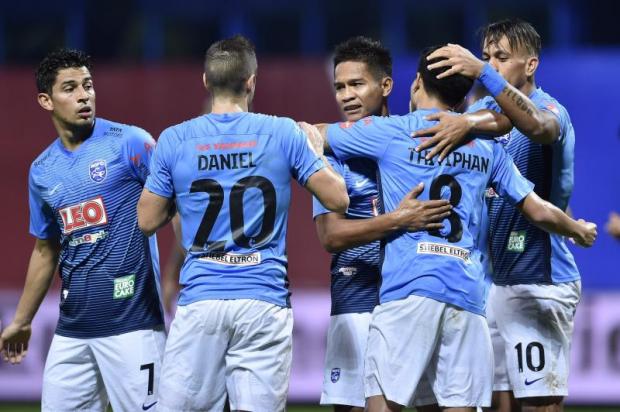 Bangkok Glass will play in Thai League 2 next year.