The PAT signed an MoU with Nualphan, who is the chairperson of Port FC Co Ltd, yesterday.

Pol Sub Lt Montree Lergchumniel, acting director of the PAT, said after signing the MoU: "The PAT has been supporting sporting activities in the country continuously. These include sepak takraw, futsal and football.

"Port FC have a long history and have been regular participants in the domestic football leagues for a long time.

"For many generations, the club has been producing top professional players, some of whom have served the national teams."

Nualphan said: "Since Port FC Co took over the management of the club in 2015, the team's results have improved.

"Last year, we finished third in Thai League 1 and created history by claiming 61 points -- the club's highest points in a single season. We are trying to continue improving the team and are hoping for better results this year." 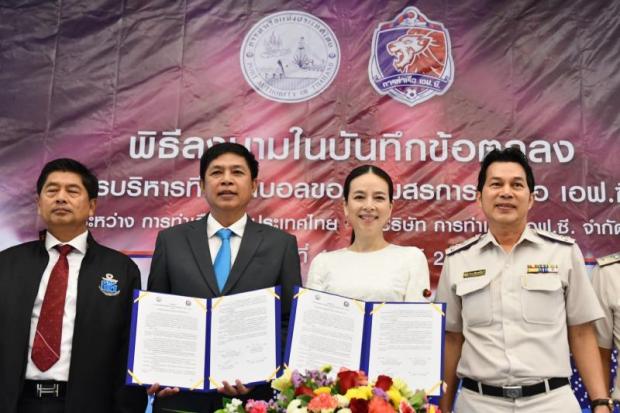 A Dutchman has been arrested in Phuket on a charge of illegally catching parrotfish in the waters of Mu Koh Phi Phi National Park in Krabi province, after a TikTok video of him spearfishing drew outrage from local residents.

Former Malaysian navy chief Ahmad Ramli Mohd Nor was charged with three counts of criminal breach of trust in relation to a 9 billion ringgit contract for littoral combat ships.