Can anyone knock down the towering Thunder Castle?
Sports

Can anyone knock down the towering Thunder Castle?

A lot has changed since Buriram United lifted the coveted Thai League 1 trophy for a record sixth time in September and that include some noteworthy modifications in the defending champions' line-up as well.

However, as has been the case for the past many years, one fact remains unaltered again this year: Newin Chidhob's Thunder Castle continue to be the title favourites.

The kick-off of the trimmed 16-team top flight is set for Friday and Buriram United will be playing their first game against Chonburi on Saturday without their prolific striker Diogo Luis Santo, the man who was the northeastern giants' main weapon to mow down foes.

Unconfirmed reports suggest that it was an unhappy ending details of which have been kept close to chest by both Buriram management and the player, who has moved to Malaysia Super League champions Johor Darul Ta'zim. 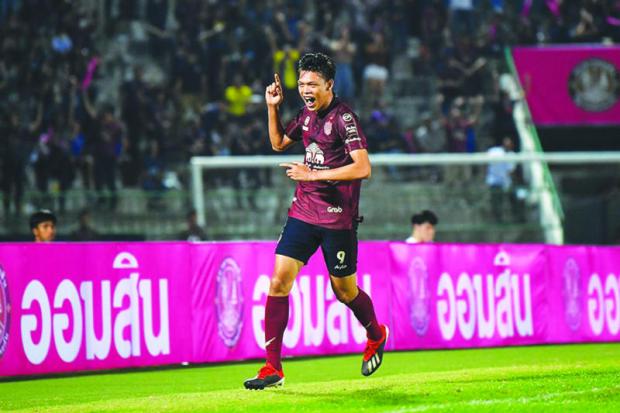 Diogo was the Thai top flight's highest scorer last season and named the country's best foreign player of the year. Reports in the Thai press say his transfer fee was in the region of 100 million baht.

While Buriram have been prophesied to be hurt by the departure of the Brazilian star, their president Newin has shown no signs of worry, insisting: "No matter who comes or goes, we will be champions again."

Newin's claim received an emphatic endorsement this month when the Thunder Castle saw young forward Supachai Chaided score twice and their new signing Modibo Maiga of Mali add the third to bag their first silverware of the year, beating Chiang Rai United 3-1 in the Champions Trophy.

The match, which signals the start of the new season, pits the league champions against the FA Cup winners. 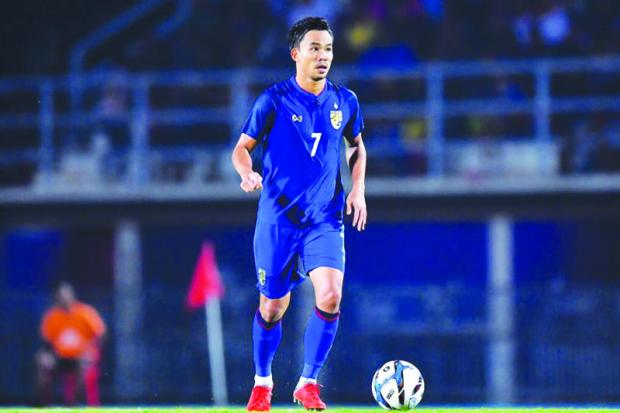 For the past couple of years, True Bangkok United have been tagging themselves as the next real thing in Thai League 1 only to fall by the wayside much before the race is over.

This year they have signed a host of new players, including former and present national team stalwarts like right-back Tristan Do, who was impressive with the War Elephants at the Asian Cup last month, and left-back Peerapat Notechaiya, but in the pre-season games they have yet to show the ruthlessness that is needed to slay a giant like Buriram United.

Coached by Mano Polking, the capital side saw their hopes of making it to the group stage of the AFC Champions League bite the dust at the first hurdle as they lost to Hanoi FC in the second play-off round on Tuesday night.

But it seems that his men need to move up a gear or two to challenge the domination of Buriram.

Former champions SCG Muang Thong United have also been busy but not with the fanfare that normally accompanies the club's activities.

The Kirins have parted with a princely sum of 150 million baht to prepare their squad which already boasts the presence of national team strikers Teerasil Dangda and Adisak Kraisorn.

They recently unveiled Dang Van Lam, the Vietnam goalkeeper who has completed a switch from Hai Phong FC and will wear the No.1 jersey for the Kirins in the upcoming season.

Muang Thong coach Phairoj Bovornwattanadilok, who joined the club in the close season, said Dang's arrival could be the answer to the club's goalkeeping problems.

Another top-flight side Port have also been busy in the off-season, signing up as many as eight players to bolster their ranks and files for the new season.

Port had finished in third place in the 2018 season -- one place above the Kirins -- and are hoping to do better this year. 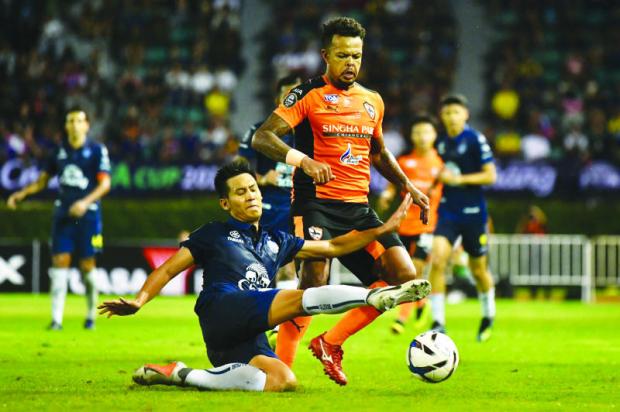 Their chairperson Nualphan Lamsam, known as Madame Pang to the local football fans, has so far refrained herself from declaring her squad as potential candidates for the trophy.

Nualphan, however, did say that the Port Lions are keen on launching a formidable challenge and that "we have signed the players who we believe can help us reach our goal."

Among the eight new members of the team are midfielders Go Seul-Ki (from Buriram United) and Sumanya Purisay (True Bangkok United), who won the Football Association of Thailand's 2018 Thai League 1 MVP award.

Former South Korea midfielder Lee Yong-Rae has joined the northern club but their scoring mainstays continue to be Brazilians Bill Rosimar and Brinner.

The club first lost their coach Alexandre Gama and then Jose Alves Borges left the team by "mutual consent" a day before their 3-1 AFC Champions League victory over Myanmar's Yangon United 3-1 on Tuesday night. They are now being coached by a third Brazilian, Ailton Silva. 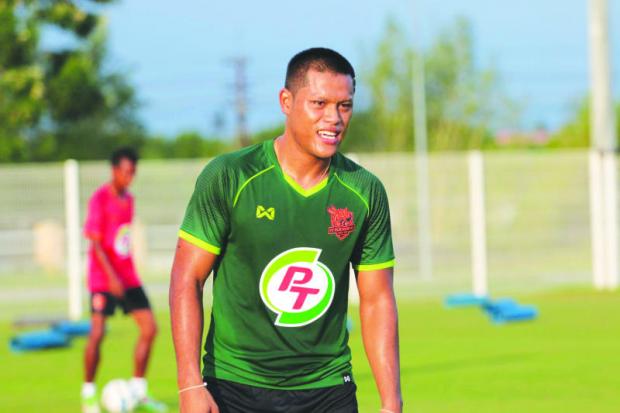 There is a long list of teams who are likely to provide the element of surprise during the course of the season with last year's surprise package PT Prachuap topping the list.

Prachuap mostly rely on Thai talent and have the services of national team striker Srirod Chatthong at their disposal.

Chainat, Chonburi, Ratchaburi and Sukhothai are the other teams in the league who are capable upsetting the giants along the way and steal a few headlines here and there.

Chiangmai, PTT Rayong, Samut Prakan City and Trat are the newcomers and traditionally expected to be the most likely candidates for relegation at the end of the season.