The War Elephants' new coach Akira Nishino is not making any long-term promises but the Japanese is convinced that Thailand have enough talent to reach the World Cup finals and the Olympic Games. 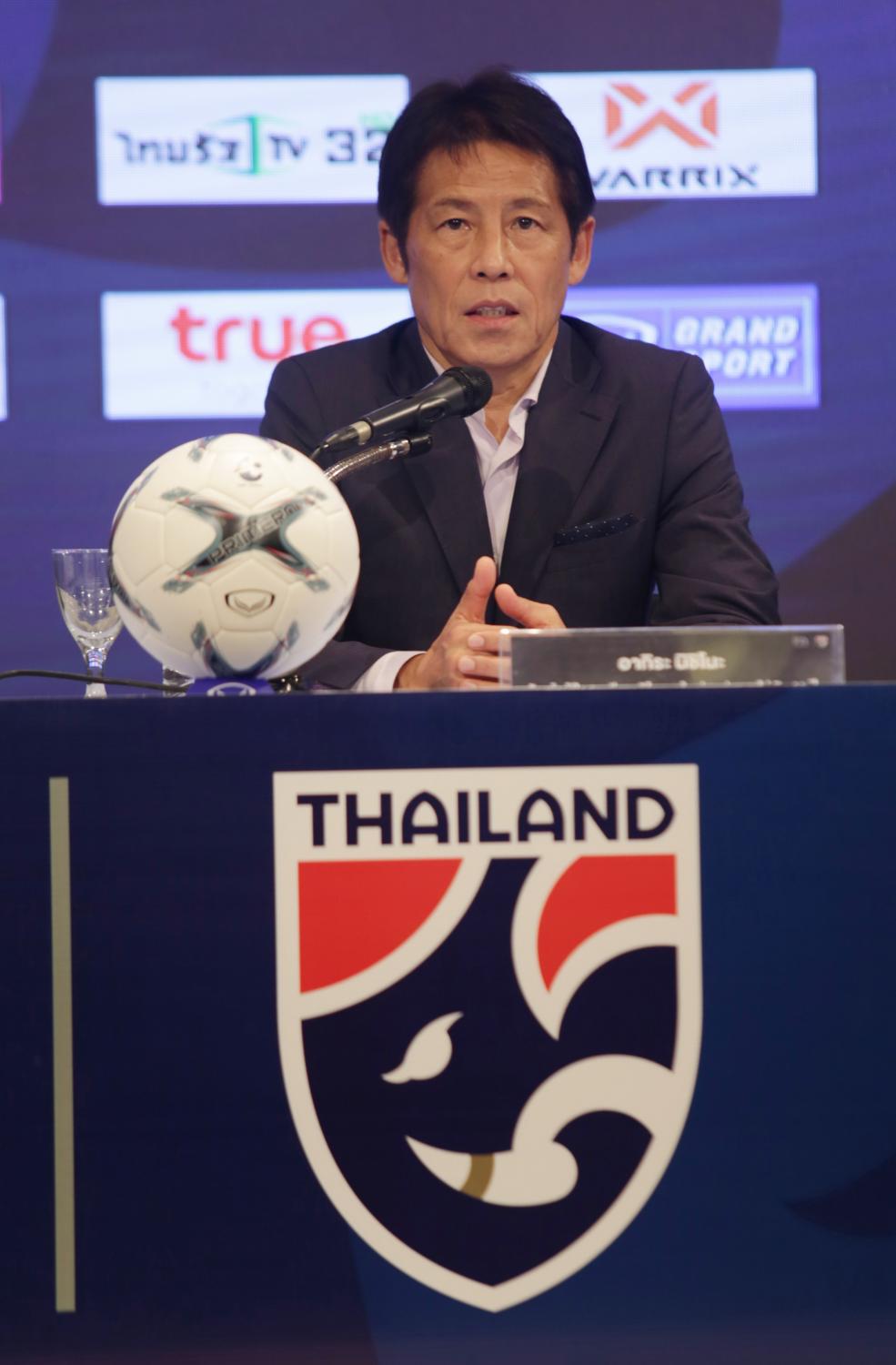 In his first meeting with the Thai media on Sunday, Nishino said: "I have had the opportunity to observe the Thai national team players in the past and I think they have the ability to make it to the World Cup finals and the Olympic Games."

The 64-year-old former Japan coach said it would be better "if we take the things on a match-by-match basis. I think it is too early to set any long-term goals.

"The first thing is to prepare ourselves and try and beat Vietnam in our first World Cup qualifier."

Thailand face Vietnam, winners of this year's King's Cup in Buri Ram, in a home game on Sept 5. The other teams in Group G are Malaysia and Indonesia with the United Arab Emirates being the seeded country.

"I think 10 days will be enough to prepare the team for the Vietnam game," added Nishino.

"Thailand group resembles the SEA Games tournament with so many Asean teams in there.

"It makes things easier in the sense that we won't have to travel long distances, but it doesn't necessarily mean that it will be easy for us to make it to the 12-team third stage of the 2022 World Cup qualifiers."

Nishino, who guided Japan to the 2018 World Cup last 16 stage, said he will be coming to Thailand alone and will prefer to be assisted by the local coaches.

"I think the Thai coaches are good enough to help me with the task of building up strong national squads," he said.

"There will be no interference in his work from the FAT," said Somyot.

The FAT chief would not reveal the details of Nishino's contract but added that there was a "clause that allows us to review his performance after every tournament."

WASHINGTON: A well-known "rule of paw" holds that you can tell how old your pooch is in human terms by multiplying its age in years by seven.

The Real Ghosts television programme is facing scrutiny over its controversial depiction of local historical figures in one of its episodes.

VAR in the dock as Man Utd down Villa, Spurs frustrated

LONDON: Manchester United were given a controversial helping hand by VAR in their 3-0 win at Aston Villa, while Tottenham suffered fresh frustration at the hands of the review system in their 0-0 draw at Bournemouth on Thursday.