Ratchanok scrapes through to last 8
Sports

Ratchanok scrapes through to last 8

Ratchanok Intanon dug herself out of a hole to fend off two match points and keep her quest for a second world title on track in Basel, Switzerland, yesterday. 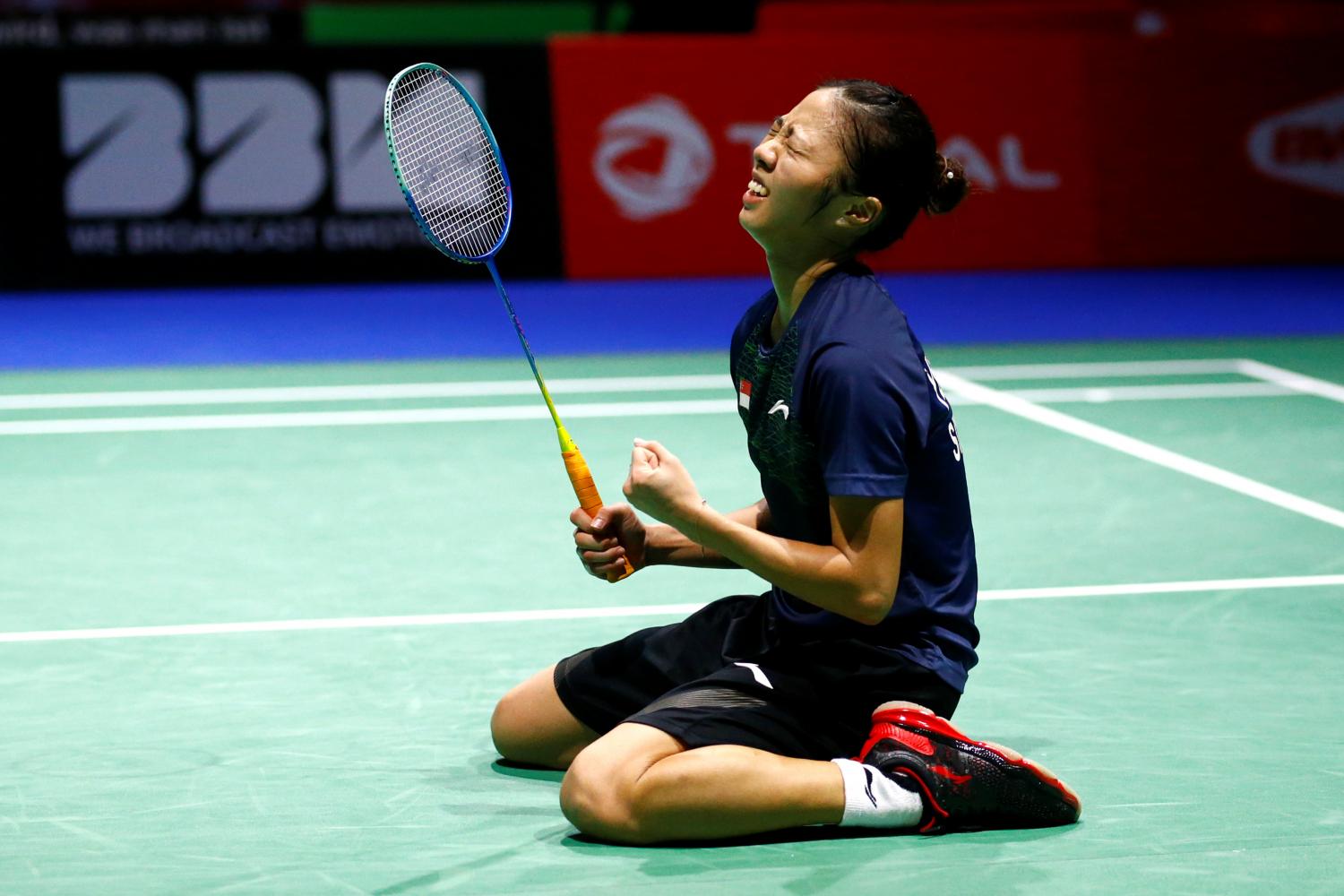 The Thai seventh seed rallied after dropping the first game to beat Gregoria Mariska Tunjung of Indonesia 18-21, 23-21, 21-10 and book her berth in the quarter-finals of the BWF World Championships at St Jakobshalle in Basel.

The comeback maintained Ratchanok's perfect record against Tunjung as the Thai has now won all of their six meetings.

Ratchanok, who had never lost to 14th seeded Tunjung in their previous five meetings, was in danger of suffering a shock defeat after an error-strewn performance left her facing match points at 18-20 in the second game.

Ratchanok somehow pulled herself out of deep trouble, winning three straight points to go 21-20 up before taking the game at 23-21.

Tunjung looked dispirited from that point on, knowing her best opportunity to end a terrible record against Ratchanok had slipped away and the Thai star ran away with the deciding third game, dropping just 10 points in the process.

Ratchanok, who won the championship in 2013 to become the youngest ever singles world champion at the age of 18, will play unseeded Yeo Jia Min for a place in the last four.

The world No.32 from Singapore continued her dream run in Basel with a tough three-game win over eighth seed Yu Thi Trang of Vietnam. Yeo stunned top seed and world No.1 Akane Yamaguchi of Japan in the second round.

He set up a last-eight clash against the 2017 world champion Nozomi Okuhara of Japan.

Thai men's singles hope Kantaphon Wangcharoen was due to play Srikanth Kidambi of India in the last 16 later last night.