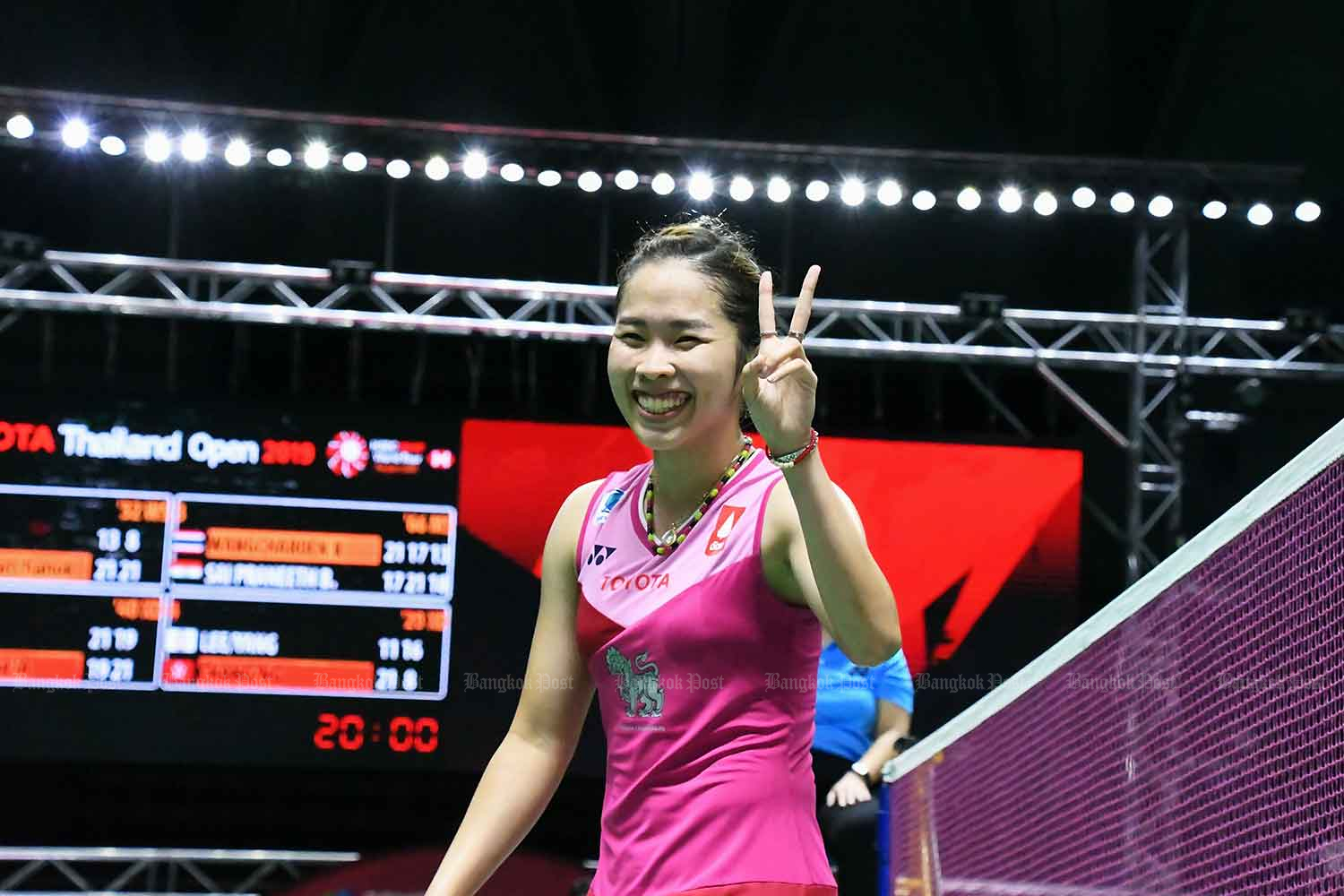 Nitchaon Jindapol, however, failed to join her compatriots in the last eight, losing to fourth seed Nozomi Okuhara of Japan 21-10, 21-11.

Ratchanok will next play third seed and defending champion Chen Yufei of China, while Busanan will meet Canada's Michelle Li, winner at the Macau Open on Sunday, who beat Malaysia's Soniia Cheah 21-14, 21-10.

Dechapol and Sapsiree, chasing their fourth title of the year, cruised past Tan Kian Meng and Lai Pei Jing of Malaysia 21-12, 21-17.

The Thai duo, who won the Macau Open on Sunday, will play another Malaysian pair, Goh Soon Huat and Shevon Jemie Lai, for a place in the semi-finals.

There were no Thais left in the women's doubles event after Puttita Supajirakul and Sapsiree Taerattanachai lost to holders Lee So-Hee and Shin Seung-Chan of South Korea 20-22, 21-12, 13-21.

Men's and women's top seeds Kento Momota, the title-holder, of Japan and Tai Tzu-ying of Taiwan both advanced to the last eight as did Danish duo, fourth seed Anders Antonsen and seventh seed Viktor Axelsen.

Migrant workers in the kingdom have been hit hard by the economic impact of Covid-19.

B39bn for handouts gets nod