It was a 'sweet' day for Thai shooter Napis Tortungpanich and badminton star Ratchanok Intanon as both scored wins for the Kingdom at the SEA Games in the Philippines on Monday.

Napis, who is reportedly dating Ratchanok, won the gold medal in the men's 10m air rifle.

"Athletes from other countries have also improved particularly those from Indonesia," he said.

He said he had not talked to Ratchanok much lately because they had to switch their focus to the Philippines Games.

"But I received an encouraging message from her before Tuesday's competition," said Napis, who will next team up with Thararat Morakot in the 10m air rifle doubles.

"I will go to cheer May [Ratchanok's nickname] tomorrow." 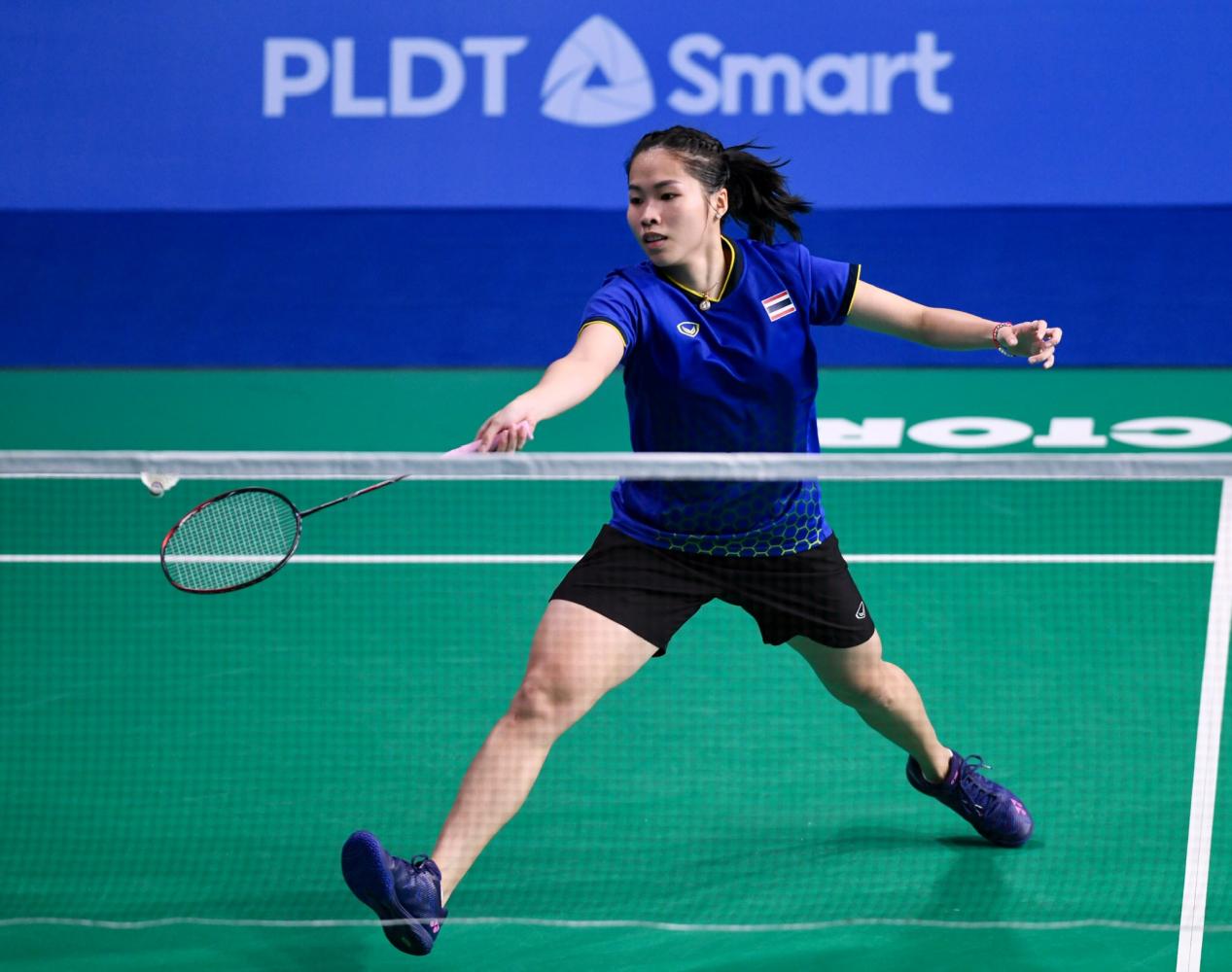 In Tuesday's final, the Thai suttlers will meet Indonesia, who defeated Singapore 3-1 in the last four on Monday.

Ratchanok will only play in the team competition as she is scheduled to take part in the BWF World Tour Finals in Guangzhou, China, next week.

SEA Games venues and officials in the Manila region said on Monday they are "ready" as powerful Typhoon Kammuri churned towards the Philippines.

There was no talk of cancelling the Games as the storm headed for a swathe of the nation's north that includes key competition hubs as well as thousands of athletes, and had already impacted scheduling.

Forecasters predict the typhoon will make landfall early Tuesday hundreds of kilometres southeast of the capital, with intense rains and potent wind gusts of up to 185kph (115mph).

"For contingency, all venues, all competition managers, technical delegates are ready."

Kammuri caused problems for the competition's plans before landfall. Windsurfing was halted as a precaution and triathlon events were held earlier than scheduled, an official said at the weekend.

Officials told reporters that each sport is overseen by managers and ultimately they would make the call on any possible cancellations or rescheduling.

"The proper timing of when to postpone them [events] is decided by the technical delegate or the one that is in charge of the sport," said Celso Dayrit, SEA Games Executive Committee Chairman.

As part of the contingency plan "in place a long time ago", Games organisers have told venues to dismantle temporary structures like tents for officials, security and catering or outdoor branding over fears they could be ripped away by the strong winds.

Organisers did not elaborate on the broader contingency plans or the decision making process, but cited the example of how an indoor event could be impacted.

"For example, basketball or volleyball, normally if there are typhoons, which has been done, the competition continues if necessary but without spectators," Suzara said.

As of Monday, windsurfing was halted as a precaution and triathlon and duathlon events were held earlier than scheduled.

Suzara ruled out any extension to the Games, which is due to end on Dec 11 after opening on Saturday.

Earlier this year at Japan's Rugby World Cup, three matches were cancelled as Typhoon Hagibis approached the country -- one of the biggest and most powerful storms Japan has seen in many years that would eventually kill more than 80 people.

The sheer size of the storm -- it covered the vast majority of the Japanese archipelago -- and the ferocity of the winds left the organisers with little choice but to cancel the games before landfall.

Around 8,750 athletes and team officials are expected at this year's 30th edition of the SEA Games along with another 12,000 volunteers.

After only two competition days, the Philippines have ready surpassed their 24 gold medal tally at the previous Games in Malaysia in 2017.

Thanks to their dominance in dance sport and arnis, the country's martial art, the Philippines have won 39 titles at press time last night.

Vietnam were distant second with a haul of 15 gold medals, with Thailand in fifth place with six titles to their credit. 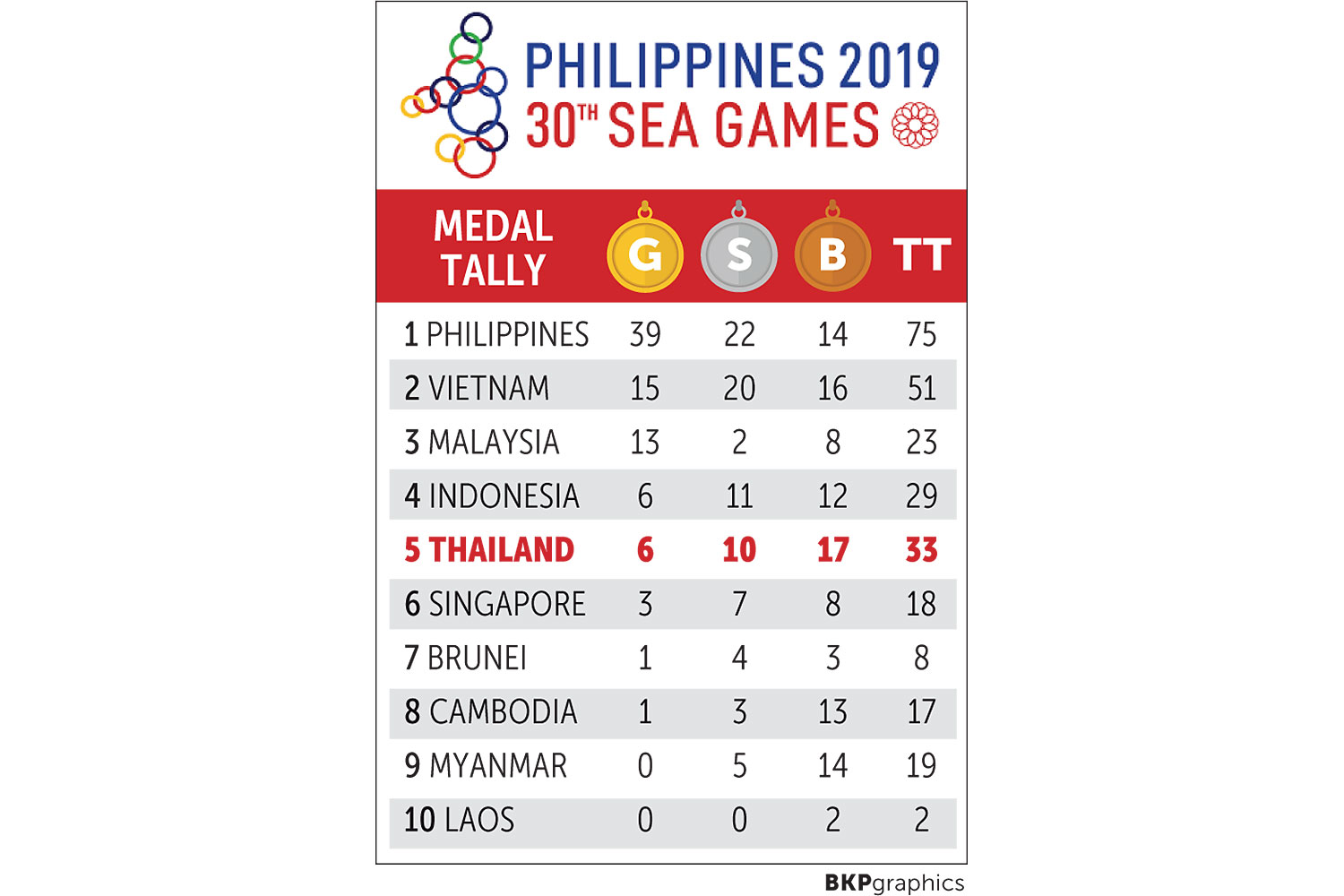