Judo and petanque stars the main contributors as beach volleyball, canoeing add one each

The petanque doubles teams with their gold medals.

Ikumi Oeda and Thonthan Satjadet topped the podium for Thailand as the team boosted their gold medal haul in the biennial tournament to six so far while Kittipong Hantratin added a silver medal.

The Thai Petanque teams collected two gold medals yesterday, while the Kingdom's stars also won one gold each from canoeing and beach volleyball.

The Kingdom's athletes have won 23 gold medals so far, while the Philippines continued to dominate with 71, followed by Indonesia (40) and Vietnam (38) at press time.

Kittipong lost to Le Anh Tai of Vietnam in the men's 90kg final but Ikumi quickly made up for the disappointment with her victory over Aung Aye Aye of Myanmar in the women's 78kg final at Laus Group Event Center.

Thonthan then made it two for Thailand after she defeated Nguyen Thi Nhu Y of Vietnam in the women's over-78kg final.

The petanque players were also in dominant form, sweeping both gold medals on offer yesterday in the men's and women's doubles deciders at the Royce Hotel in Clark City. 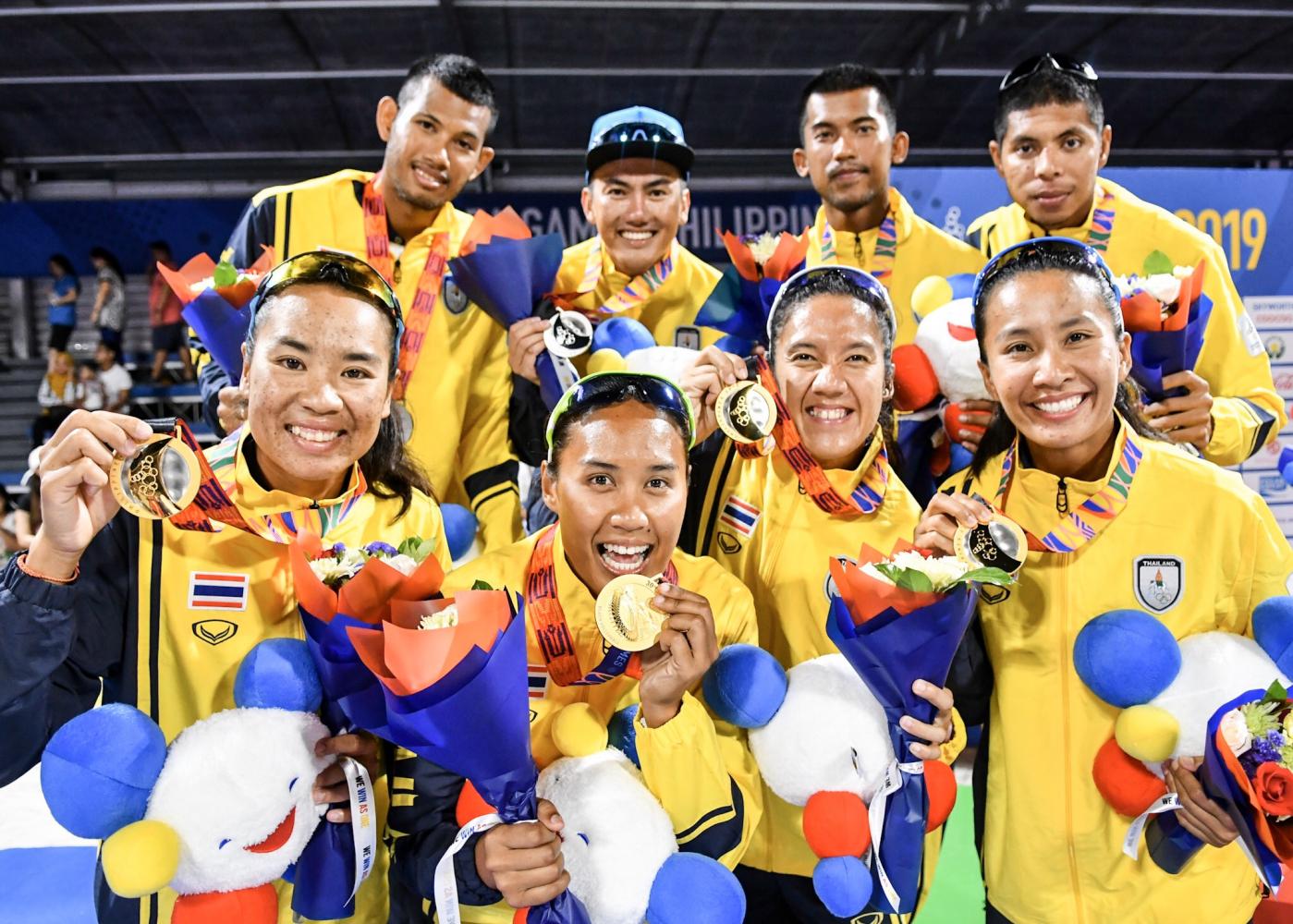 Beach volleyball players celebrate with their gold and silver medals.

Orasa Thiangkathok won bronze in the women's singles 500m race with a time of 02:36.16min.

Indonesia and the Philippines took silver and bronze respectively.

However, their men's compatriots had to settle for a silver medal after losing to Indonesia 2-0 in the final yesterday at Subic Tennis Court.

The Philippines won the bronze medal.

The men's sabre fencing team also had to settle for a silver medal after they lost to Vietnam 39-45 in the gold medal match at World Trade Center in Manila yesterday.

The women's volleyball team will take on Vietnam in their last match of the preliminary round today at Philsports Arena.

The Thai spikers, who are the 11-time defending champions, head into the match on the back of two successive victories, while the Vietnamese also have two wins to their credit.

The Philippines (0-2), who lost to Thailand on Wednesday, will play Indonesia (0-2). 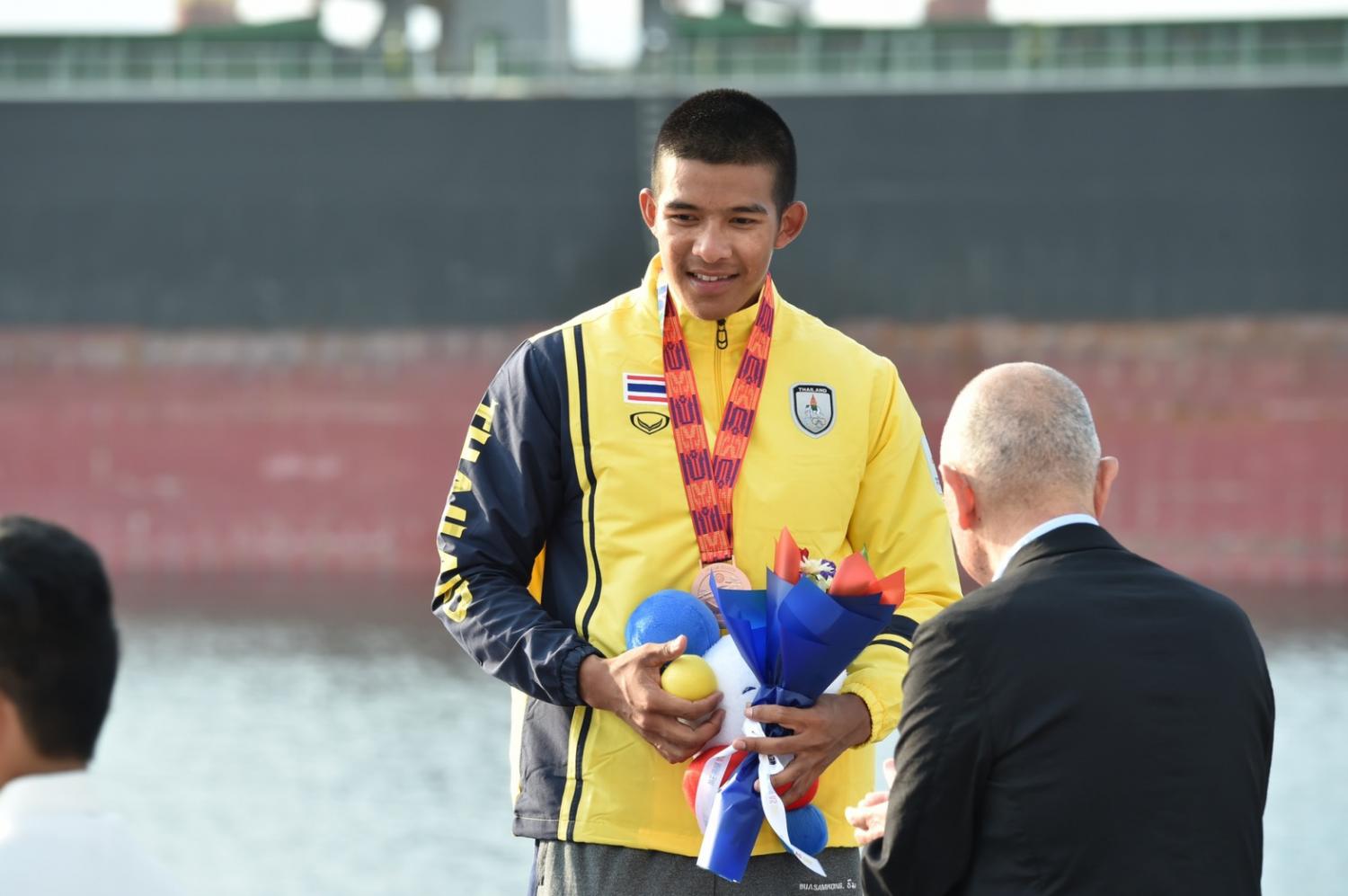