Can Nishino do it for Thais as well?
Sports

Can Nishino do it for Thais as well?

Thailand coach Akira Nishino will be hoping for a deja vu from more than two decades ago when the War Elephants square off against mighty Saudi Arabia in the AFC U23 Championship quarter-finals on Saturday. 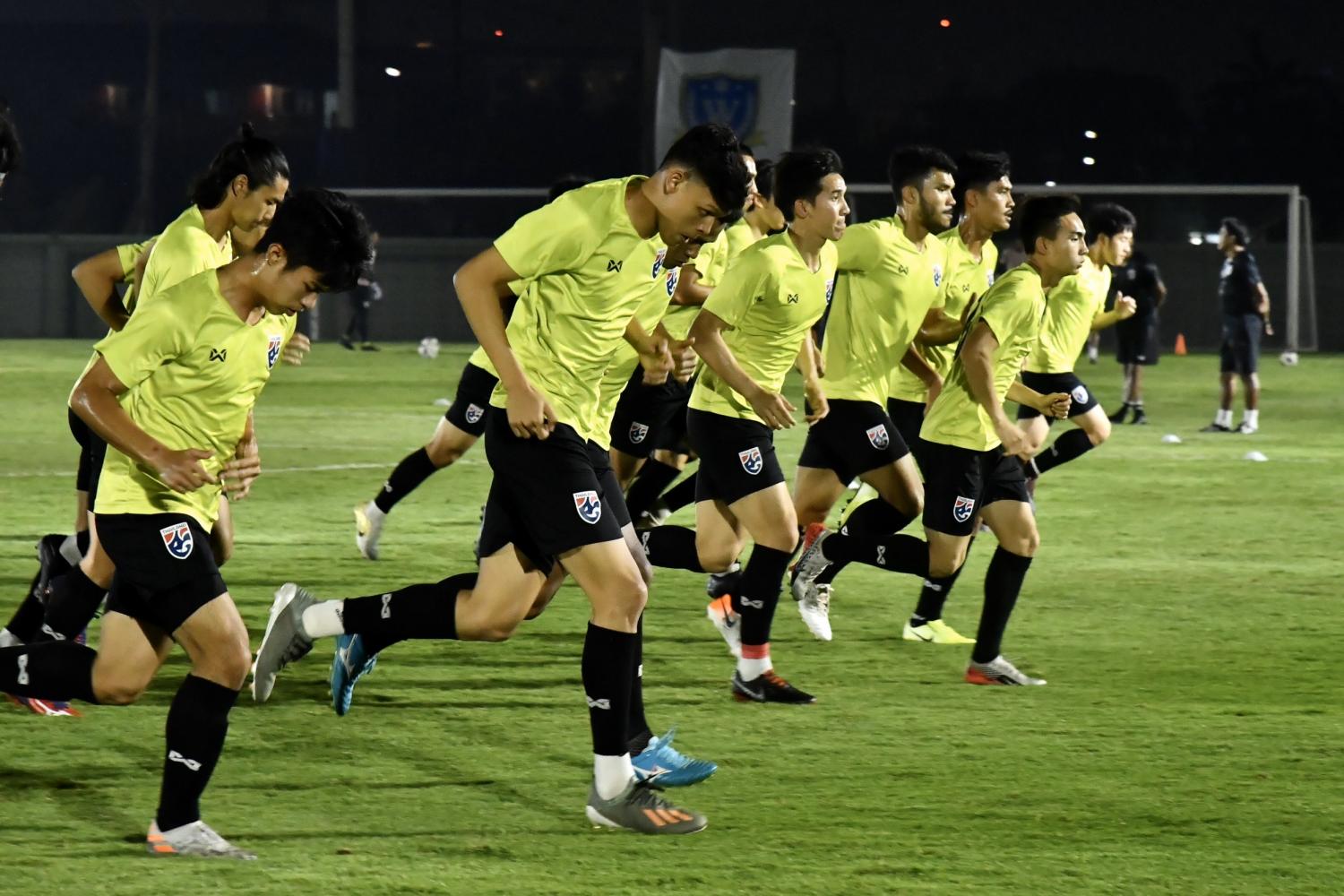 Thailand players attend a training session last night ahead of their game against Saudi Arabia on Saturday.

Nishino became a household name in Japan when he guided his country to a victory over Saudi Arabia in their last qualifying battle and ended their 28-year Olympic exile with a place in the 1996 Atlanta Games.

Hosts Thailand have already achieved a milestone by reaching the knockout phase of the event for the first time in their history.

The Thais would want to continue their impressive run with a victory over Saudi Arabia in their quarter-final, which kicks off at 5.15pm at Thammasat Stadium in Rangsit and will be televised live by Channel 7 and Fox Sports.

Also today, Australia take on Syria in the other quarter-final at Bangkok's Rajamangala National Stadium at 8.15pm.

Nishino, after almost 24 years, comes face-to-face with the same opponents and he is once again charting a game plan which will help the Thais seal their place in the semi-finals.

"That was an unforgettable game against Saudi Arabia, and to go to the Olympics," said Nishino, who also led Japan's senior team to the last 16 round at the 2018 World Cup.

"For me it was an unforgettable game and I wish we could do the same with Thailand.

"Saudi Arabia used to have a traditional style using strength and speed, but recently they have been changing to a more modern style.

"They have improved and what we have to do is enhance our strengths against Saudi Arabia.

"We have ability and home advantage and I keep telling the players to be confident in that."

On the eve of the match, the veteran Japanese coach also had another advice for his players: Play the way you train.

"The knockout stage is different from the group stage as there is more pressure on the players," said Nishino.

"We will face a team like Saudi Arabia, so we will take the field as the underdogs. The Saudi players have lots of potential and are very skilful.

"However, the most important thing is to stick to our own style, play slick football and move the ball around all the time.

"The boys must play the way they train and use the things they are taught in training.

"To be honest, this team doesn't have much experience and they only have experience at Asean level and not international level, so in this tournament I'm a little bit worried."

Forwards Supachai Chaided, Supachok Sarachat and Suphanat Mueanta, who have already played for the senior national team, are expected to start against the Saudis.

Thailand were runners-up in Group A after beating Bahrain 5-0, losing 2-1 to Australia and drawing 1-1 with Iraq.

Saudi Arabia will go into the game as favourites having topped Group B ahead of Syria, Qatar and Japan.

However, their coach Saad Al Shehri said his side face a major challenge against the hosts.

"I think we have a difficult match," he said. "We will play against the home team and they have had one day more rest than us.

"Also they have a good coach so we must be ready and prepare our team mentally, tactically and physically for this game. We hope we can get through to the next round.

"It's important we're more concentrated on the game, especially at the start, and after that we hope we can make a good game and a good result."

Dad not convinced debt was behind family suicide

The father of a second-hand car dealer who died by carbon monoxide poisoning along with his family at their home in Phitsanulok isn't convinced his son committed suicide over a debt, it was reported.

The unease caused by Covid-19 is expected to drag down Thai tourism for more than six months, triggering airlines to slash ticket prices to steer the market.