Nao Hibino stretches for a forehand return during her quarter-final match against Elina Svitolina at True Arena Hua Hin.

HUA HIN: Nao Hibino scored a career-best victory as the Japanese on Friday ousted top seed Elina Svitolina from the GSB Thailand Open presented by E@ to move into the semi-finals at True Arena Hua Hin.

The world No.84 had a 0-6 career record against players in the top 10 approaching this last-eight encounter but took command in the middle of the first set before accelerating to a surprise 6-4, 6-2 victory in one hour and 18 minutes.

And it was amply deserved, with the 25-year-old showing a lovely array of power, touch and determination to overcome a player she managed to win only three games against when they previously met in Hong Kong in 2018.

The fourth-ranked Svitolina had the opportunity to break in the third game of the match, but it was saved by a daring drop shot, the type of which typified Hibino's play.

Hibino will meet the winner of the last quarter-final match between third seed Wang Qiang of China and Swiss qualifier Leonie Kung.

Unseeded Chinese Xiyu had knocked out second seed Petra Martic of Croatia in the first round on Tuesday.

"I didn't have any expectation coming into this week's tournament so to be able to reach the semi-finals here is a great feeling," said Tig. 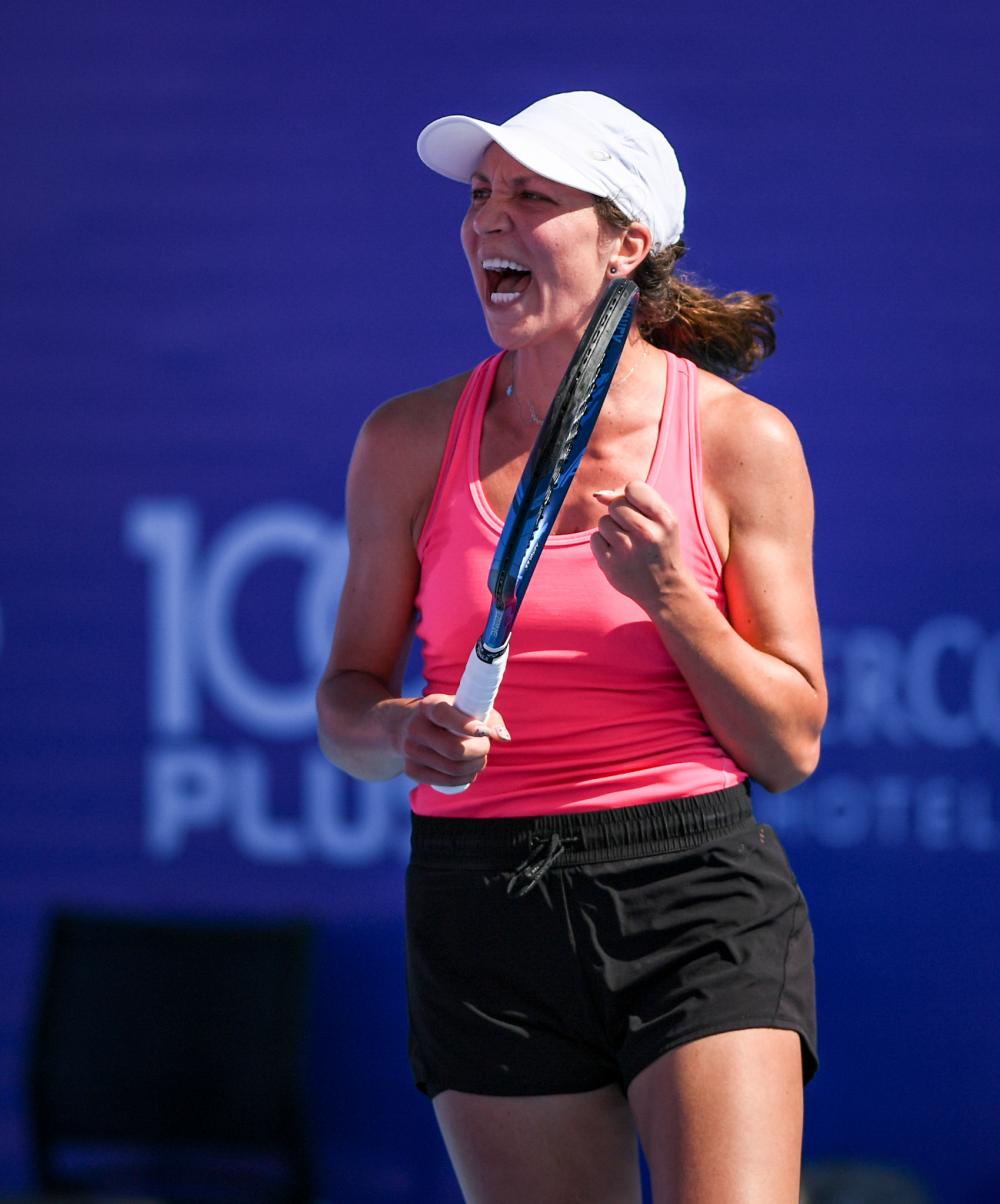 Australian pair Arina Rodionova and Storm Sanders booked their berth in the doubles final after Ankita Raina of India and Rosalie Van Der Hoek of the Netherlands retired in their semi-final match on Friday.

The Australians cruised through the opening set, dropping just one game, and led 3-0 in the second before their opponents pulled out because of Van Der Hoek's abdominal injury.

Meanwhile Tamarine Tanasugarn and her Ukrainian partner Kateryna Bondarenko bowed out in the quarter-finals.

Tamarine, the last Thai player in the tournament, and Bondarenko lost to Barbara Haas of Austria and Ellen Perez of Australia 6-3, 6-4.

Haas and Perez will battle it out against Chinese pair Shuai Peng and Wang Yafan for a place in tomorrow's final.

"Actually, today we played quite well but our opponents hardly made any mistakes," said Tamarine. "Kateryna is a good player. She helped me a lot during the match."

Tamarine, who turns 43 in May, said her goal this year is to qualify for the Olympics in Tokyo.

"My goal is to qualify for the Olympic Games in Tokyo. I have to gain points in the doubles rankings. I have to play more matches, especially in the challenger events." wtatennis.com/bangkok post