Muang Thong lost 1-0 to lowly Trat, Bangkok United were beatn 5-4 by Sukhothai and Buriram were defeated 2-1 by Nakhon Ratchasima.

Gama, who joined Muang Thong last year, has been linked with a move to his former club Buriram and Bangkok United.

The Macedonian was popular among Muang Thong fans during his first stint as a player with the Kirins from 2012-2015. He helped the team win the league title in 2012.

Gjurovski, 34, returned to SCG Stadium last season before hanging up his boots earlier this year.

"Our executive board has decided to appoint Mario Gjurovski, our former great player, as our coach," said Muang Thong director Ronnarit Suewaja. "We believe that Mario will receive support from our fans." 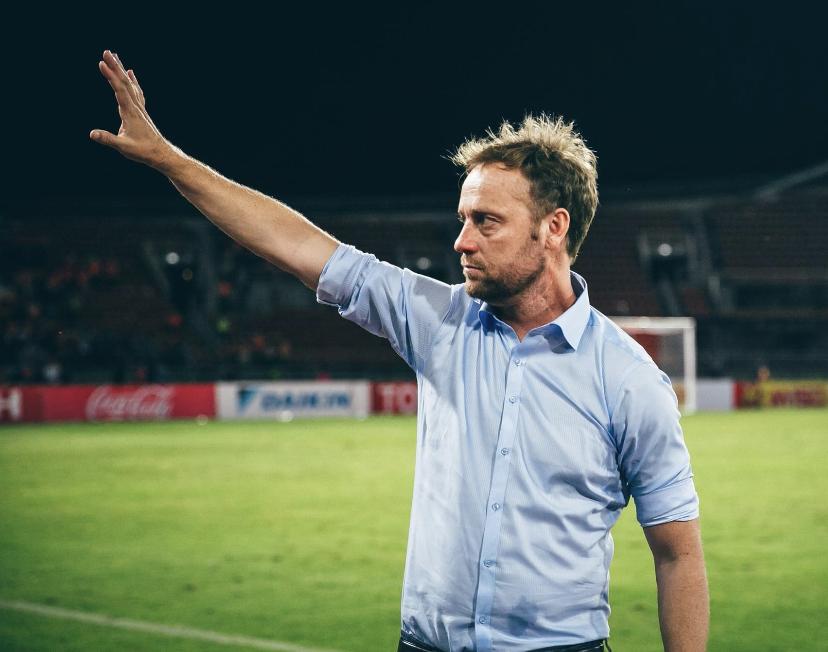 Gjurovski, whose only previous coaching job was overseeing Muang Thong's B side, began his new role on Monday.

Muang Thong are 11th in the 16-team Thai League 1 with 10 points, just four above the relegation zone and one behind Buriram.

Polking, meanwhile, announced his resignation as coach of Bangkok United on Sunday night after the team lost to Sukhothai for their fourth successive defeat.

Bangkok United were joint leaders with a perfect record after four games before the campaign was suspended in March due to the Covid-19 pandemic.

But since the campaign resumed last month, Bangkok United have earned only one point from five matches.

After nine games, they are seventh on 15 points, eight behind leaders BG Pathum United.