John Baggio and Ibson Melo scored for the hosts, who moved up to fifth place.

The match was moved forward because Chiang Rai have to play their remainng group games in the AFC Champions League in a 'bubble' in Qatar later this month.

Chiang Rai fielded two Brazilian strikers Bill Rosimar and Jakson Coelho but it was the Fire Bats who were sharper thanks to the partnership of Madagascar's Baggio and Brazil's Ibson.

Sukhothai dominated for long periods in the first half and deservedly went ahead in the 40th miniute with Baggio's strike.

Bill and Jakson had a quiet night for the Beetles and Sukhothai put the match beyond any doubt when Ibson scored with three minutes to go.

Once an all-conquering side, Buri- ram are now only two points above the red zone.

This will be a good opportunity for them to secure three precious points in their fight for survival.

Buriram brought back Alexandre Gama last month but the Thunder Castle under the Brazilian coach got off to an unimpressive start with one draw and one defeat in the league.

However, their confidence should be boosted by their 9-0 win in the FA Cup at the weekend. 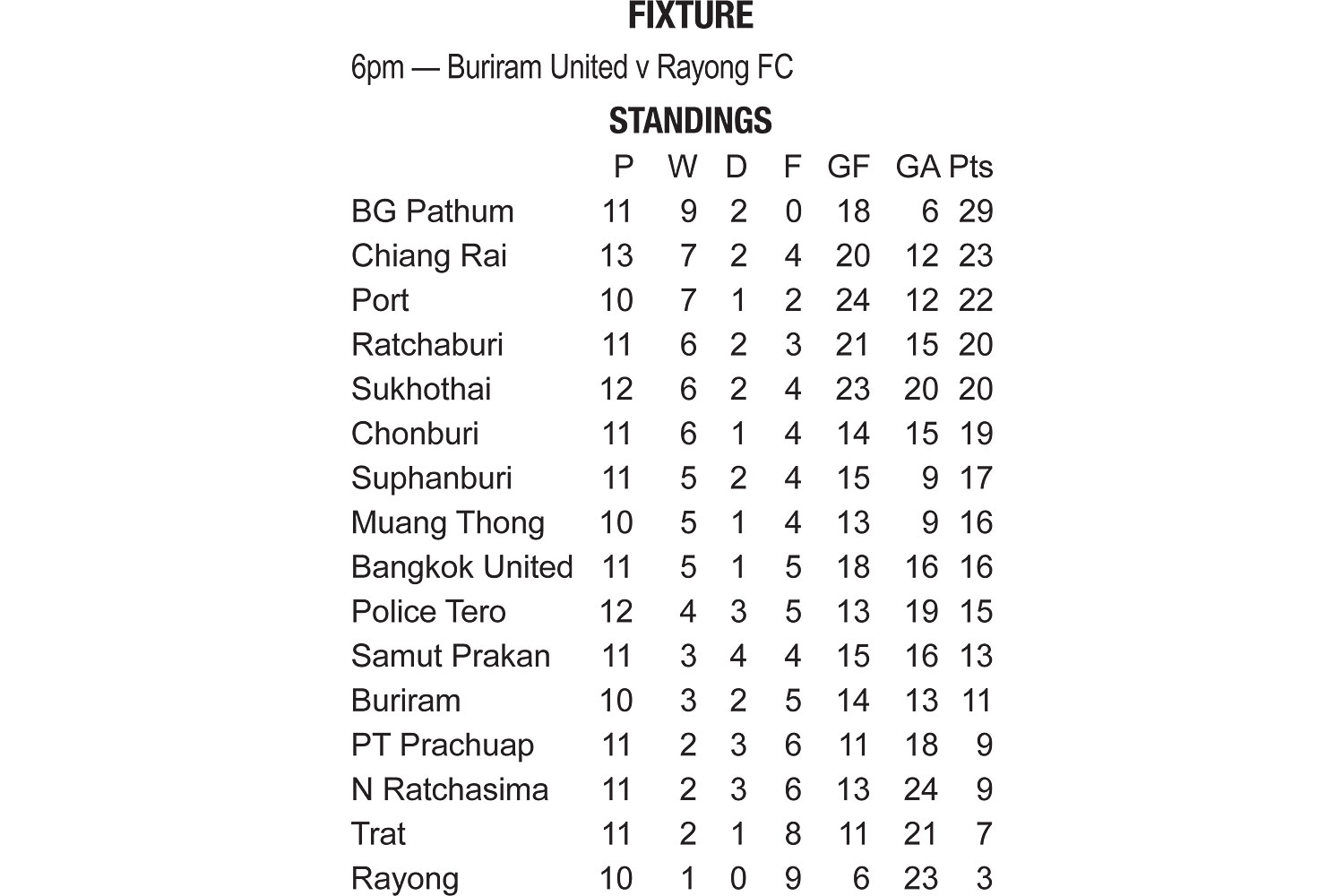