Sergio Suarez was on target twice, opening the scoring in the ninth minute and netting the home team's third goal from the penalty spot in the 66th minute.

After 11 games, Port are third with 25 points, four behind BG.

Champions Chiang Rai are second on 26 points but have played three games more than the duo.

The Beetles are now in Qatar to play in the AFC Champions League.

Meanwhile, BG are looking forward to earning a spot in the ACL by securing a home win against Chonburi today.

The top-two teams at halfway of the season win berths in the ACL group stage next season while the third- and fourth-ranked side will play in the play-offs of the continental club championship.

"If we beat Chonburi, we will be assured of a place in the AFC Champions League," BG assistant coach Supachai Komsilp told a press conference yesterday.

"We are ready for the match. We are lucky that none of our national team players got injured during the international break."

Chonburi coach Sasom Pobprasert said his team did not face any pressure.

"We have nothing to lose because few people expect us to win this match," said Sasom.

Sukhothai will be without Brazilian forward Ibson Melo, who is injured, when they host Buriram United tomorrow.

"We have several injured players including Ibson. His absence will affect our team," Sukhothai coach Surapong Kongthep said.

He said Buriram were favourites in the match but his men would be spurred by the home fans and get a result. 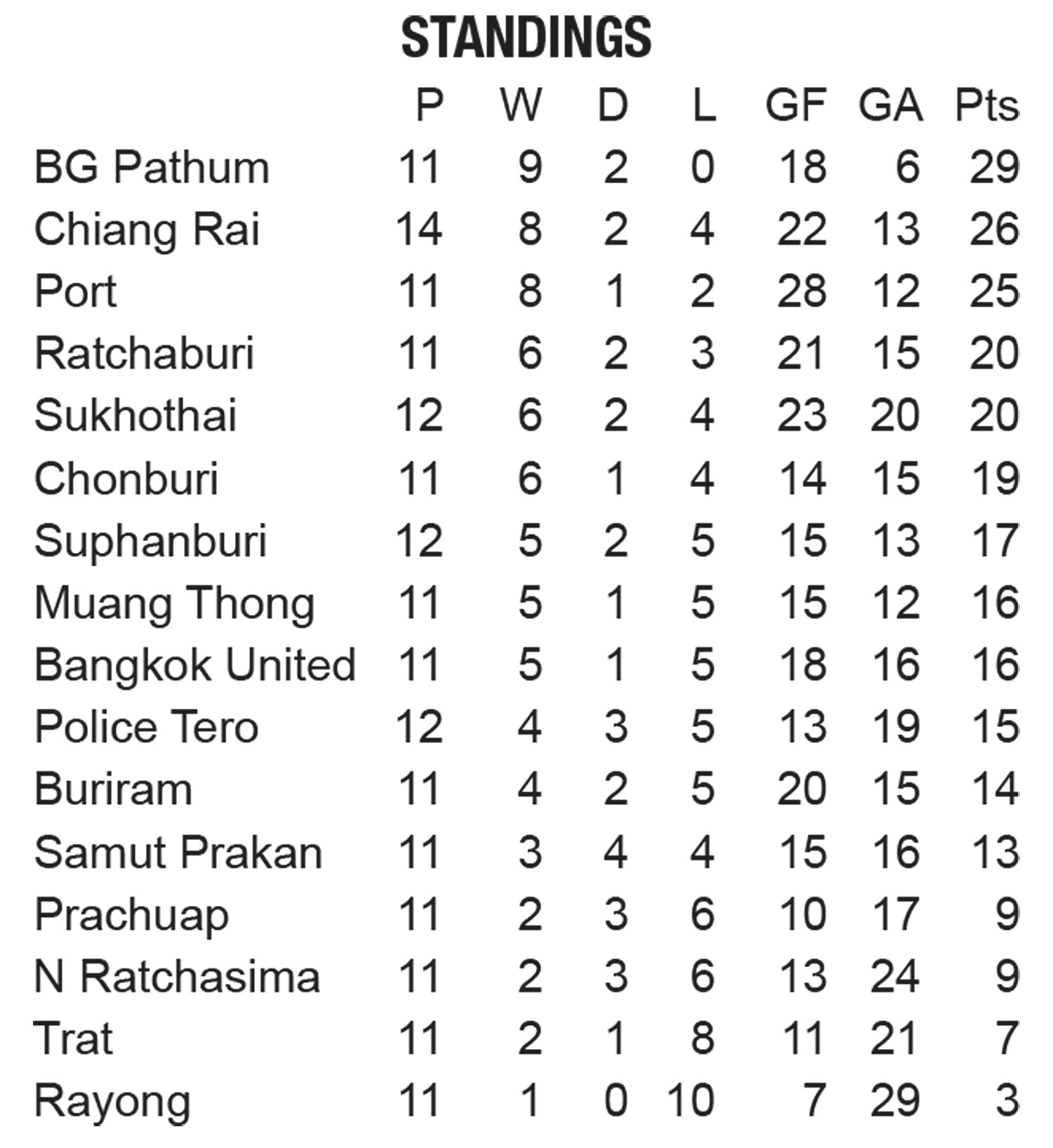