Atthaya, who held a one-shot lead after two rounds, shot a six-under-par 66 to finish at 16-under 200 and claim the title by five shots at Watermill Golf Club and Resort.

It was her fourth straight title and fifth overall on the Thai LPGA Tour this year.

In all, the 17-year-old from Ratchaburi earned 1.29 million baht from nine tournaments this year and claimed the tour's Order of Merit crown.

Atthaya, who won two titles on the Ladies European Tour (LET) when she was still an amateur, plans to play on the Thai LPGA Tour and LET next year before taking part in the LPGA Tour's qualifying school.

"At the start of this year, I did not set a target of the number of wins I wanted because this is my first year as a professional. Indeed, I was not sure if I could win," Atthaya said. 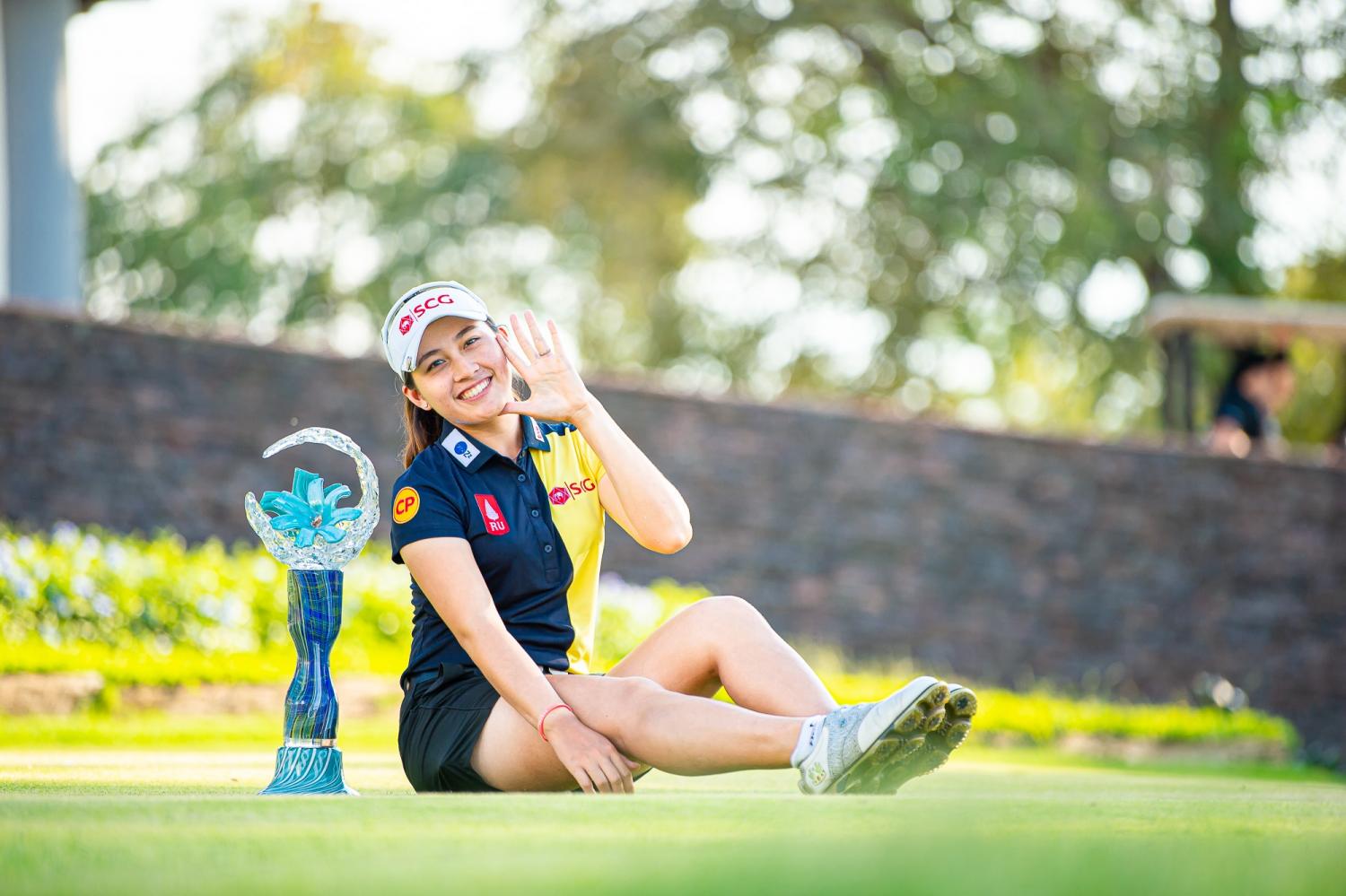 "The success was a result of my hard work. I played on the Thai LPGA Tour because I wanted to improve my skills before playing on the international stage."

National team player Pimkwan is considered one of the country's brightest young stars.

Since she is an amateur, the 16-year-old received a trophy for finishing runner-up in the Thailand LPGA Masters.

Tiger Woods has revealed he will team up with his son Charlie, 11, and compete in the PNC Championship at the Ritz-Carlton Golf Club Orlando from Dec 17-20.

Formerly known as the Father/Son Challenge, the PNC Championship features 20 PGA Tour and LPGA Tour major winners competing as a team alongside a family member.

Woods , who has won 15 major titles, will make his tournament debut with Charlie who has already established himself as an accomplished junior golfer in Florida.

"I can't tell you how excited I am to be playing with Charlie in our first official tournament together," Woods, 44, said in a statement.