Fourth seed Ratchanok Intanon plays a shot during her second round match against Sung Ji-Hyun at Impact Arena.

Ratchanok Intanon and Pornpawee Chochuwong advanced to the women's singles quarter-finals of the US$1 million Toyota Thailand Open at Impact Arena, Muang Thong Thani, on Thursday.

She faces a tough match against Indian sixth seed Pusarla V Sindhu in Friday's quarter-finals after the Indian star cruised past Kisona Selvaduray of Malaysia 21-10, 21-12.

"I think Sung [Ji-Hyun] had prepared very well for this match and tried to control the game from the beginning. She played like An Se-Young who beat me last week in the Yonex Thailand Open quarter-finals," said Ratchanok in the post-match interview.

"I tried to have better control in the second and third games and adapted my game as I played which fortunately worked."

"I was put on court No.3 for the first time today and felt a bit nervous," said Pornpawee. "But I tried to focus and concentrate on my game and fortunately was able to execute my game plan.

"I am happy to be able to win today and advance to the next round. My next match against An Se-Young will be tough. She is a very strong player and I will have to do my best to have a chance to beat her." 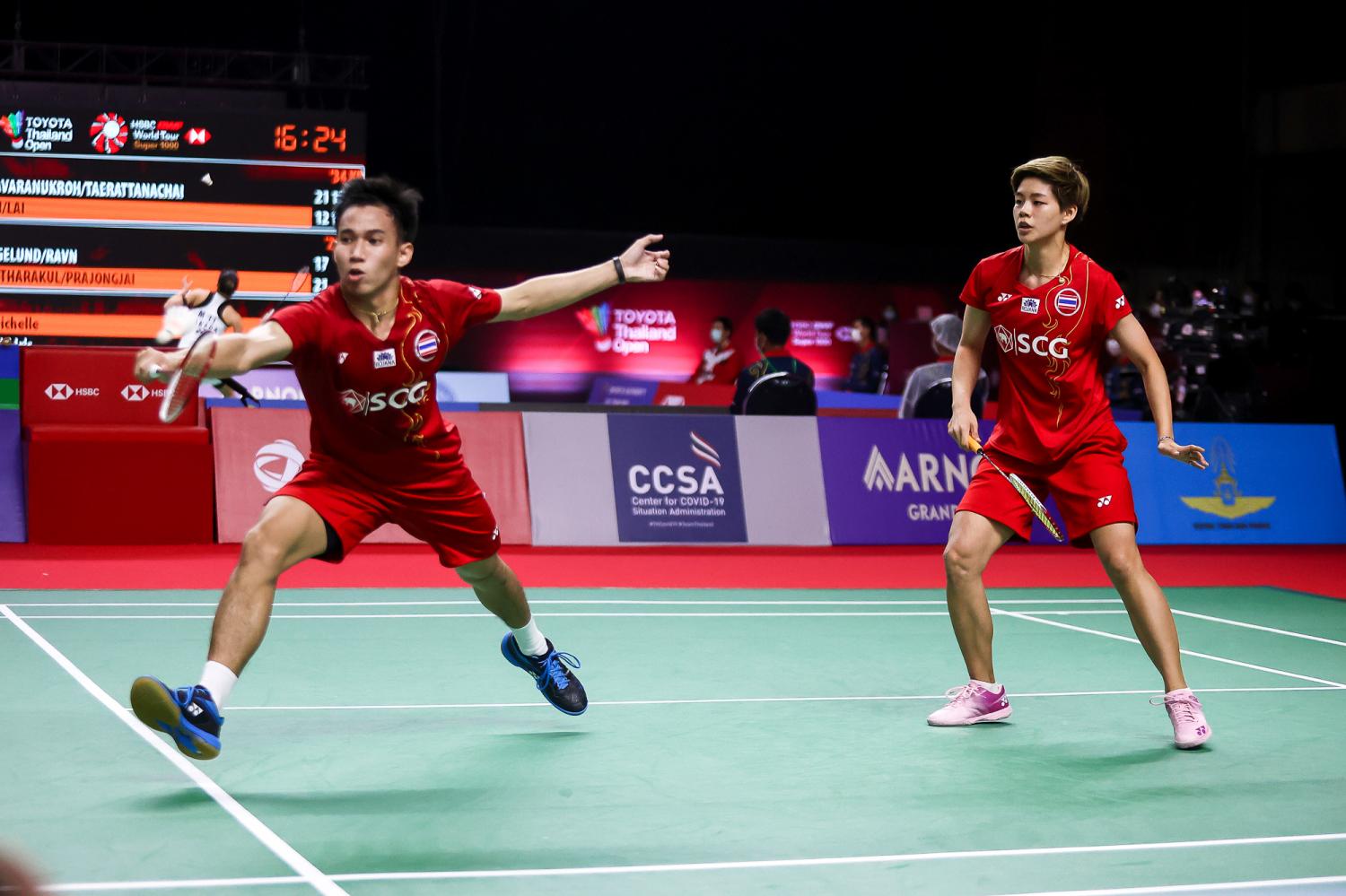 Mixed doubles stars Dechapol Puavaranukroh and Sapsiree Taerattanachai, winners of the Yonex Thailand Open on Sunday, also moved into the last eight as did compatriots Supak Jomkoh and Supissara Paewsampran.

"Today, we were able to play the way we wanted to and forced them to make a lot of errors and that's why we won," said Sapsiree.

"We wanted to be aggressive from the beginning and we did that today," added Dechapol.

"I think we played a good match today. We never played them before and were a bit surprised how well they did," said Jongkolphan. "The first game was quite close but fortunately we were able to improve in the second game."

There is no Thai player left in the men's singles event after Kunlavut Vitidsarn lost to Danish fourth seed Viktor Axelsen, winner of the Yonex Thailand Open on Sunday, 11-21, 13-21.

Women's top seed Tai Tzu-ying of Taiwan progressed to the quarter-finals with a 22-20, 21-16 win over Gregoria Mariska Tunjung of Indonesia.

She will play eighth seed Michelle Li of Canada in Friday's quarters.

In the men's singles event, second seed Chou Tien-chen of Taiwan moved into the last eight following his 21-19, 21-16 win over Brice Leverdez of France.

Sameer Verma of India joined Chou in the last eight after beating Rasmus Gemke of Denmark 21-12, 21-9. 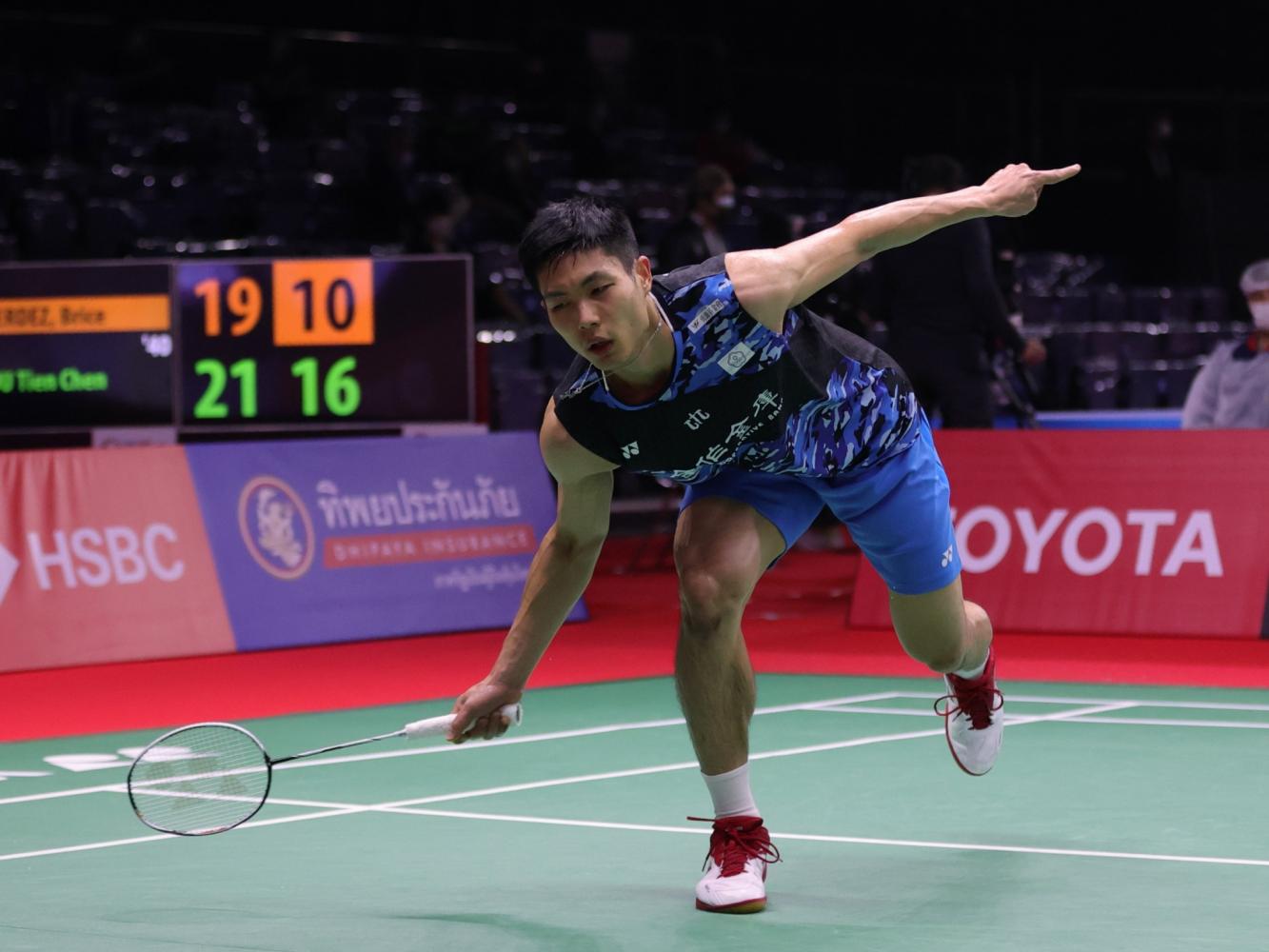 Murray fights back to beat Haase in Rotterdam first round