They are Thailand's only players remaining in the US$1 million tournament at Impact Arena, Muang Thong Thani.

"We were trying not to defend too much. We tried to control every point and attack our opponents. In the first game, they kept things to their pace and had us moving a lot," said Sapsiree.

"In the second and third games, we had to make them move and then attack. I think our opponents played very well, but perhaps their power just wasn't enough to win today."

Dechapol and Sapsiree were the only Thai champions at last week's Yonex Thailand Open.

The Toyota Thailand Open is the second of three consecutive premier tournaments in Bangkok.

The 2020 season will conclude at next week's $1.5 million HSBC BWF World Tour Finals.

The Asian leg is being held at Muang Thong Thani without spectators and under strict Covid-19 protocols.

"I knew Sindhu would attack, so I tried to control the game and defend as much as possible. I think she may have been a bit nervous today and didn't play her usual style of play. I felt like I played how I wanted," said Ratchanok.

"I was really wanting to play in the semi-finals, and I'm really excited about tomorrow." 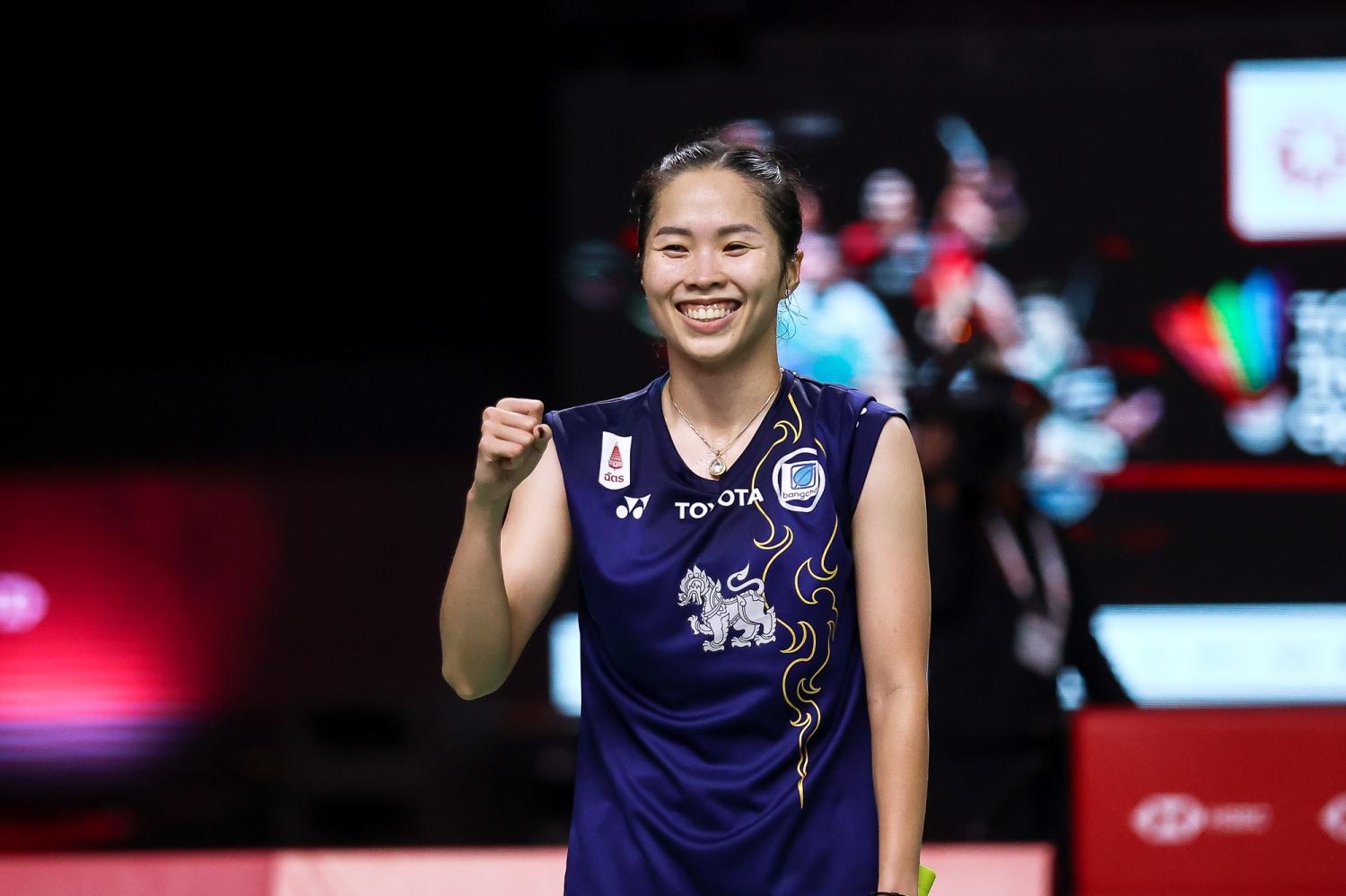 The 2013 world champion, who lost in the quarter-finals last week, will meet top-ranked Tai Tzu-ying in the semi-finals after the Taiwanese rallied to beat eighth seed Michelle Li of Canada 18-21, 21-13, 21-11.

"In the opening game, I made a few errors. Then I tried to focus on the second and third game. I will now focus on my form of play and minimise my mistakes in the semi-finals," said Tai, who was beaten by Olympic champion Carolina Marin in the final last week.

In the last four, the Spaniard will take on South Korea's An Se-Young, who defeated Thailand's Pornpawee Chochuwong 21-15, 21-18.

Marin beat An in the semi-finals on her way to winning the title last week.

"That was a very close game and a very tough one as well. Sameer is a warrior. He fought really hard," Antonsen said.

The Bangkok leg is missing Japanese and Chinese players due to coronavirus-related matters. The Toyota Thailand Open ends tomorrow.

Messi, a 'Classico' and an 'Olympico' - what to watch in Europe this weekend