Mixed doubles pair Dechapol Puavaranukroh and Sapsiree Taerattanachai aim to make a clean sweep of three titles with a triumph at the HSBC BWF World Tour Finals 2020 which starts on Wednesday.

The season finale is the third and last behind-closed-doors event in three consecutive weeks in the Asian leg at Impact Arena, Muang Thong Thani.

Red-hot home stars Dechapol and Sapsiree won the first two events -- the Yonex Thailand Open and Toyota Thailand Open -- and are in confident mood to claim their third crown in a row.

The third-seeded Thais were on Tuesday drawn into Group A of the World Tour Finals with top-seeded Marcus Ellis/Lauren Smith of England, Indonesia's Praveen Jordan/Melati Daeva Oktavianti, and South Korea's Seo Seung-Jae/Chae Yu-Jung.

The top two players/pairs in each of the five categories after round-robin matches advance to the semi-finals.

"Every match is difficult but we are ready to meet any opponents," said Dechapol. "Our target is to win the title."

Sapsiree said: "All matches will be tough and I will give my all. We will try to win the title for our Thai fans."

They begin their campaign on Wednesday against Indonesia's Jordan and Oktavianti. 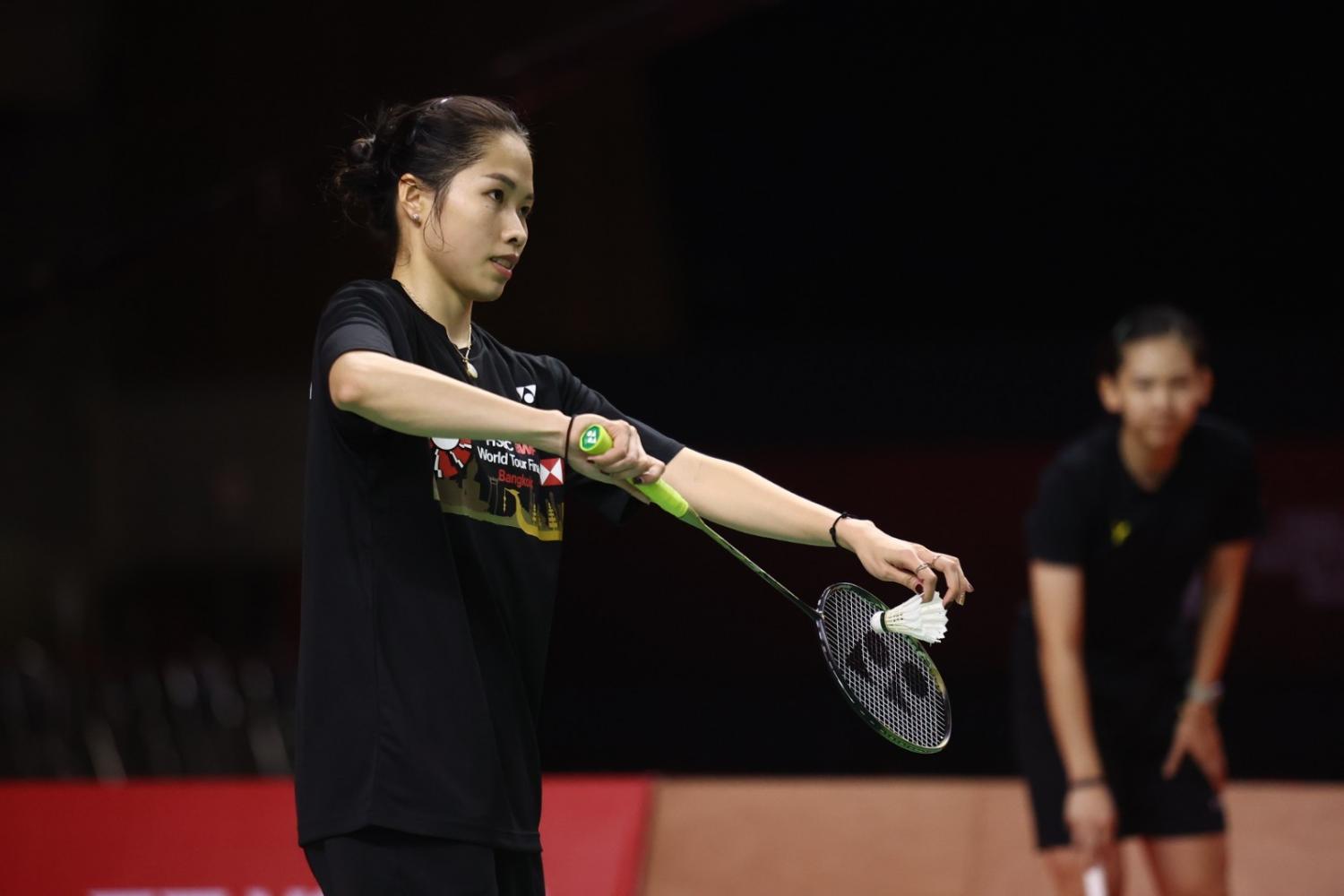 Ratchanok Intanon takes part in a training session on Tuesday.

Ratchanok had unconvincing runs in the first two tournaments.

She lost to An in the quarter-finals at the Yonex Thailand Open and squandered several match points in her semi-final loss to Tai last week.

The former world champion will take on Pornpawee in her opening match on Wednesday.

"I have played in the World Tour Finals seven or eight times and I know you can't underestimate anyone," said Ratchanok. "I think I have a 50-50 chance against Mew [Pornpawee], Tai and PV Sindhu. It depends on your form on that day. My aim is to reach the semi-finals. I'd love to win the title at the World Tour Finals at least once."

In the women's doubles, Jongkolphan Kititharakul/Rawinda Prajongjai, the only other Thais in the tournament, take on fourth seeds Chloe Birch/Lauren Smith of England in their opening Group B game.

In Wednesday's other Group B match, second seeds Kim So-Yeong/Kong Hee-Yong of South Korea are up against Linda Elfer/Isabel Herttrich of Germany.

In the men's singles, Denmark's Viktor Axelsen, who is unbeaten over the past fortnight, faces Taiwan's world No.2 Chou Tien-chen, Indonesia's Anthony Ginting and Lee Zii Jia of Malaysia in Group A.

"It's a tough line-up of players," said Antonsen, who reached the semi-finals last week. "Hopefully I can advance to the semi-finals and take it from there. I still feel that I haven't shown my best badminton in these three weeks."

Lord's final on line as India, England back at scene of two-day Test