Supachok Sarachart's spot kick after 71 minutes finished off the Beetles at Chang Arena.

The Thunder Castle and Port each have 41 points, 16 behind runaway leaders BG Pathum United.

The top two teams at the end of the season earn spots in the AFC Champions League group stage in 2022.

The third-placed side and FA Cup champions will compete in the play-offs to enter the ACL group stage.

In one of the most dramatic matches of the season, Prachuap drew 1-1 with Ratchaburi thanks to two penalties in injury time.

Willen Mota scored from the spot to give Prachuap the lead but Ratchaburi were awarded a penalty moments later.

But as Prachuap players were celebrating, the referee ordered a penalty retake as Natthapong stepped off the line before his save.

This time, Steeven Langil made no mistake from the spot.

At Boonyachinda Stadium, hosts Police Tero boosted their hopes of survival with a 2-0 win against fellow relegation contenders Sukhothai.

Goals from Narong Jansawek after 25 minutes and Dragan Boskovic on 73 minutes sealed the crucial win for the hosts.

In other match, Nakhon Ratchasima drew 0-0 with Samut Prakan. 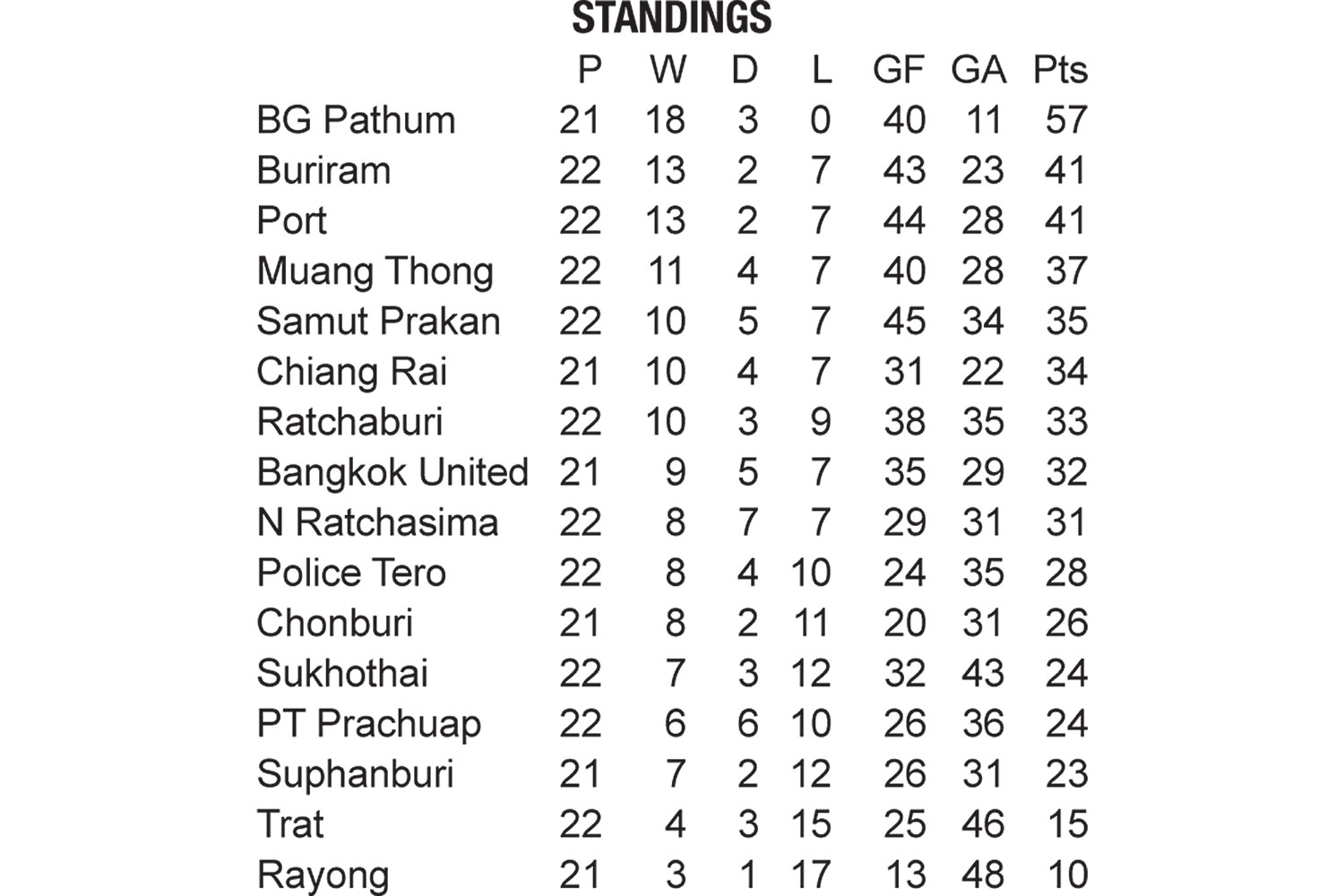 Accumulated death toll in Thailand tops 100 on Sunday as government logs 1,767 new cases, yet another new record, for total of 42,352.