Buriram United continued their good run with a 2-0 home win against 10-man Trat in Thai League 1 on Tuesday night.

At Chang Arena, Supachai Chaided opened the scoring for the Thunder Castle after 24 minutes and Suphanat Mueanta added the second eight minutes from time.

Trat's Junior Lopes was sent off just before half-time for tripping Piyaphol Panichakul, who was heading into the penalty area.

But with 10 men, the visitors frustrated the hosts in the second half before Suphanat broke their defence.

Buriram are now three points clear of Port, who travel to PT Prachuap on Wednesday.

Dragan Boskovic scored from the spot to give Police the lead after 19 minutes and Teerathep Winothai made it 2-0 just before the interval.

The win is a huge boost for Police in their fight for survival as they are now nine points above the relegation zone.

On Thursday, runaway leaders BG Pathum United need a win against Sukhothai to wrap up the title with six matches to spare. 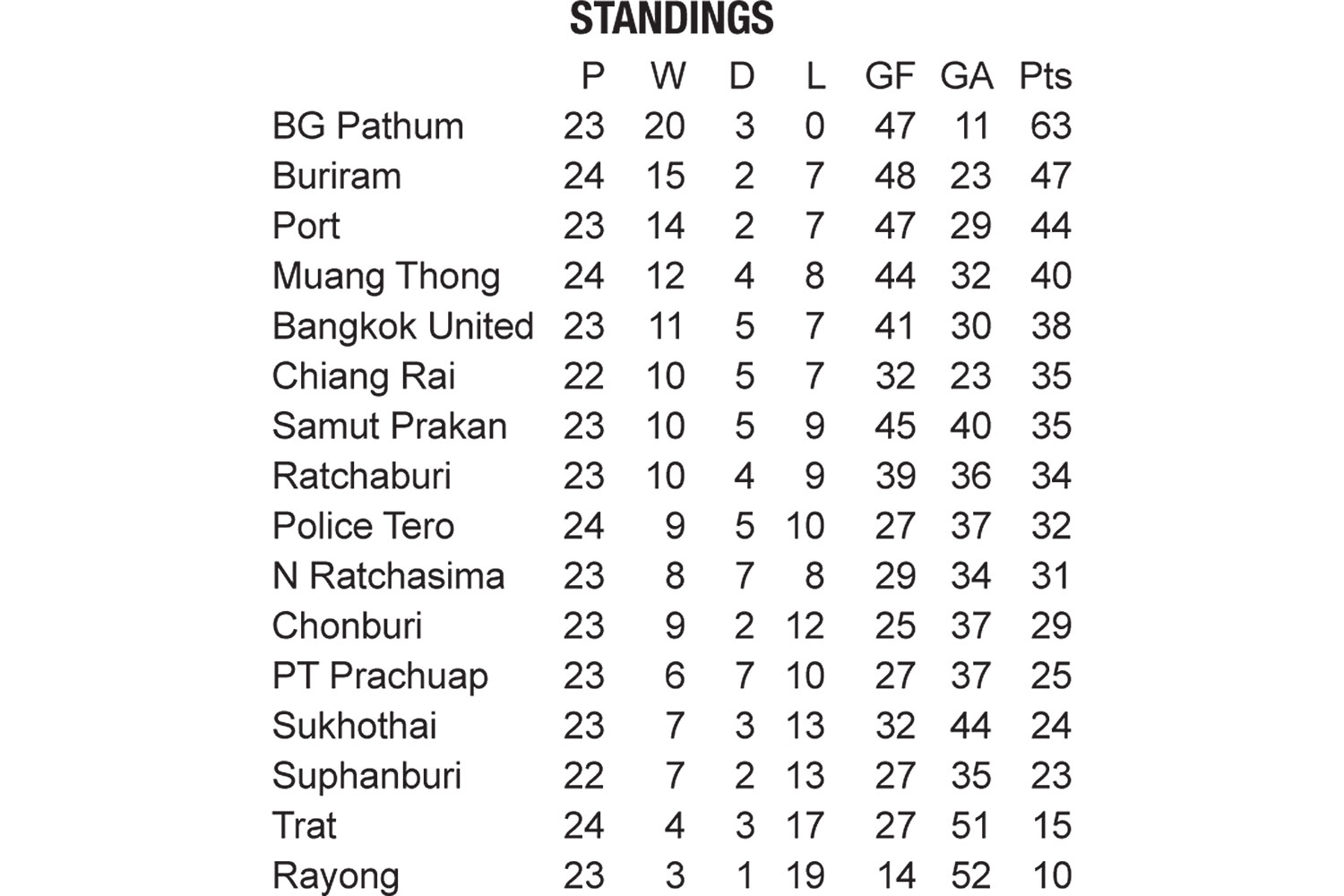