A Korean coach with a Thai heart
Sports

A Korean coach with a Thai heart

Nineteen years ago, he had no interest in coming over to Thailand for a coaching assignment, and now taekwondo expert Choi Young Seok of South Korea is eager to spend the rest of his life in the Kingdom.

Choi is one of the most successful foreign coaches in Thailand's sporting history, having guided his pupils in his "second home" to several Olympic medals and world titles.

Since he took over the reins of the Thai national taekwondo team in 2002, the Kingdom has claimed at least one podium finish in the sport at every Olympics for a total of five medals.

Missing from his curriculum vitae as Thailand coach, however, is an Olympic gold medal.

His ultimate dream is not only to help Thailand win an Olympic gold but also to achieve the historic feat as a Thai.

Affectionately known as "Coach Che," the 48-year-old from Seongnam has initiated the process to become a Thai citizen.

As Thailand and South Korea do not allow dual citizenship, Choi was initially reluctant to renounce his Korean nationality because he had to look after his grandmother.

But he has now decided to seek Thai citizenship as his grandmother has passed away.

He said he wants to be a Thai because he and his family love the country and that he will be able to do more for sports and taekwondo in Thailand.

"My family loves Thailand and is very happy living here. We want to spend our lives in Thailand. My family in Korea understand this," Choi told the Bangkok Post during a recent interview at the Taekwondo Association of Thailand (TAT) headquarters.

"I felt more comfortable to make the decision after my grandmother passed away."

Choi, who has a son, said foreigners can do limited things in Thailand which he calls his second home.

"If you are khon Thai [Thai people], you can do things more conveniently here like setting up a foundation," said Choi, who is keen on establishing a foundation for taekwondo and sports.

So far, Thailand has won Olympic medals in only three sports -- boxing, weightlifting and taekwondo.

The country got Olympic golds in boxing and weightlifting thanks mainly to the efforts of Cuban coach Juan Fontanills and Chinese weightlifting coach Zhang Jiamin, Choi said.

"I want to be a Thai, and not a Korean, when I win the Olympic gold medal for Thailand," he said.

It is unclear how long it takes to get Thai citizenship but Xie Zhuhua, the Chinese-born coach of badminton star Ratchanok Intanon, has told Choi that his case took about three to four months.

"I hope I'll get a Thai passport before the Tokyo Olympics [in July]," Choi said. 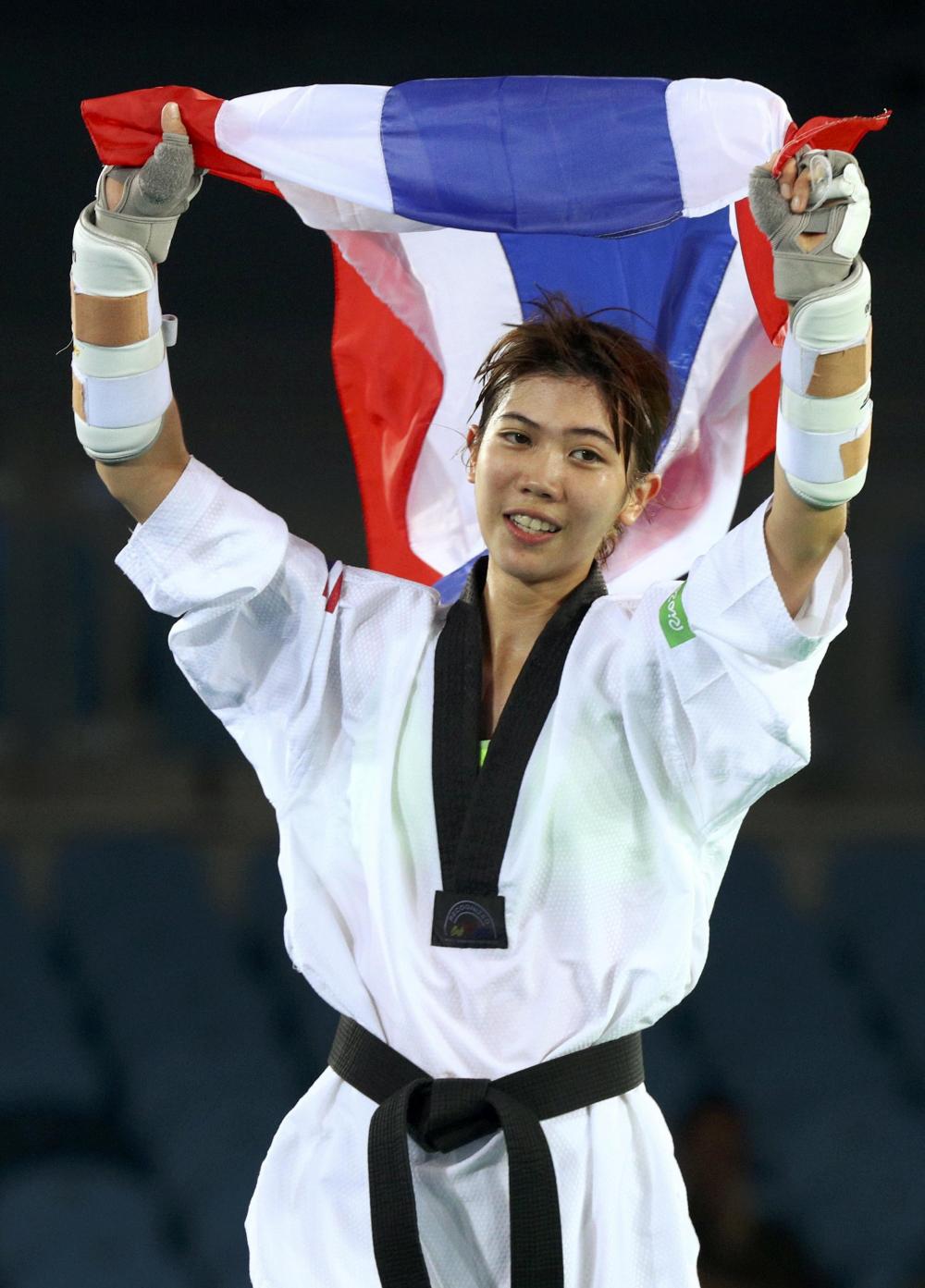 He already has adopted the unofficial Thai name of Chaiyasak, which he says has a good meaning and sounds similar to his Korean name.

However, he and TAT president Pimol Srivikorn will ask renowned monk Chao Khun Thongchai of Wat Trai Mit Witthayaram to give him an auspicious Thai name.

Currently, Panipak Wongpattanakit is the only Thai taekwondo fighter to have earned a berth for the Tokyo Olympics thanks to her ranking as the world No.1 in the women's 49kg division.

"I think Tennis [Panipak's nickname] had a better chance of winning gold medal if the Tokyo Olympics were staged last year as scheduled," Choi said.

"But she is still good and is still our best hope."

Choi is hoping his athletes will secure two more Olympic spots from the Asian qualifying event in May.

Choi took charge of the Thai national team in February 2002 after a stint in Bahrain.

He was initially reluctant to take the job because he was aggrieved by his mother's death and had no desire to work overseas.

"After my mother passed away, I felt I did not have anything left in my life," Choi said.

"I drank a lot. I was downcast and I did not see any future for myself."

Fortunately for Choi -- and Thailand -- one of his taekwondo mentors convinced him that his mother would be very sad if she knew he was wasting his life away.

So Choi decided to come to Thailand.

"Being Thailand coach helped me stand up and fight again," he said.

He was virtually unknown here when he first arrived in Thailand, but he soon became a household name after his athletes' performances at the 2002 Asian Games in Busan, South Korea.

"That's my best moment as coach of the Thai national team so far because it was Thailand's first Olympic medal in taekwondo," said Choi.

The coach has turned Thailand from a minnow into a powerhouse in taekwondo on the international stage.

In all, Thai taekwondo exponents, under the guidance of Choi, have so far won two silver and three bronze medals at the Olympics to go with five world titles and 48 SEA Games gold medals.

Choi said his family became very poor after his father passed away when he was seven years old.

He was not interested in taekwondo when he was young, partly because the tuition fee was too high for his mother to afford it.

Choi only thought about working overseas to earn more money for his mother.

He even bought English text books to learn the language.

One day, he followed his friend to a taekwondo class and a teacher asked him to have a try.

The teacher saw his potential and offered to teach him for free.

Just months later, Choi was good enough to win a national title, and later became a member of the Korean national youth team.

Choi was also good at academics and holds a bachelor's degree in engineering, a master's degree in physical education and a doctorate degree in taekwondo.

The coach is currently pursuing a PhD in sports management at Kasetsart University.

Choi said discipline is one of the most important factors for success in sports and real life.

"For my athletes, they are not allowed to attend a training session if they arrive just one minute late," he said.

Choi is in the process of establishing a foundation to give young Thais an opportunity to take part in taekwondo or other sports.

"This is to give something back to Thailand," he said.