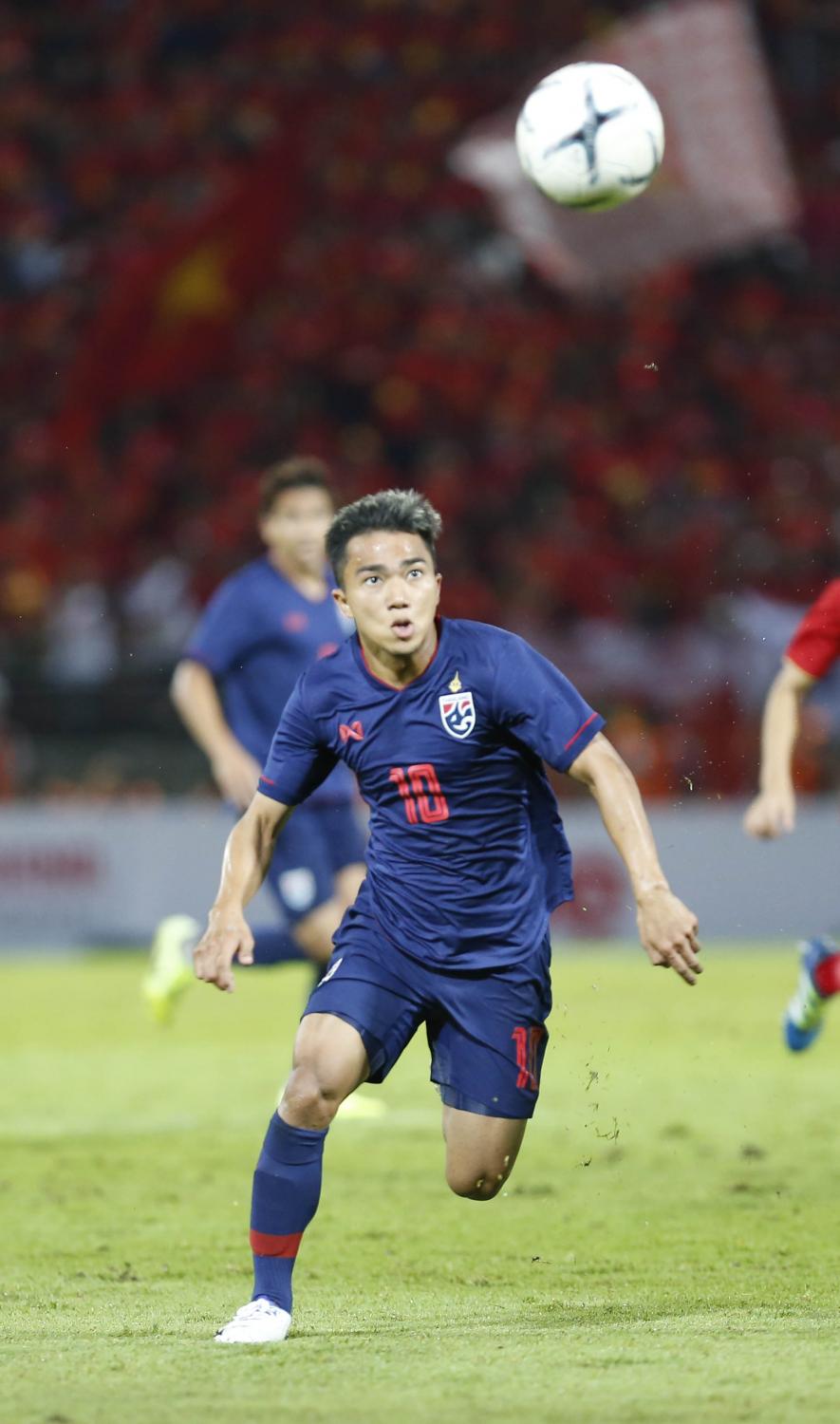 Chanathip, who plays for J-League side Consadole Sapporo, said on Tuesday he was nursing a knee injury.

"I am not sure if I will be able to help the Thai national team in this important event," said Chanathip, one of the War Elephants' most influential stars.

He said he initially thought he would need surgery on his knee but fortunately the injury was not that serious.

"The doctor told me I need at least a two-week break. I have never refused to play for the national team. If I am fit, I will surely help the team."

Thailand will play their remaining three Group G matches of Asia's second qualifying stage for the 2022 World Cup in the United Arab Emirates next month.

Akira Nishino's Thailand will face Indonesia on June 3, the UAE on June 7 and Malaysia on June 15.

With the top eight group winners and four best runners-up advancing to the next round, the War Elephants have a slim chance of reaching Asia's third and final qualifying stage.

After five games, Vietnam lead the group with 11 points, followed by Malaysia (nine) and Thailand (eight).

The UAE have six points from four games while Indonesia have no points.

Thailand's preparation has been hit by Covid-19 after two players and four officials tested positive for the virus last week.

Training has been suspended and it remains unclear when they will be able to resume practice. The players and parties concerned are self-isolating in their training camp rooms.

Chanathip and Theerathon Bunmathan, of J-League club Yokohama F Marinos, are scheduled to join the Thai national team in the UAE on May 30.