The second set of national men's team players will start training for the second Asian phase of the 2022 Fifa World Cup qualifiers on Monday after they were all given a clean bill of health.

The Football Association of Thailand (FAT) announced on Saturday that the second group of players underwent a swab test for the coronavirus on Friday and tested negative.

The second batch involves players from the teams who were involved in last month's FA Cup semi-finals.

The Thais are training for their remaining three Group G matches of the second Asian qualifying stage for Doha 2022.

The squad's training was suspended on May 8 when reports emerged that two players and four members of the national team staff had been infected with the coronavirus.

The FAT advised the second set of players against joining the camp last Monday and all members of the team in the camp were asked to self-isolate.

The War Elephants will leave for the UAE on May 21 and play two warm-up matches with Oman on May 25 and Tajikistan on May 29.

They will then play the qualifying matches for Doha 2022 against Indonesia on June 3, the UAE on June 7 and Malaysia on June 15.

Meanwhile, the Thai futsal (five-a-side) team left for the UAE for a qualifying play-off for the Fifa Futsal World Cup with Iraq.

The Thai futsal team will play against Iraq on May 20 and 25. The winners of the play-off will qualify for the World Cup in Lithuania in September.

FAT deputy president Adisak Benjasiriwan said yesterday: "These are important games with a ticket to the Fifa Futsal World Cup finals at stake.

"We will have five days of training and also a warm-up match with the UAE team. This warm-up will help us gauge the readiness of the team."

"We will fine tune our tactics after the friendly with the UAE for the first play-off battle with Iraq on May 20," Adisak added. 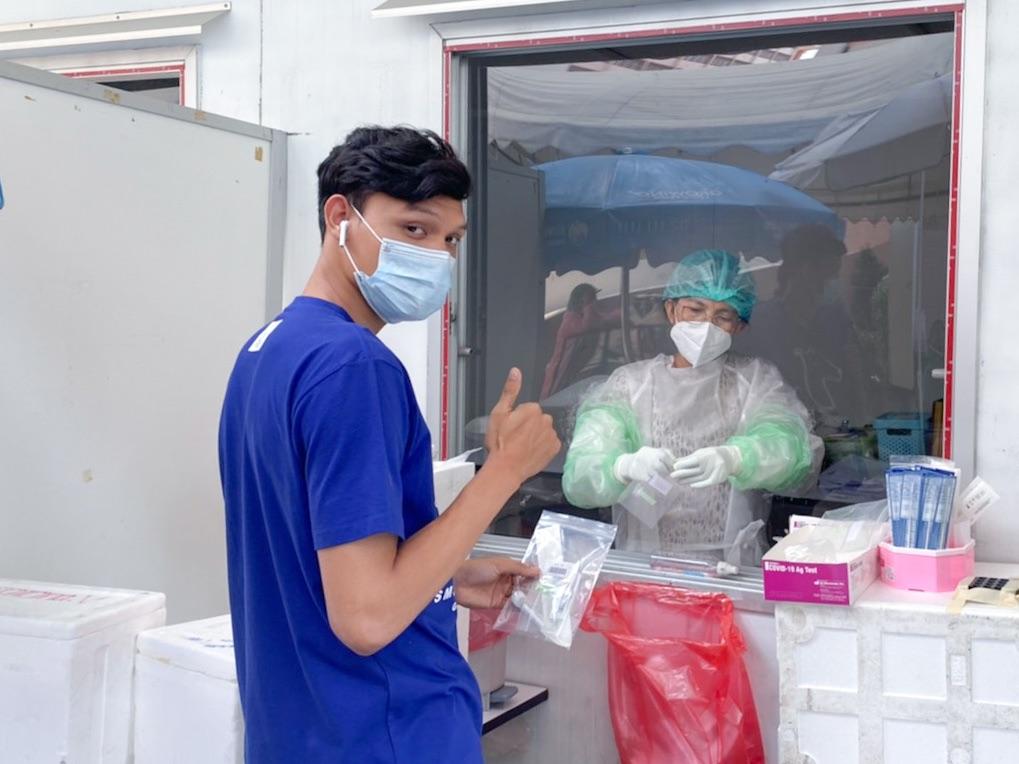