Forget the results. Their fighting spirit and sacrifice are the points that counted.

The Volleyball Association of Thailand has thanked the veteran players and staff of the stand-in team who competed in the Volleyball Nations League tournament in Italy for giving their best in every match.

"The volleyball family appreciates and would like to say thank you, and praises the fighting spirit of the trainers, staff and players," the association said in a message posted on its Facebook page.

The Thai team ended the month-long tournament in Rimini, Italy, at the bottom of the 16 teams competing, with only two wins and 13 losses. The victories came against Germany on June 11 and when they took on Canada on Saturday.

Their results might be disappointing but nobody could complain about that, given the hastily assembled team.

The players could have stayed home to watch the younger generation in the competition.

But they received an urgent call to duty from the association after the real team and entire staff lost to Covid-19 -- diagnosed with the coronavirus not long before they were due to leave for Italy. (continues below) 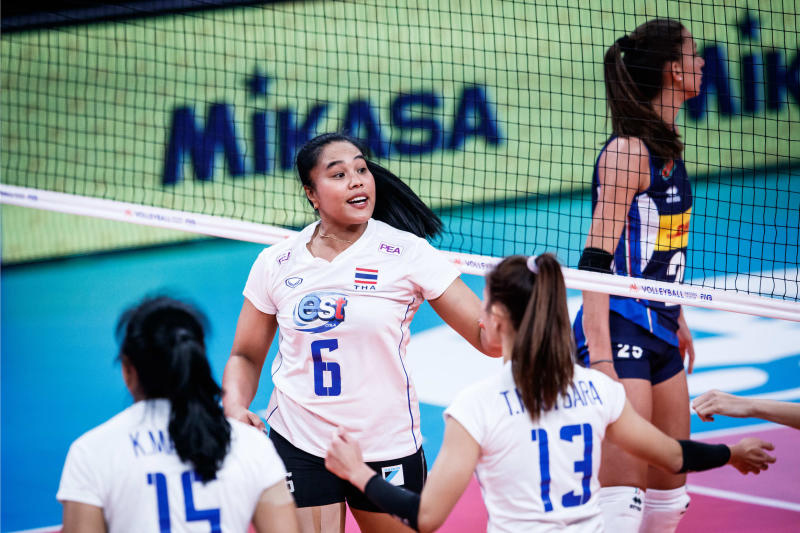 Onuma Sittirak (centre) celebrates a point against Italy in their last match on Sunday. (FIVB photo)

The association withdrew the real team from the competition but FIVB, the sport’s governing body, gave Thailand an exemption to make changes to its roster.

That led to the return of the familiar faces of veteran players, led by captain Wilavan Apinyapong, who had made Thailand a volleyball powerhouse in Asia, an arena once dominated by China, South Korea and Japan.

They were back again to join some younger players as the replacement team in what was certainly their finale. They had to endure 15 gruelling matches throughout the month, with little time for training, in the tournament that started on May 25.

"I would like the new generation who will be replacing us to do their best. They do not need to put pressure on themselves to outdo us," said Wilavan, known by her teammates and fans as captain Gift, her nickname.

"We will be behind you," she added. (continues below) 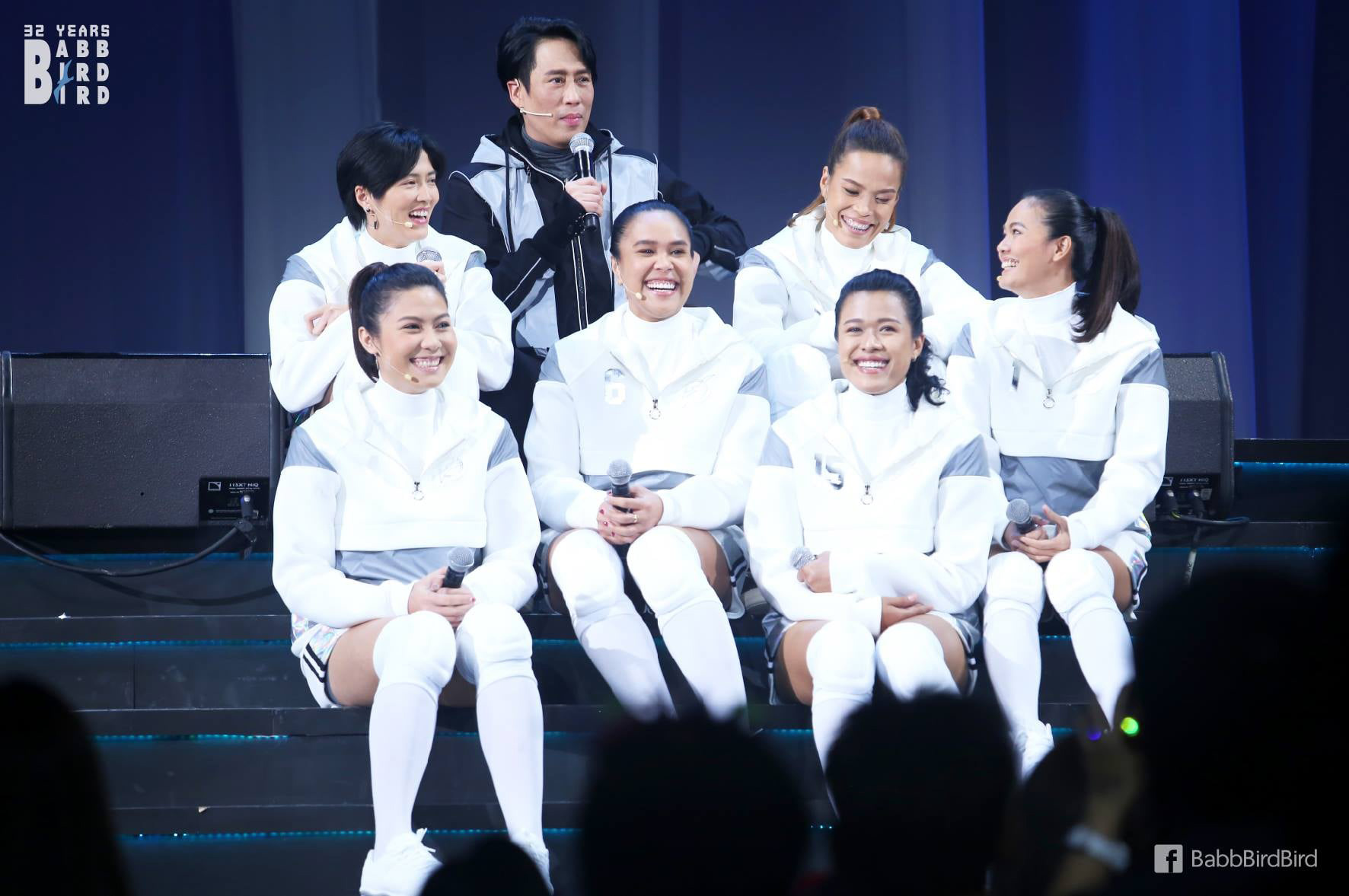 Pop star Thongchai McIntyre reposts a photo of himself with the volleyball players on Monday, honouring them for their fighting spirit. (Photo from Bird Thongchai Facebook Fanpage)

Even evergreen pop singer Thongchai McIntyre on Monday posted a thank you message on his Facebook account. "You are the best. You are in our hearts and will be forever," he wrote.

“When we play against them we always want to do our best because we know it’s not an easy game. It’s also a pleasure to play with them because we know that many of them will retire soon,” the Brazillian said.