Thailand is ready to launch their hunt for up to three gold medals at the Tokyo Olympics, which officially opens on Friday.

A total of 41 Thai athletes will compete in 16 disciplines as the country's sporting authorities target one to three gold medals.

Boxer Thitisan Panmod, one of the country's top prospects, has pulled out of the Games because of a knee injury.

"We can win one to three gold medals in five sports," said Sports Authority of Thailand (SAT) governor Gongsak Yodmani. 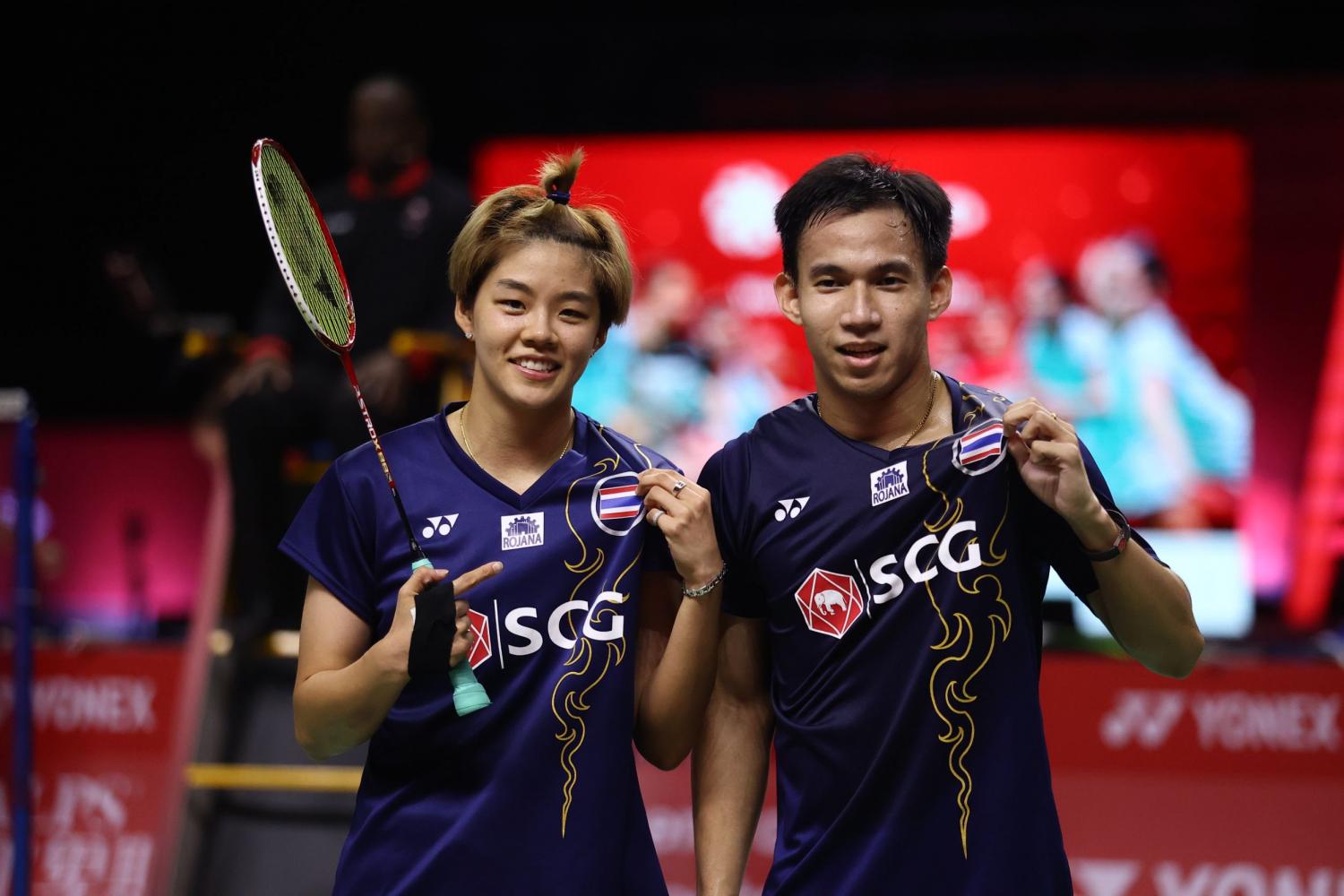 The number was projected by his agency's Elite Sports Development Department based on information received from sports associations, he said.

Thailand won two gold medals at Rio 2016, both in weightlifting.

Without weightlifters, who are banned from the competition due to doping, Thailand now pin their hopes on athletes in five sports -- taekwondo, golf, badminton, boxing and shooting. 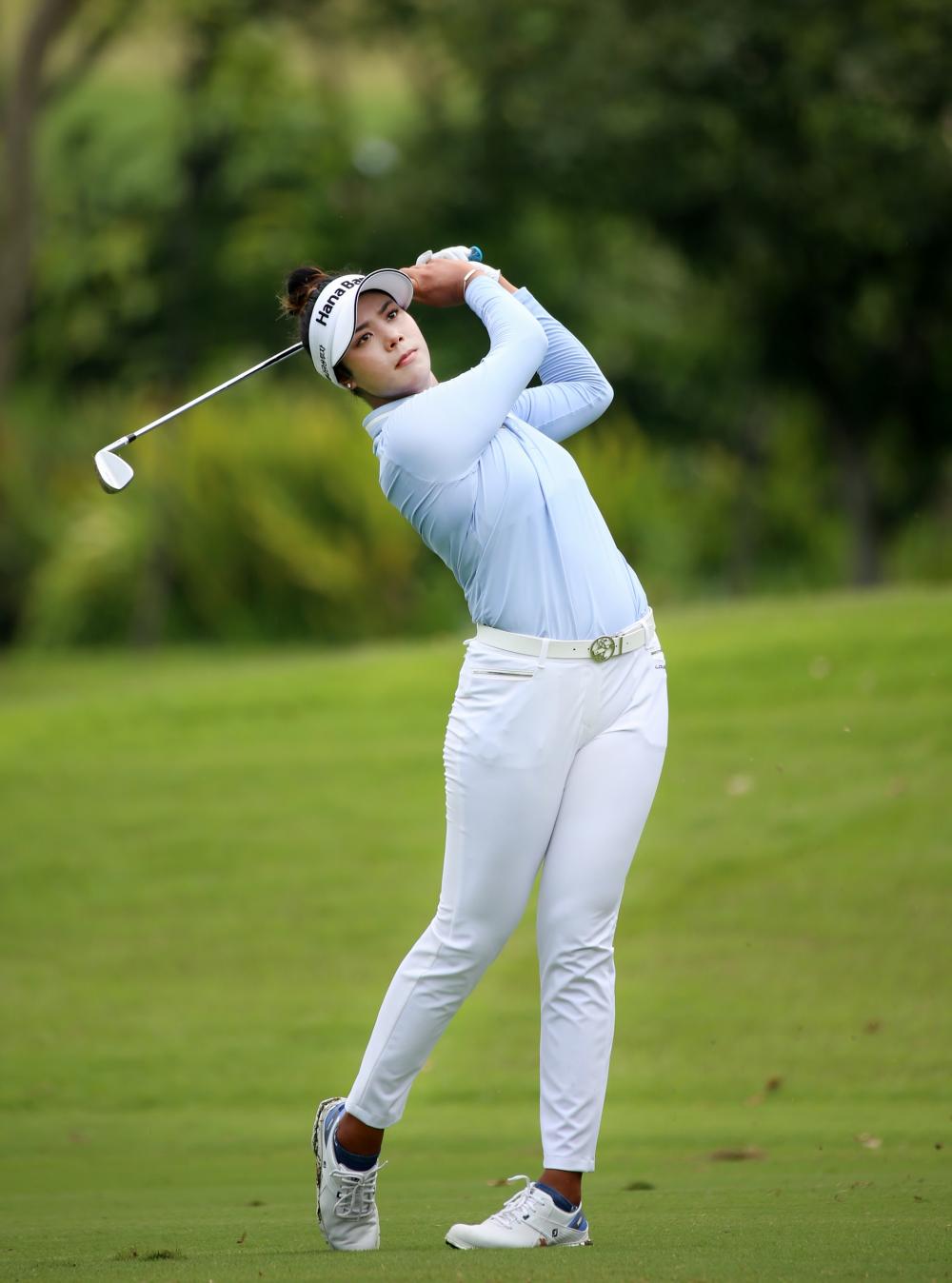 Golfer Patty Tavatanakit is having a good run on the LPGA Tour. PR 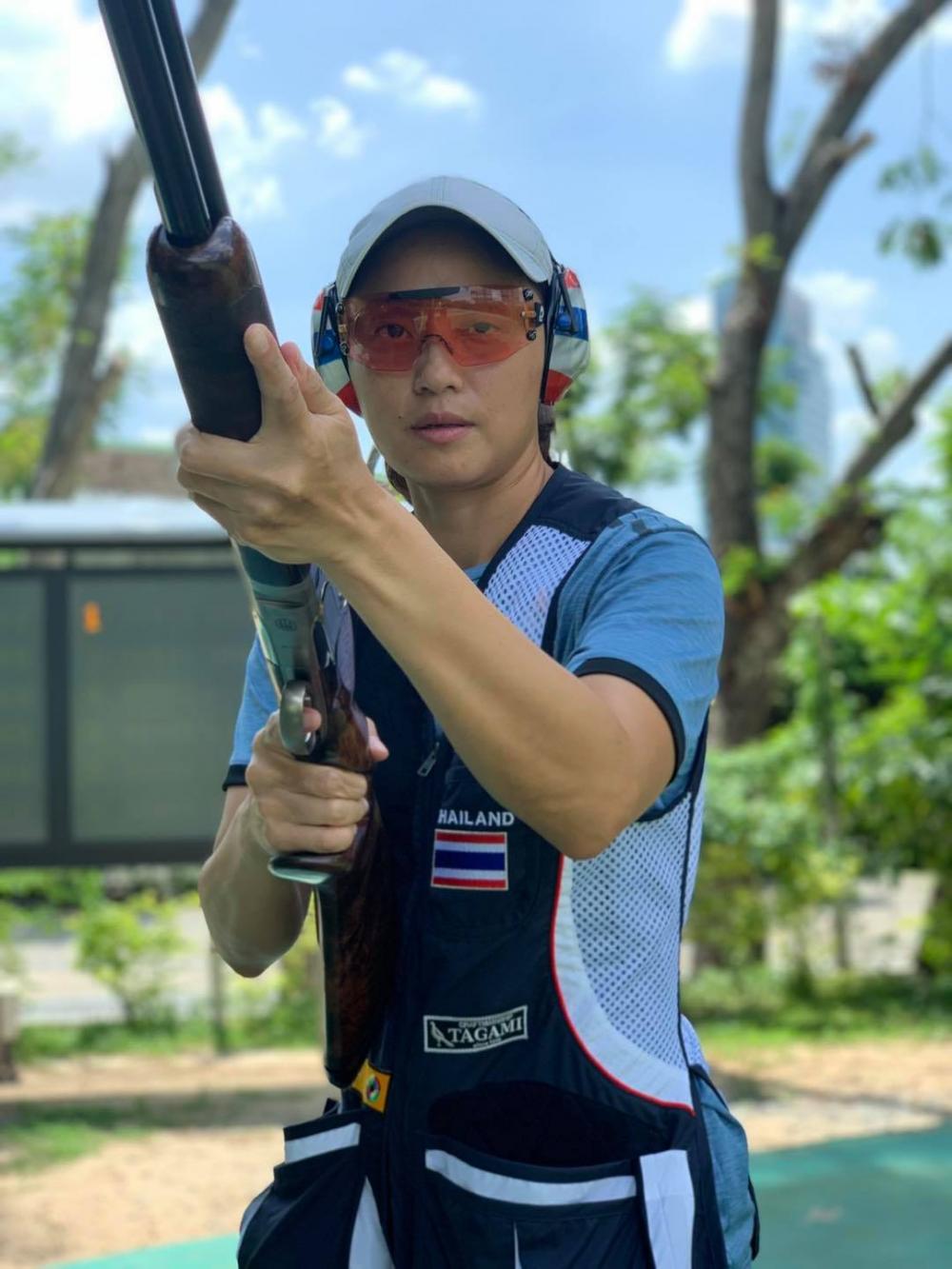 Shooter Sutiya Jiewchaloemmit is among the athletes who have the potential to win a medal for Thailand. PR

The Kingdom's best bet is taekwondo exponent Panipak, the top-ranked star in the women's 49kg.

The 23-year-old from Surat Thani has won at every other major event, including the 2015 and 2019 world championships and the 2018 Asian Games.

After settling for bronze at the 2016 Rio Games, Panipak is determined to claim the top prize in Tokyo. 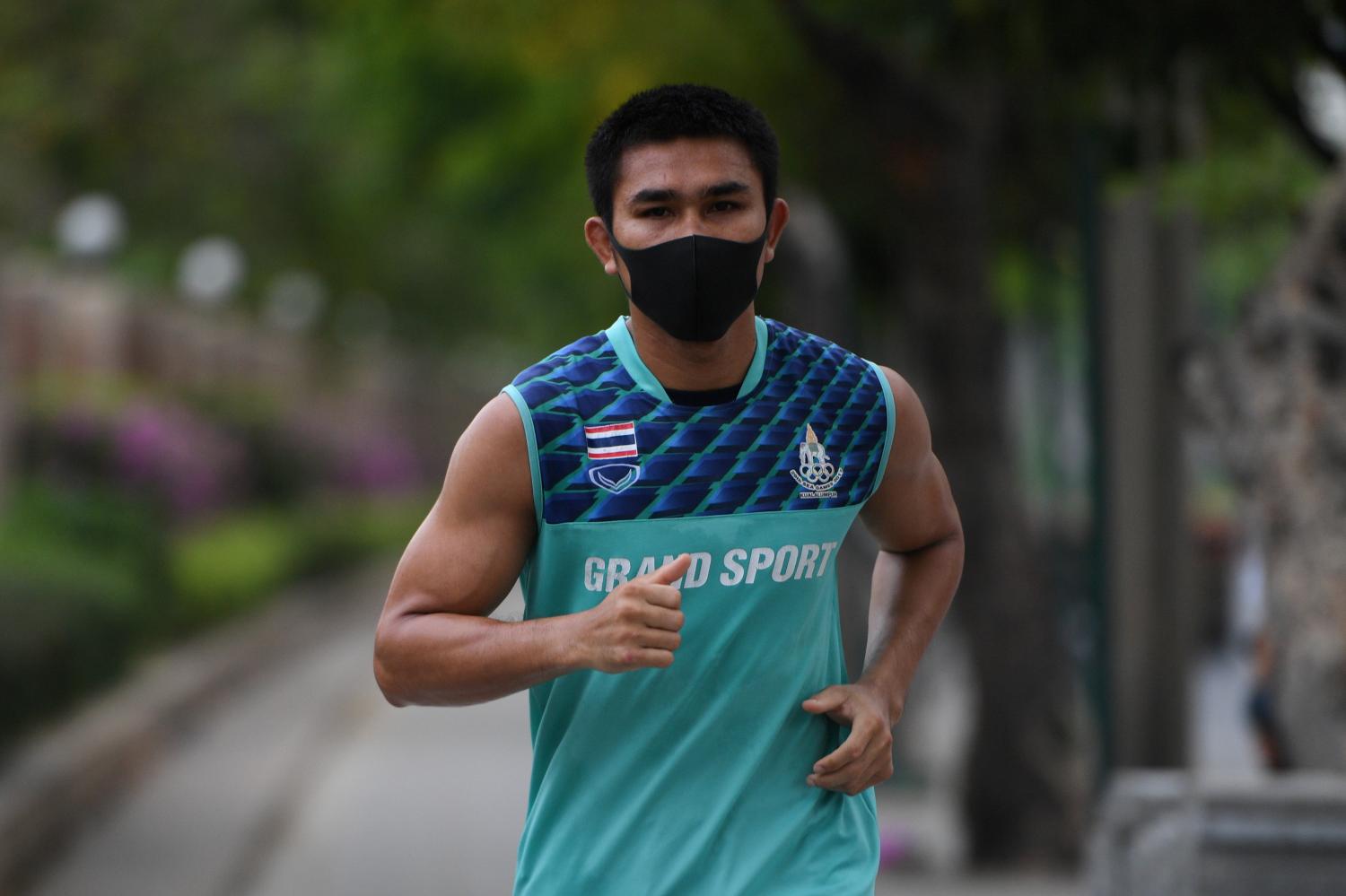 Panipak is scheduled to compete on Saturday and could become Thailand's first gold medallist at Tokyo 2020 and first Olympic taekwondo champion.

"It's time for us to win a gold medal. I am confident that we will achieve this," Taekwondo Association of Thailand president Pimol Srivikorn said.

Ramnarong Sawakwiharee, the other Thai taekwondo fighter at the Games, will also compete tomorrow in the men's 58kg.

After their hat-trick of wins in Bangkok, mixed doubles duo Dechapol and Sapsiree are considered Thailand's top hope in badminton. 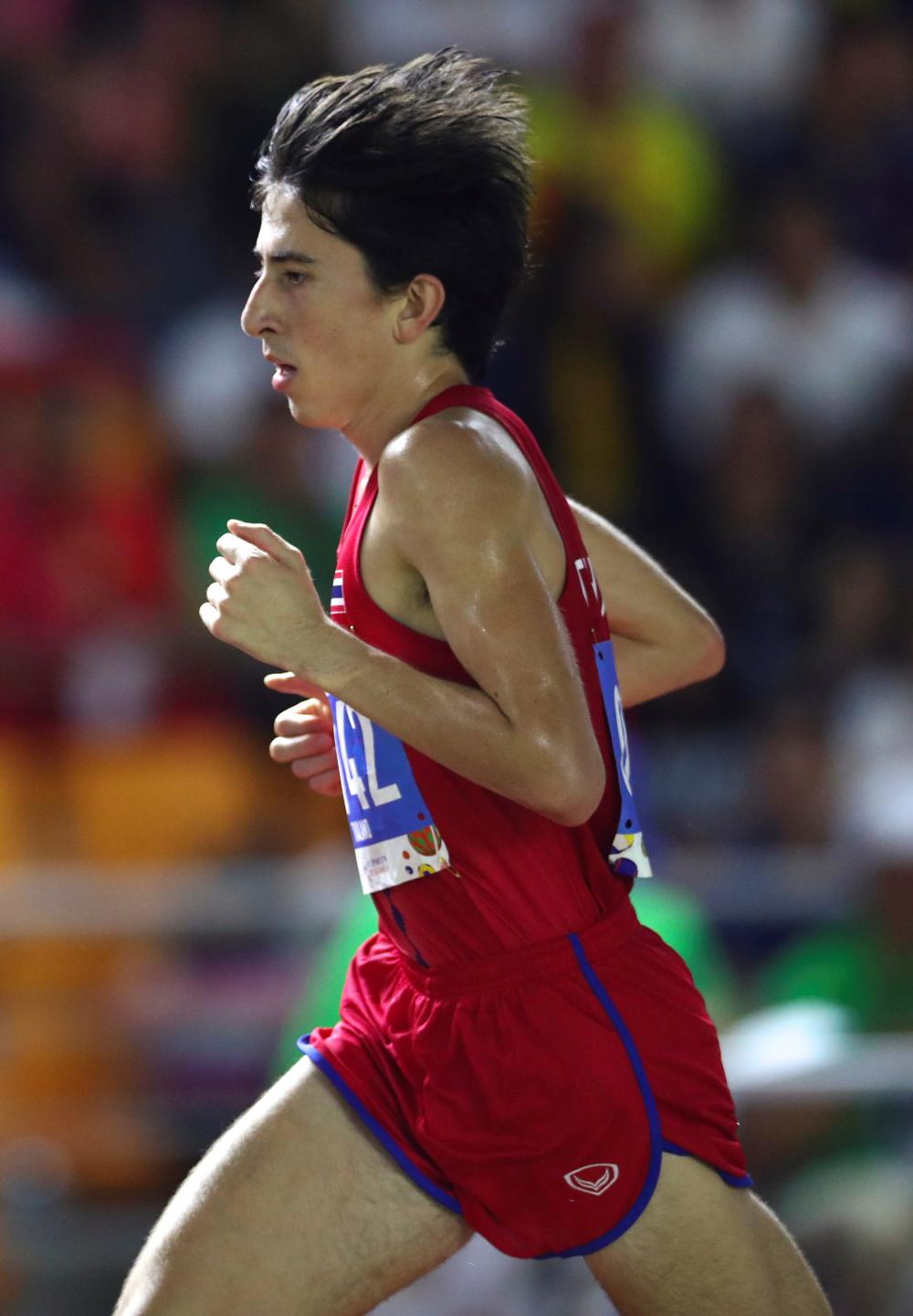 Women's singles star Ratchanok will also try to win the country's first ever medal in badminton.

In golf, Ariya and Patty, the country's only two major winners, will be among the favourites in the women's event.

Former world No.1 Ariya, 25, has enjoyed a good run this season with two wins on the LPGA Tour.

She ended her title drought and became the first home player to win the LPGA Thailand in May.

Ariya, along with her sister Moriya, won the Great Lakes Bay Invitational, a two-player team event, in Michigan last Saturday.

Two-time major champion Ariya is by far Thailand's most successful golfer of either gender with 12 LPGA victories.

Patty celebrated her maiden LPGA win at the ANA Inspiration in April.

The Amateur Athletic Association of Thailand believes distance runner Kieran, 24, could spring a surprise in Tokyo.

The US-based star, a Harvard University graduate, will compete in Tokyo in the 10,000m.

He first represented Thailand at the 2018 Asian Games, where he finished fourth in the 10,000m.

Meanwhile, a Thai Olympic medallist will become rich as a gold is worth 12 million, a silver 7.2 million baht and a bronze 4.8 million baht in bonus from the government via its National Sports Development Fund.

The associations and coaches of the medallists will also receive separate bonus.

Several private companies will also reward the successful athletes with cash or gifts.

Since Thailand first took part in the Olympics at the Helsinki Games in 1952, they have won nine gold, eight silver and 16 bronze medals in only three sports -- weightlifting, boxing and taekwondo.

Only weightlifters (five) and boxers (four) have won gold medals for Thailand, so far.

Messi chooses Guardiola reunion to get up and running with PSG

'We came here to win,' says Sheriff captain after shocking Real in Madrid

Man U fans, welcome to roller-coaster