With a new shirt, Thai badminton star Ratchanok Intanon comfortably beat Gregoria Mariska Tunjung of Indonesia 21-12, 21-19 to reach the quarter-finals of the women's singles at the Tokyo Olympics on Thursday.

The world No.6 is Thailand's only shuttler left at Tokyo 2020 after Busanan Ongbamrungphan was eliminated in the round of 16 at the Musashino Forrest Sports Plaza.

Wearing her own sleeveless shirt, Ratchanok underlined her supremacy over her 23rd-ranked opponent, clinching the last-16 match in just 39 minutes.

The 26-year-old Thai has now beaten Tunjung in all eight of their encounters.

On Tuesday, Ratchanok wore Thailand's official shirt and struggled to get past Soniia Cheah Su Ya of Malaysia in her last group game.

The official uniforms for the Thai athletes at Tokyo 2020 have been criticised as unfit and look too large for some players.

Ahead of Thursday's match, Ratchanok asked Badminton Association of Thailand president Patama Leeswadtrakul to allow her to wear a shirt other than the official one. 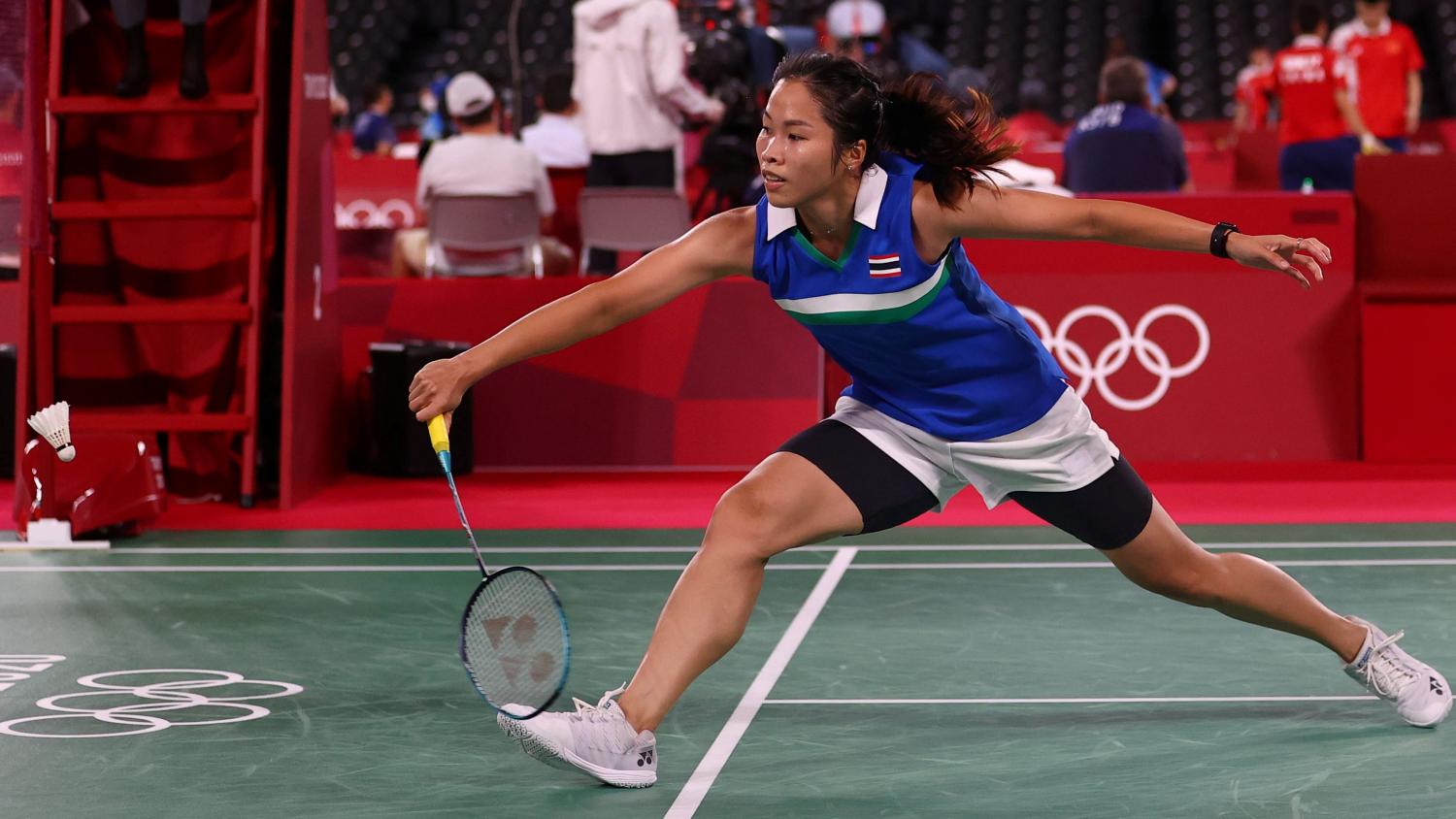 Khunying Patama then brought the issue to Thana Chaiprasit, chief of Thailand's delegation.

Thana said the star got permission from the National Olympic Committee of Thailand, Badminton World Federation, and Grand Sport which makes Thailand's uniforms.

"I got this [new] shirt this morning," Ratchanok.

"In fact, it is not a big deal. I just have to play to the best of my ability."

Ratchanok will next meet top-ranked Tai Tzu-ying in the quarter-finals on Friday.

The Taiwanese leads their head-to-head record 15-14.

"Tai has good technique and is physically stronger than me," said Ratchanok, who will play in her second quarter-finals at the Olympics after reaching that round at London 2012.

"She likes to take risks but I like to play it safe. I need to come up with a game plan for the match."

Ratchanok admitted that she can feel the pressure mounting on her shoulders following the exit of Thai medal prospects Dechapol Puavaranukroh and Sapsiree Taerattanachai in mixed doubles.

"Expectations on others have swung to me because I'm the only Thai badminton player left. But I don't feel as stressed as I did in the 2012 Games. I'm still in the tournament and just have to keep performing my duties," she said.

Thai boxer Jutamas Jitpong is aiming for an Olympic medal after she tamed Irish Magno of the Philippines 5-0 in the second round of the women's 51kg at the Kokugikan Arena on Thursday.

The 23-year-old Thai was familiar with her opponent, having sparred with the Filipino during training in Nakhon Ratchasima ahead of the Games.

She relied on her knowledge of Magno' style to dictate the fight with accurate blows and left hooks that won her a unanimous decision.

The 2019 SEA Games bronze medallist from Nakhon Si Thammarat became the second Thai boxer to reach the quarter-finals at Tokyo, following in the footsteps of Chatchai-decha Butdee in men's 57kg division a day earlier.

"I was quite confident going into the fight because we trained together and I never lost to her. I could box at will and did everything according to my plan," said Jutamas, who only took up boxing four years ago.

"Actually, it's been tough for us as we barely had any warm-up tournaments because of the Covid-19 situation. Some of us were a bit rusty at the beginning."

Up next for Jutamas is top seed Buse Naz Cakiroglu of Turkey who beat Tursunoy Rakhimova of Uzbekistan 3-2.

Jutamas is eyeing revenge against the Turk, who won their only previous encounter. A winner in the quarter-finals is assured of at least a bronze medal.

"I lost to her in a close fight in the Czech Republic. I think she was more dangerous back then. Now, I'm quite confident and I will try my best to get an Olympic medal," she said.

The bout is scheduled for Sunday as is Chatchai-decha's quarter-final clash with Lazaro Alvarez of Cuba.

In shooting, 58-year-old Svate Sresthaporn, after a strong start on Wednesday, missed three targets and a place in the six-athlete final in the men's trap competition.