For someone who makes no claim to being skilled at sport, former deputy defence minister Gen Udomdej Sitabutr is confident he will soon be overseeing Muay Thai's debut at the world's biggest sporting event. 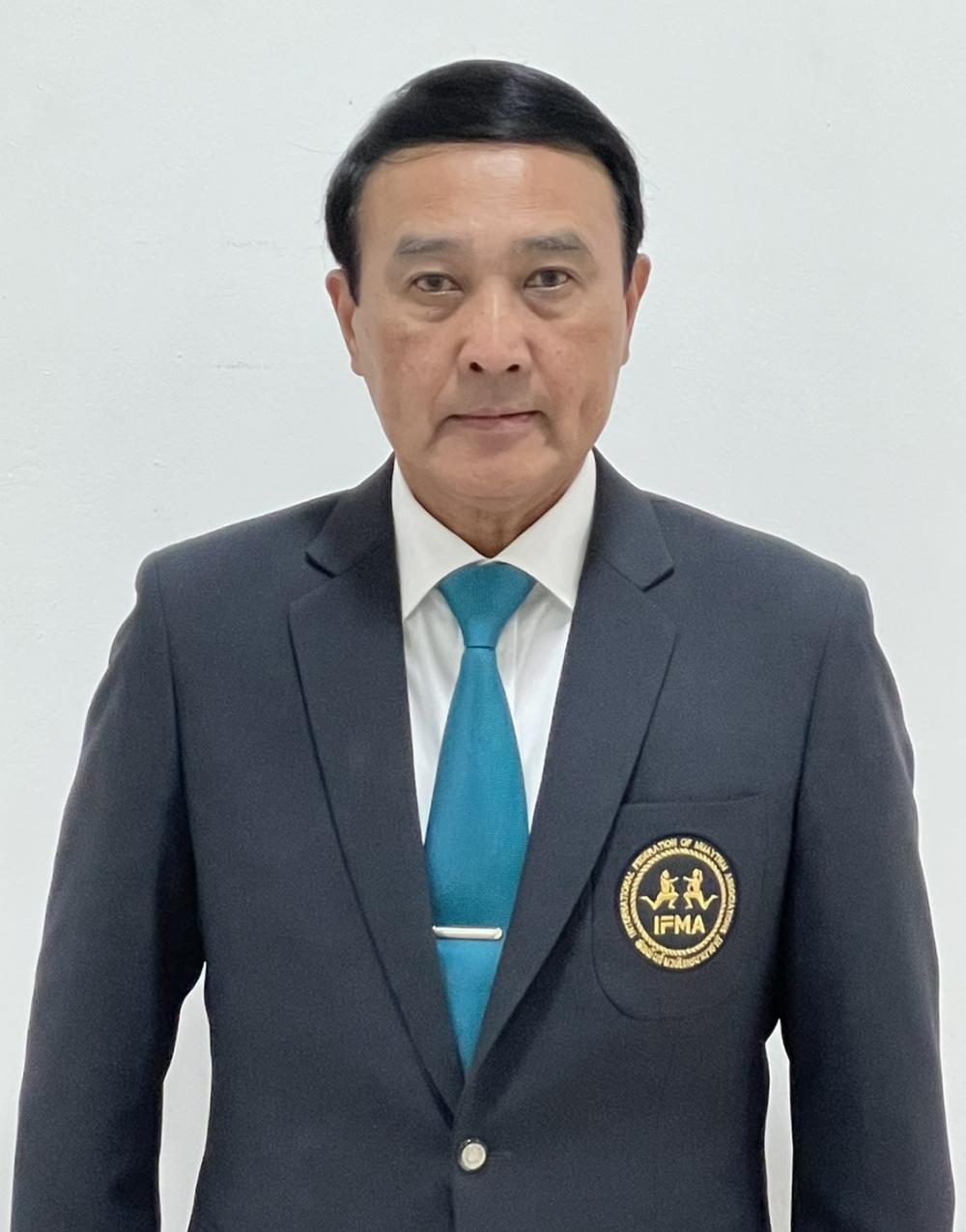 Muay Thai has been staged in international arenas countless times, but never before has it been honoured with a recognition as a sport in the Olympic Games.

After 30 arduous years of trying to clinch the listing, the International Olympic Committee (IOC) finally certified Muay Thai as an Olympic sport and granted the International Federation of Muaythai Associations (IFMA) permanent membership of the committee on July 20 at the 138th IOC session in Tokyo which is hosting the current Olympic Games.

It marks a momentous step up for Muay Thai to be competing in a class alongside international boxing in the Games.

However, it was no walk in the park getting to where it is.

Deputy Prime Minister Gen Prawit Wongsuwon, who is president of the National Olympic Committee of Thailand, has pulled out all the stops over the past three years to have the kingdom's traditional martial art accepted as an Olympic sport.

Endowed with influence and respectability in both sporting and political circles, Gen Prawit, who also leads the ruling Palang Pracharath Party, was fired up in his work to ensure the country IOC's recognition.

But Muay Thai's inclusion in the Olympic roster was only half the battle.

Gen Prawit also set out to find the right individual to head the IFMA and prepare the sport for its touted inclusion at the next Games in Paris two years from now.

Last year, the deputy premier named Gen Udomdej, the former army chief, as one of seven vice presidents of the IFMA. Gen Udomdej was being groomed to take over from the current association president, Sakchai Thabsuwan, in December.

But before Muay Thai was listed as an Olympic sport, Gen Udomdej was appointed chairman of the IFMA with its 146 member countries. The association was founded in 1993 by Gen Mana Rattanakoses.

By December, Gen Udomdej is expected to hold both the IMFA chairman and president seats. The IFMA's headquarters is also being relocated from Switzerland to Thailand.

The two generals were also formerly attached to the 21st Infantry Division, Her Majesty The Queen Mother's Royal Guard in Chon Buri.

Gen Udomdej said Thai boxing is not his cup of tea and he was always more of a football fan when he was growing up.

He also conceded his name came up in connection with the IFMA vice presidency "out of the blue", and the association's vote to install him in the position surprised him even more.

"I'm not an athlete. I've been a career soldier all my life.

"Yet the [IFMA] apparently has placed its full confidence in me to deliver," Gen Udomdej said.

Gen Prawit did not inform him in advance of the appointment. "But it's a service to the nation to push for Muay Thai to be among the Olympic sports and we have tried so hard for so long to accomplish the goal," he said, adding that Gen Prawit deserves most of the credit.

In the three decades since its inception, the IFMA has worked with the government and other sport bodies to ensure Muay Thai is now conducted with all the rigorousness expected of an Olympic Games event.

The IFMA is the only Muay Thai governing body recognised by the IOC and it is also a member of the Arisf (Association of IOC Recognised International Sport Federations).

Gen Udomdej said July 20 Olympic listing was a significant milestone as it will be put to a competition in the next Games.

The IFMA will now press ahead with ensuring the sport is ready to make its bow in the next Olympic Games in France, which hosts the Games in two years.

"We only have so much time, and it's a long process.

"If we miss the Olympics in France, we will have to wait another four years for the Games in the US in 2028," Gen Udomdej said.

To expedite matters, Gen Prawit has formed a panel to oversee the process while Gen Udomdej will lead a separate sub-committee to coordinate cooperation from the state, private and important figures in Thai boxing.

In the meantime, Gen Udomdej insisted that Muay Thai fully adopt all IOC rules, particularly those involving testing all fighters for the use of performance enhancing drugs.

In addition, the "One Standard Muay Thai" rules must be adopted accross the board to avoid discrepancies.

In 2023, Muay Thai will be a full competition event in both the European Games in Poland and the World Combat Games in Saudi Arabia.

Gen Udomdej said IFMA-governed tournaments have been given the all clear by the World Anti-Doping Agency. The IOC also requires that all boxers be at least 15 years of age and must wear head guards and other protective gear.

Also, the referee must stop the bouts at the first sign of physical danger to either fighter rather than allowing bouts to continue until there is a knockout.

The former defence minister added the IFMA should work to ensure that all the regional Thai boxing associations lift their standards. The IFMA is also the only IOC-accredited organisation able to issue a professional, globally-accepted licence to Muay Thai coaches.

"The IFMA is set to play a leading role in making sure Muat Thai can go the distance," he said.

The Department of Skill Development and the Sports Development Fund of Thailand have devised guidelines for administrating boxing coaching as an occupation.

This is so that our coaches can be employed overseas legitimately instead of having to work illegally on tourist visas.

"My job is to get Muay Thai to the Olympics as soon as possible. After that, I'll step aside and let someone else take my place," he said.

Thailand's own medal hopes in the sport consist of 5-7 golds in the lighter weight divisions. For the heavyweights, competition is stiff among larger-built boxers from China, Russia, Ukraine and the Middle East.

"We've learned this from participating in international events. It was no piece of cake taking the medals," Gen Udomdej said.

"But our dream of finally seeing Muay Thai bouts at the Olymics is now finally within reach," he said.