Boxer Sudaporn Seesondee lost to Ireland's Kellie Harrington 2-3 in their women's 60kg semi-final at the Tokyo Olympics on Thursday, but still walked away with a bronze medal.

The two fought a cautious first round, which was scored to Harrington. Sudaporn stepped up the tempo in the second round, but lost that too.

The Thai fought with confidence in the final round. hoping to impress the panel of  judges, but Harrington edged her 3-2.

The loss ended her olympic  campaign and will return to Thailand with a bronze medal.

“She did her best,” the Thailand Boxing Association posted a Facebook message. “Thank you for your efforts and determination to bring happiness to all Thais.”

Sudaporn is the first Thai woman boxer to win an Olympic medal. 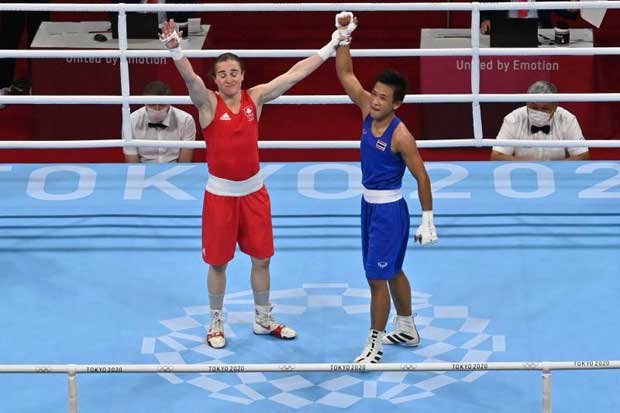 Kane misfiring but England favourites to march on