Chan Shih-chang poses with the winner's trophy at the Blue Canyon Country Club in Phuket. Photos by afp PAUL LAKATOS

PHUKET: Taiwan's Chan Shih-chang prevailed after a gripping tussle to win the US$1 million Blue Canyon Phuket Championship yesterday and become the first winner on the Asian Tour following a 20-month hiatus caused by the Covid-19 pandemic.

He shot a final round four-under-par 68 to finish on 18-under 270 and beat Thailand's Sadom Kaewkanjana and Kim Joo-Hyung from South Korea by one shot.

"It's impossible, it's amazing!" said Chan, whose last win on the Asian Tour came in the 2016 Asia-Pacific Diamond Cup in Japan.

"I am so happy to be back after the problems everyone has had with Covid. My front nine was not very good but an eagle on nine turned things around."

The 35-year-old was paired in the final group with Korean Kim Si-Hwan and Sadom and despite eagling the ninth he was still three behind Kim Si-Hwan at the turn. 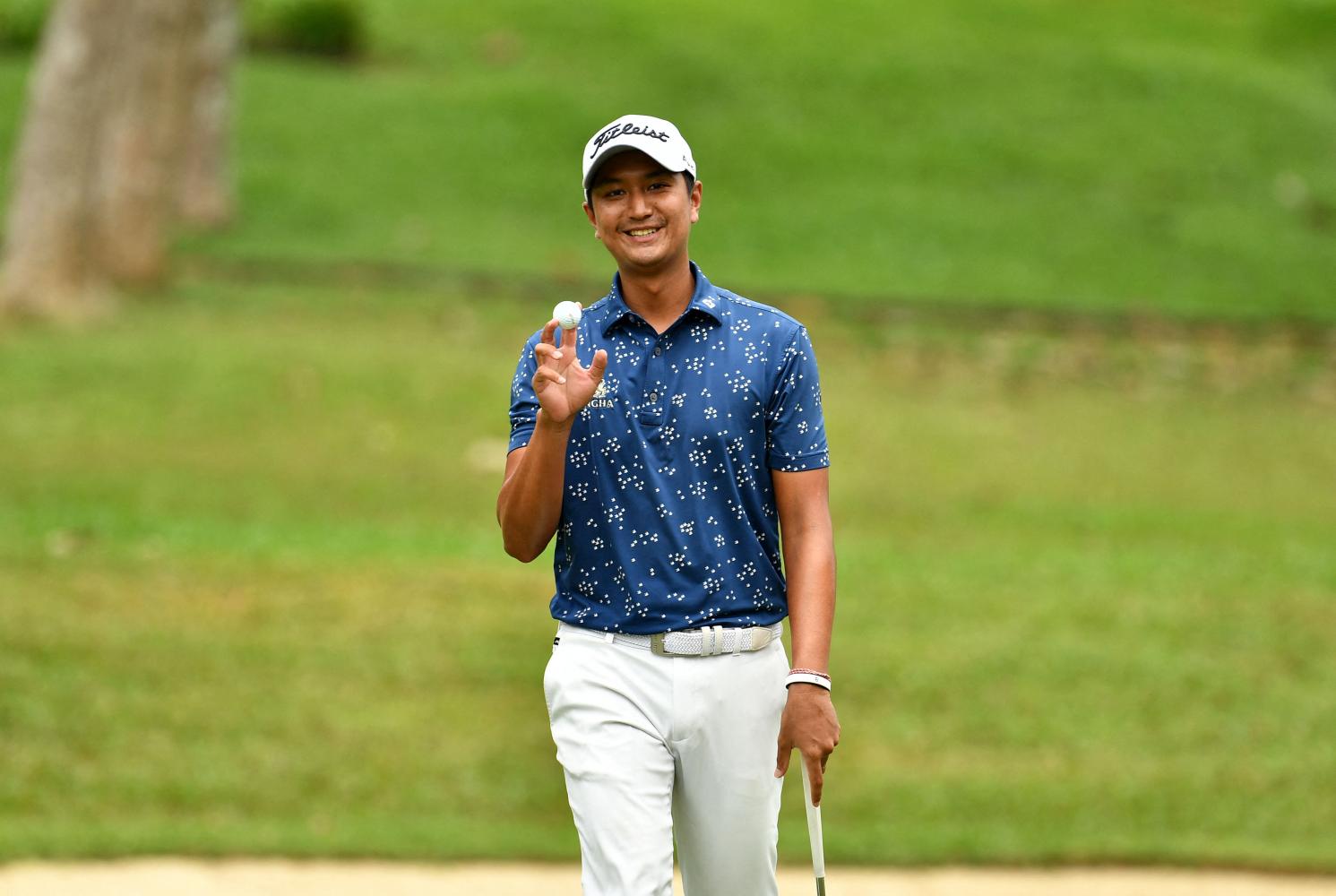 But the Taiwan star showed why he is already a winner on Tour by birdieing four holes in a row from the 13th.

He was tied with Sadom on the par-four 18th hole, but while Chan got up and down from the front of the green to make par after holing out from four feet, the Thai player missed the green to the left with his approach and failed to make his 12-footer for par.

Chan, who picked up a cheque for $180,000, warmed up for this week's event by finishing second in the Yeangder TPC on home soil last week -- an event normally played on the Asian Tour but could not this year because of Covid-19. Sadom was looking for his fifth win in two months -- he has won four times on the All Thailand Golf Tour, including the Thailand Open -- and has now not shot over par in 20 consecutive rounds.

"I tried my best, I came so close," said Sadom, who birdied three on the trot from seven and then birdied 13, 15 and 16 before his problems on 18, where he hit a wayward tee shot left.

"It's disappointing to bogey 18 but I will learn from it and come back stronger next week."

In contrast, 19-year-old Kim Joo-Hyung birdied 18 to snatch joint second place at the end. He fired seven birdies and one bogey and was chasing his second win on Tour.

Ratchanon Chantananuwat, Thailand's 14-year-old golf sensation, once again thrived playing in his first Asian Tour event when shot a brilliant 65 to finish in a tie for 15th on 12 under.

Ratchanon secured the low amateur award -- for the seventh time in a row in a pro event -- after a brilliant round made up of eight birdies and one bogey.