Thailand need a result against Australia today to finish second in Group B for a place in the quarter-finals of the AFC Women's Asian Cup in India.

The Chaba Kaew could also qualify for the last eight as one of the two best third-placed sides in the three-group tournament if they avoid a heavy defeat against the Matildas in their last Group B game in Mumbai.

The top five teams plus Australia reach the 2023 Fifa Women's World Cup to be held in Australia and New Zealand.

Title contenders Australia, who have six points from two games, have already qualified for the quarter-finals.

Thailand are level on three points with the Philippines who are expected to beat Indonesia today.

Thailand lost 1-0 to the Philippines and defeated Indonesia 4-0 in their first two games.

Thailand coach Miyo Okamoto said her side will chase all three points against the mighty Australians.

"We always prepare to win and we will go into the game against Australia with the same mindset," the Japanese said.

Thailand forward Irravadee Makris, who scored a goal against Indonesia, said her team could get a result against the Matildas.

"We know that it will be a tough match for our team," she said.

"Australia are a good team but in my opinion, if we can play like what we did in training, we can do it. Everyone must help each other and it will be an exciting game."

Australia cruised to a 6-0 win the last time the two sides met during Tokyo Olympics qualifying.

The Australians have scored 22 unanswered goals in wins over Indonesia (18-0) and the Philippines (4-0).

Coach Tony Gustavsson hinted at possible changes for his side's match against the Thais but declared there would be no letup in terms of how they approach the match itself. 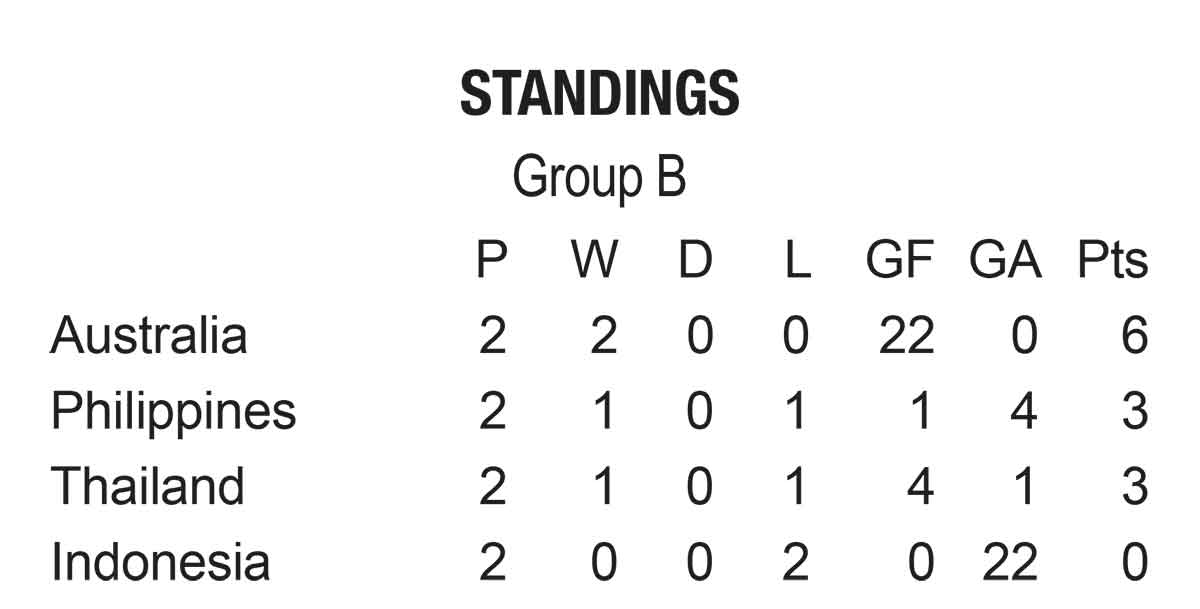