Australia defeated Thailand 2-1 at the Women's Asian Cup in Mumbai on Thursday to secure the top spot in Group B and set up a quarter-final clash with South Korea. 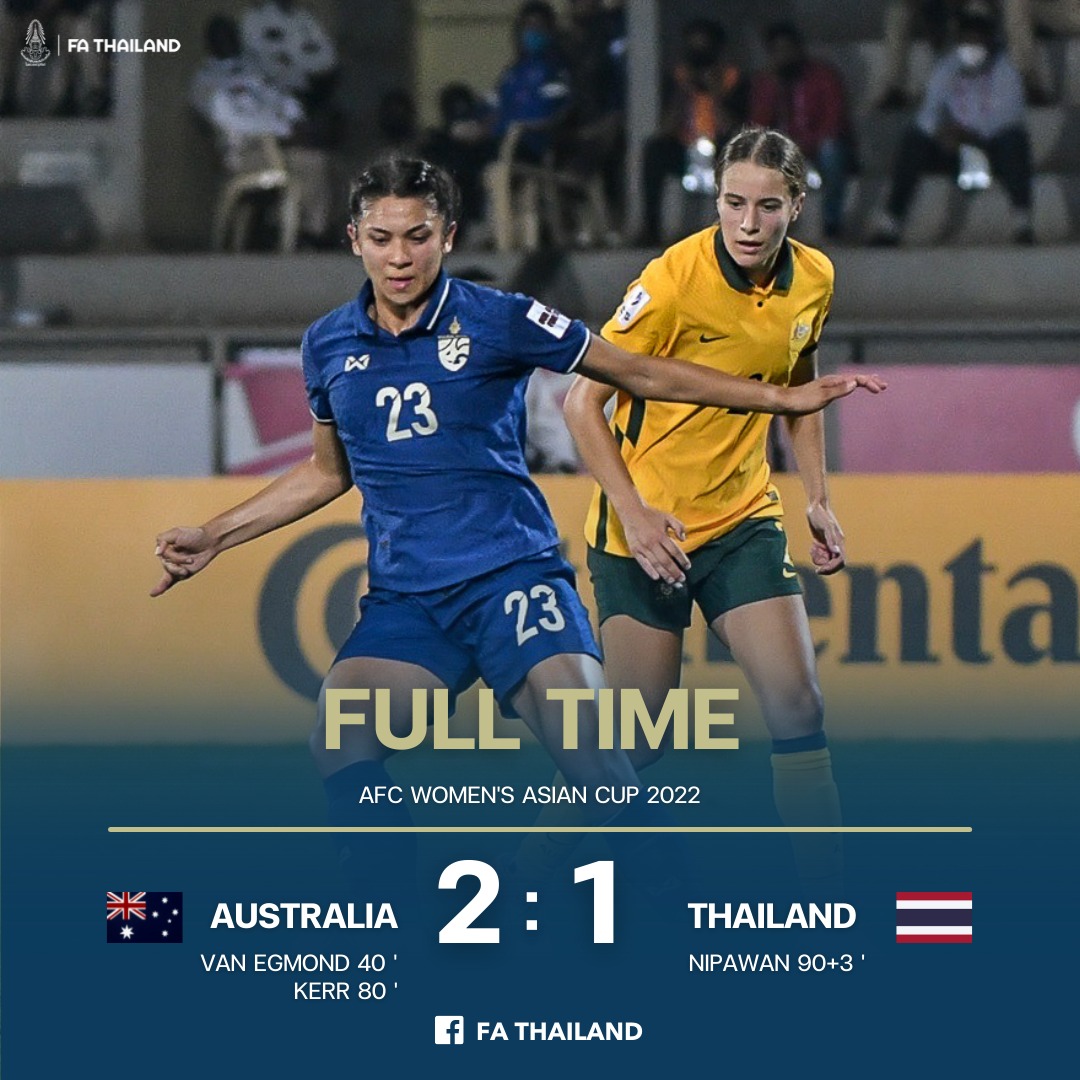 The Matildas finished the group stage with nine points, ahead of the Philippines, who ended on six points after thrashing Indonesia 6-0 in Pune.

Australia took the lead in the 39th minute after Emily van Egmond scored with a low drive from the edge of the box and all-time leading scorer Sam Kerr came off the bench to add the second goal in the 80th minute.

Despite the defeat, Thailand advanced to the quarter-finals on account of finishing among the best third-placed teams alongside Vietnam.

Thailand will face two-time defending champions Japan, who clinched the top spot in Group C on goal difference despite being held to a 1-1 draw by second-placed South Korea.

Forward Roki Ueki gave Japan the dream start with a goal in the first minute -- the quickest at the competition -- as she charged into the box and found the bottom left corner with a fine finish.

South Korea, putting up an improved performance in the second half, found a late equaliser through substitute Seo Ji-youn in the 85th minute after a scramble in the box.

Vietnam, who came from behind twice to hold Myanmar to a 2-2 draw in Navi Mumbai, will take on Group A winners China in the last eight. The Philippines will face Taiwan, who finished second in Group A.

Group A ended with only three teams with hosts India thrown out of the tournament after a Covid-19 outbreak meant they were unable to field a team for their match against Taiwan.

The quarter-finals will be held on Sunday, followed by the semi-finals on Feb 3 and the title clash on Feb 6.

The competition is doubling up as Asia's qualifier for next year's Women's World Cup, with the continent awarded five guaranteed spots at the finals in Australia and New Zealand.

Australia qualify for the World Cup as co-hosts while two other Asian nations will feature in an intercontinental playoff round.