Aitsaret, who is facing a lifetime ban for a Muay Thai-style blow in the dying moments of the match, and Supasan came face to face at a disciplinary hearing organised by the Football Association of Thailand (FAT) on Thursday.

Aitsaret told Supasan and the FAT officials that he deeply regretted the incident.

"I would like to apologise for what I did on that day," said the former Bangkok FC player. "It was an emotional moment and I couldn't control myself.

"I am sorry and I apologise to Supasan, his team and everyone else for the incident."

The blow floored Supasan who required 24 stitches on his upper lip.

Pol Lt Gen Amnuay Nimmano, chairman of the FAT disciplinary committee, later said the FAT has set up a committee to investigate the incident and its findings will be announced soon after the panel has finished its probe.

Meanwhile, the FAT has named 27 players for the War Elephants Fifa Day matches on Mar 24 and 27 against Nepal and Suriname respectively. 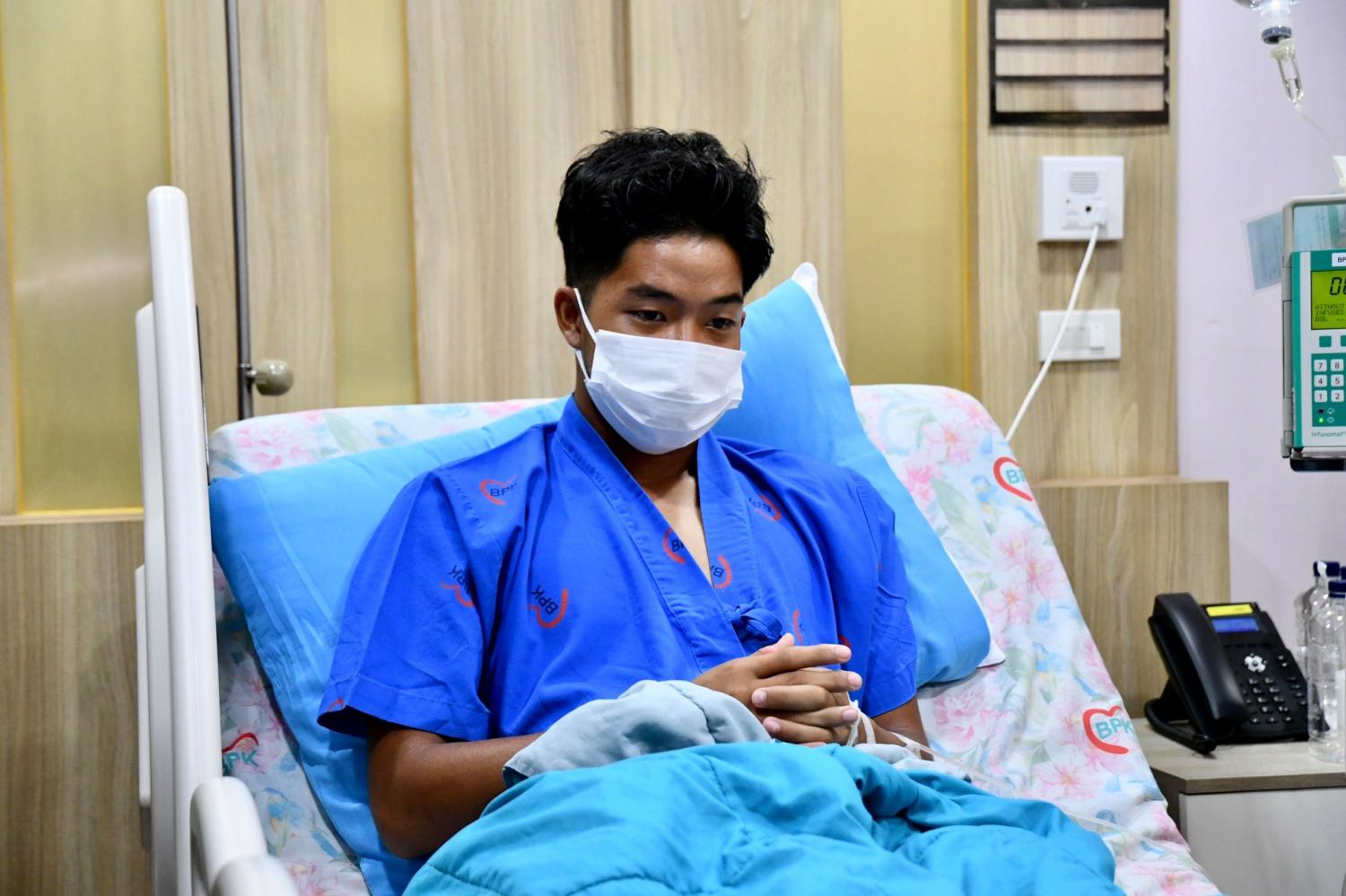 Supasan Ruangsuphanimit suffers a fractured cheekbone after he was elbowed by his opponent during a football match on March 13, 2022.