A woman rides her bicycle past a sign for the 31st Southeast Asian Games (SEA Games) in Hanoi on Wednesday, a day before the start of the multi-sport event. (Photo: AFP)

Malaysia will host the 2027 SEA Games and Singapore the 2029 edition, the two countries said on Thursday, hours ahead of the opening ceremony of the Covid-delayed 2021 showpiece in Vietnam.

Olympic Council of Malaysia president Norza Zakaria said in a statement that a meeting at a Hanoi hotel saw the SEA Games Federation "unanimously" award his country the event for the seventh time.

Singapore's Olympic Council said on Facebook that the city-state will hold the biennial Games for a fifth time.

"We are pleased to host the prestigious regional sporting event in Singapore again," council president Tan Chuan-Jin said in the social media post.

The 2021 Games in the Vietnamese capital Hanoi were delayed six months because of Covid-19 and are set to officially open later Thursday.

The 2023 SEA Games are scheduled to be held in Cambodia and 2025 will be in Bangkok.

On Wednesday, Thailand got their first gold with success in pencak silat. 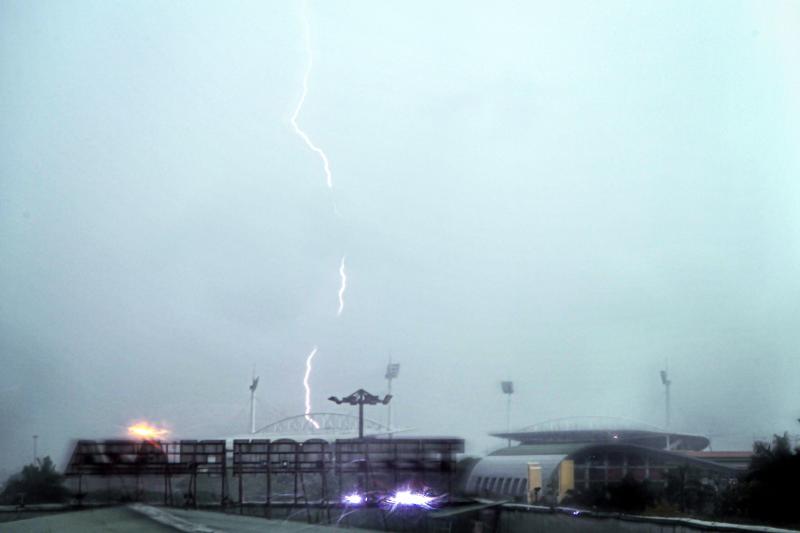 Lightning strikes during heavy rain near the My Dinh national stadium before the opening ceremony of the 31st Southeast Asian Games (SEA Games) in Hanoi on Thursday. (Photo: AFP)