It was Thailand's 24th title in the event in the 31st SEA Games. However, they could not beat Vietnam's SEA Games mark of 43.88.

"Before the final, we said we would go out and have fun. We thought we could break the record. We failed to set a new record but at least we retained the title," said On-uma. 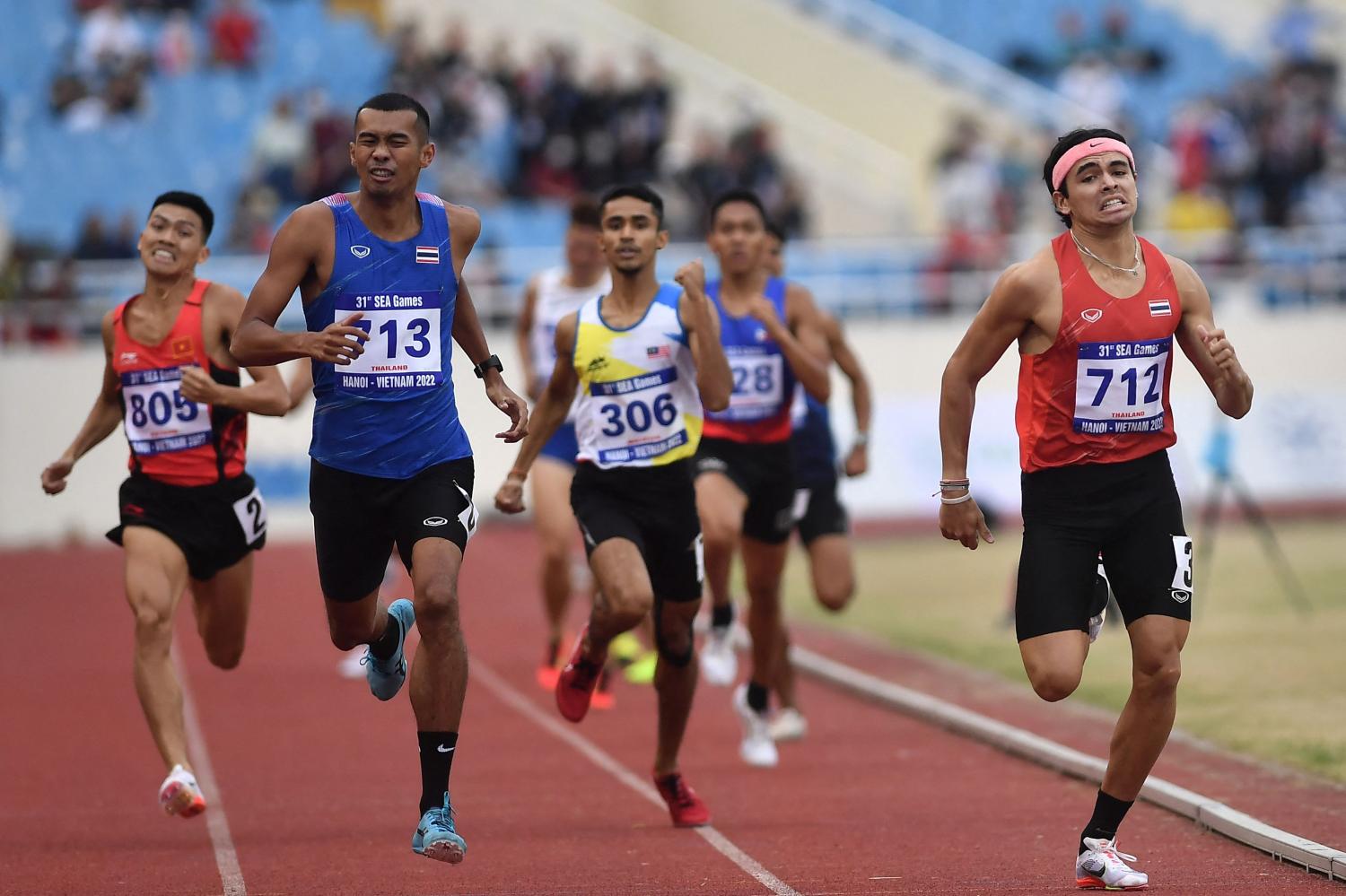 The Australian-Thai clocked 1:55.75 minutes ahead of Jirayu Pleenaram (1:55.77) as the kingdom finished one-two in the event.

With the 800m crown, Joshua became the first runner to claim three golds at one Games in nine years.

Earlier, he had secured gold medals in the 400m and mixed 4x400m relay events at the same venue in Hanoi.

Joshua also has the chance to add a fourth gold to his tally when he competes in the men's 4x400m relay on Wednesday.

In the women's discus throw, Thailand's Subenrat Insaeng comfortably claimed the gold medal with an attempt of 53.09m.

In gymnastics, Thailand's Sasiwimon Mueangphuan and Indonesia's Rifda Irfanaluthfi were joint winners in the women's floor exercise as they both scored 12.70 points. 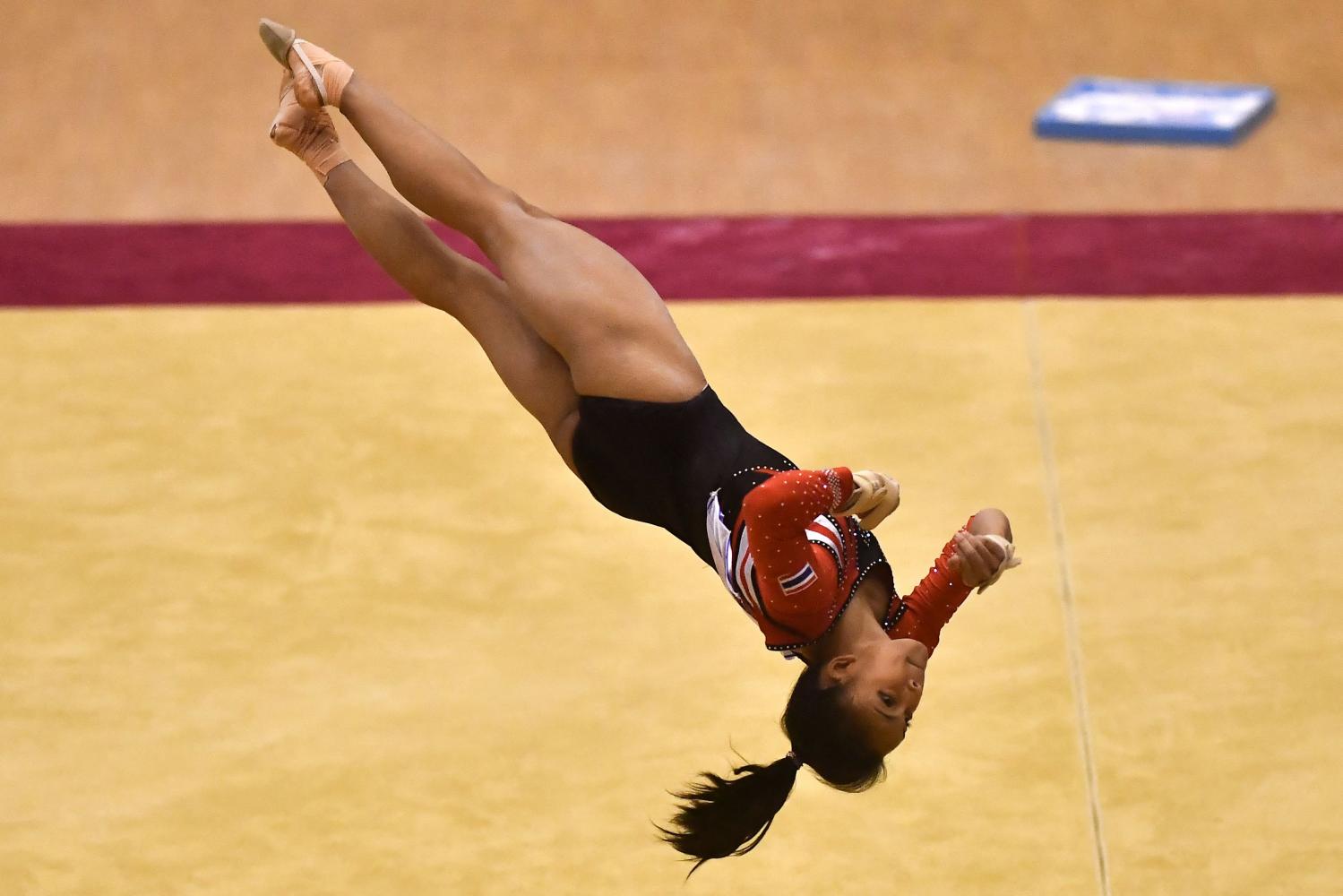 The Thai women's football team beat Laos 5-0 in their final Group B game on Sunday night with Taneekarn Dangda scoring a hat-trick.

The Chaba Kaew will meet the Philippines in the semi-finals on Wednesday.

The Philippines defeated Thailand at this year's Asian Championship and Taneekarn said the Chaba Kaew have since done their homework.

"Every player is hungry to play against them," said the forward.

"I am confident that we will get past them this time."

Thailand coach Miyo Okamoto said: "We have to be well-prepared for the game against the Philippines.

"We made a lot of mistakes when we met them earlier this year. We will be out for revenge and try to win the gold medal."

Vietnam (six) and Thailand (five) are the only two nations to have won the women's football title at the SEA Games.

Baison Maneekon, one of Thailand's top hopes in boxing, said she was disappointed that her 69kg division was cancelled because there were only two participants.

The 2020 Olympian would have made her SEA Games debut in Vietnam. 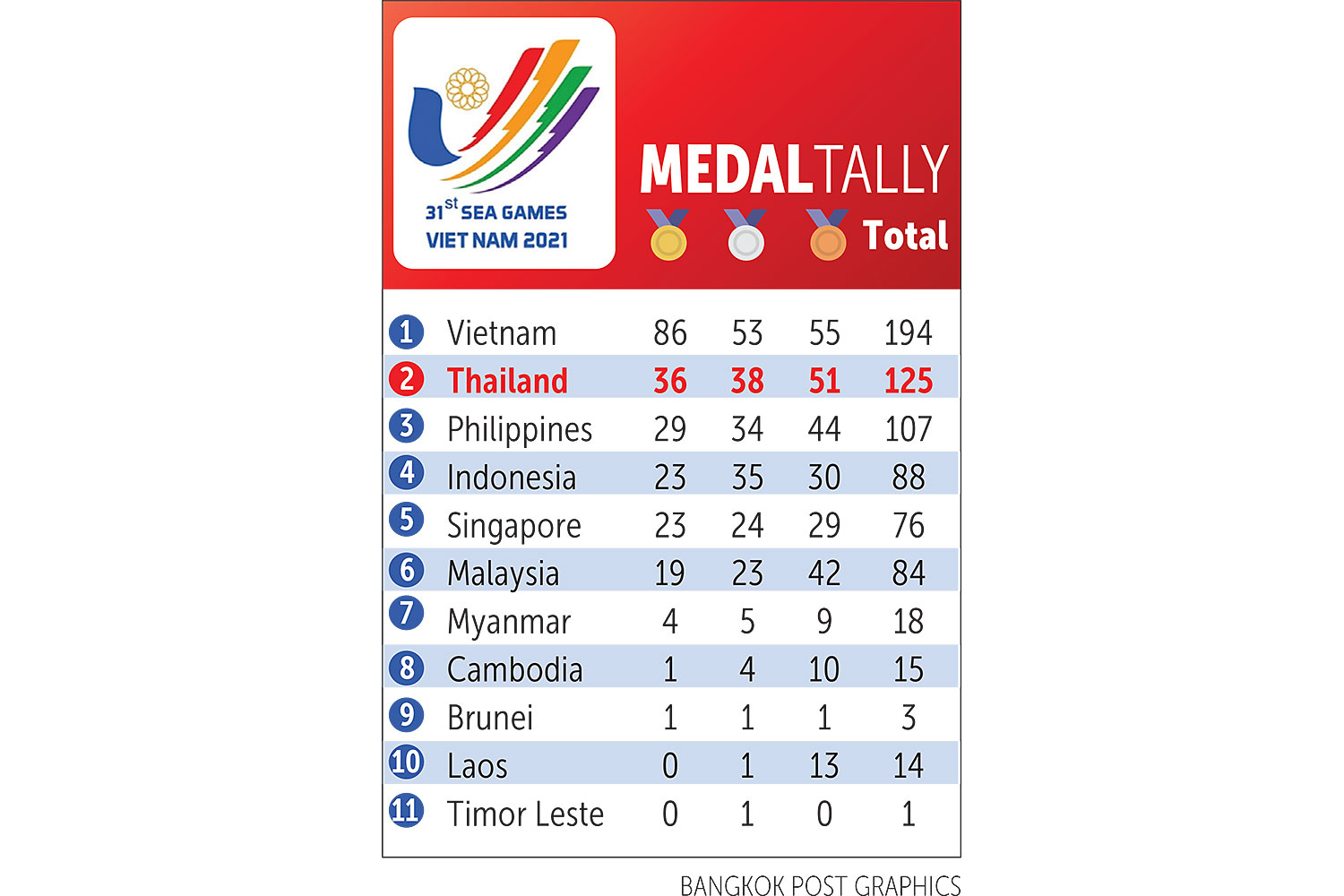