Ratchanok Intanon poses with her gold medal after victory against China's Chen Yu Fei in the women's singles final at the Malaysia Open in Kuala Lumpur on Sunday. (AFP photo)

Ratchanok Intanon returned to winning ways for the first time in more than two years after upsetting Chen Yu Fei in straight sets on Sunday at the Malaysia Open in Kuala Lumpur.

But the mixed doubles pair of Dechapol Puavaranukroh and Sapsiree Taerattanachai lost to Zheng Si Wei and Huang Ya Qiong of China.

It was her only third victory against 15 defeats over the Chinese.

Dechapol and Sapsiree ended the tournament on the runner-up podium after the pair were defeated by the Chinese competitors 21-13, 21-18 in just 35 minutes. 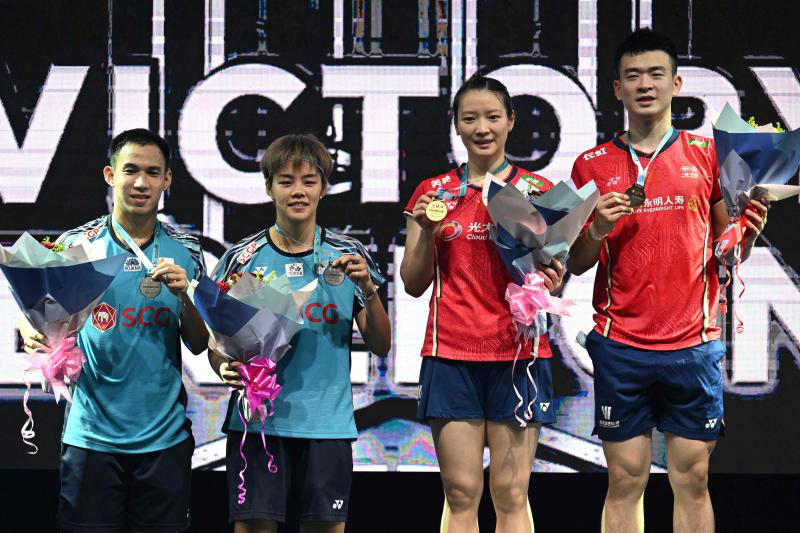 Swiatek sails through as Gauff survives