Thai spikers give their travelling supporters a wai to show their gratitude at the end of the preliminary round of the FIVB Volleyball Women's Nations League in Sofia, Bulgaria, on Sunday. (Photo: Thailand Volleyball Association)

Praise is being heaped on the Thai women's volleyball team after they made history for local sport by battling their way into the final-eight of the world finals to be held in Turkey.

Prime Minister Prayut Chan-o-cha on Monday congratulated the Thai spikers for showing to the world their impressive performances and skills that carried them to the FIVB Volleyball Women's Nations League finals to be held in Ankara, Turkey, later this month, according to government spokesman Thanakorn Wangboonkongchana.

Deputy Prime Minister Prawit Wongsuwon on Monday also lauded the team and the Volleyball Association of Thailand on their unprecedented success.

Thailand lost to Italy 3-0 on Sunday night in the last match of the preliminary round in Sofia, Bulgaria, and needed USA to triumph over Germany in a match starting hours later in Calgary, Canada, to get a spot in the finals. USA beat Germany 3-1.

Only seven teams in the first round and hosts Turkey advance to the finals. The Thai team occupy the last spot with 15 points from five wins and seven losses.

Thailand will meet Turkey in their first quarterfinal on July 14. 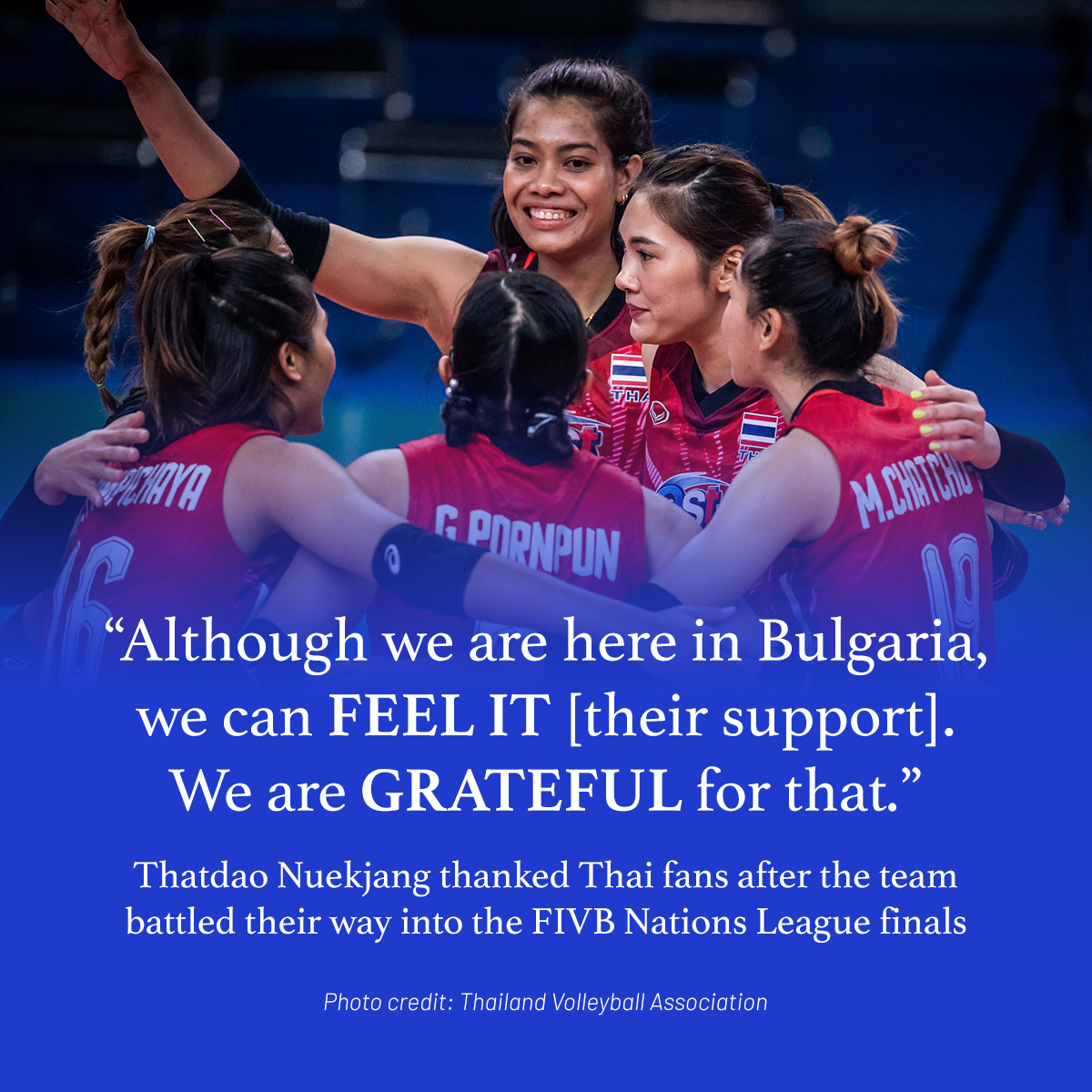 Thailand coach Danai Sriwatcharamethakul said the finals in Ankara would be a bonus for the young team. They will be meeting strong teams in the knockout stage.

"The players will gain experience. It is a good opportunity for them," he said.

Team captain Pornpun Guedpard said after the match against Italy that the team were satisfied with their performance in the first round.

"Overall, we are happy with our form, although it's not 100 per cent," she said.

Middle blocker Thatdao Nuekjang thanked Thai fans for all their support, which she said helped motivate the team to success.

"Although we are here in Bulgaria, we can feel it [their support]," she said. "We are grateful for that."

The team will return to Bangkok on Tuesday and concentrate on preparation for the match against Turkey.