Manchester United players arrive on a flight that was about an hour late getting into Don Mueang airport in Bangkok, where they brushed past more than 100 waiting fans. (Photos: Nutthawat Wicheanbut)

The English Premier League football team Manchester United arrived in Bangkok on Saturday to prepare for their exhibition match against longtime rivals Liverpool at Rajamangala National Stadium at 8pm on Tuesday.

The flight was scheduled to arrive at Don Mueang airport at 9.19am but was delayed for over an hour, according to Thai media. The team landed at 10.40am.

The Red Devils, led by manager Erik ten Hag, will hold a training session behind closed doors at STB Academy in Bangkok on Saturday evening.

A total of 31 players are taking part in the club’s pre-season tour of Thailand and Australia, but superstar forward Cristiano Ronaldo will not travel with the squad after being given time off to deal with a family issue. The 31 players include:

Man United finished sixth in the league last season and missed out on Champions League qualification, as the club’s wait for a first trophy since 2017 dragged on.

Liverpool, led by forward Mohamed Salah and goalkeeper Alisson Becker, are scheduled to arrive at Suvarnabhumi airport around noon on Sunday.

Tickets for Tuesday's match, priced from 5,000 to 25,000 baht, quickly sold out when they became available in March. But the London-based ticket resale site Viagogo claimed to have a limited number of tickets available, with a top price of 144,000 baht. 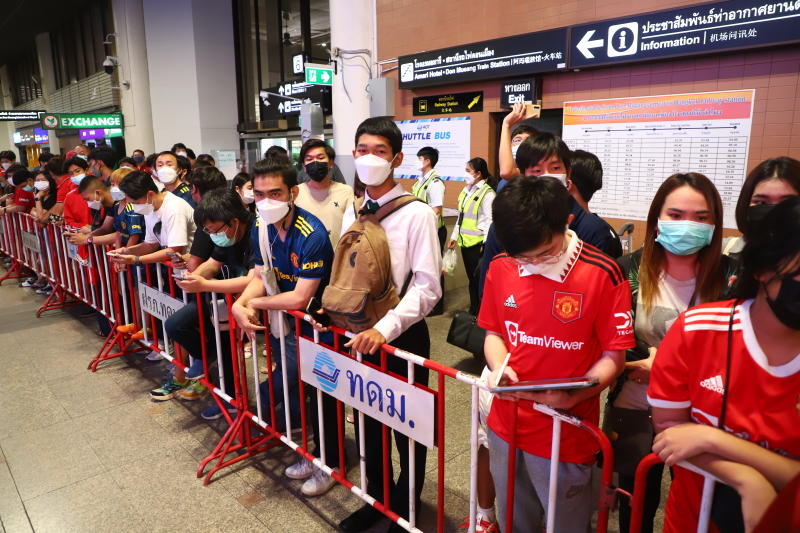 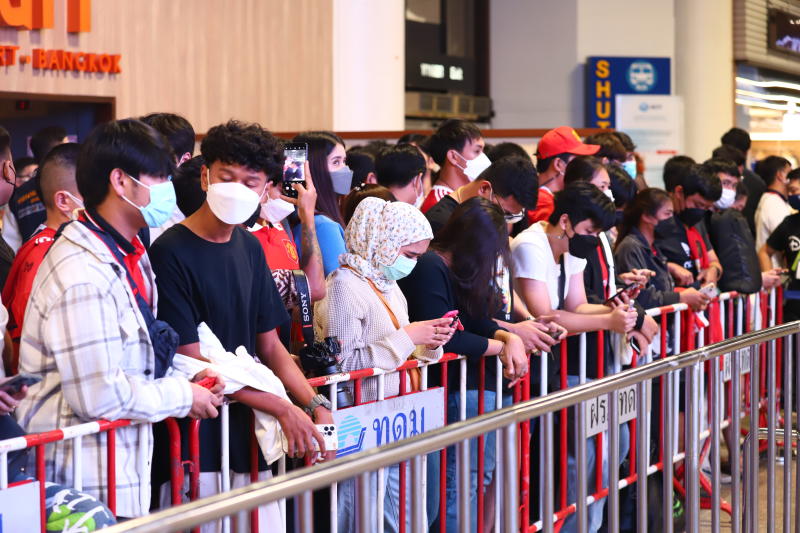 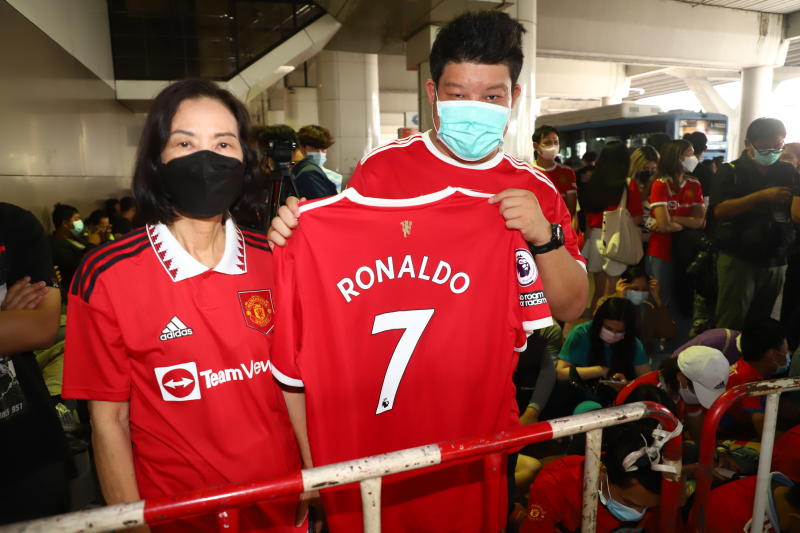 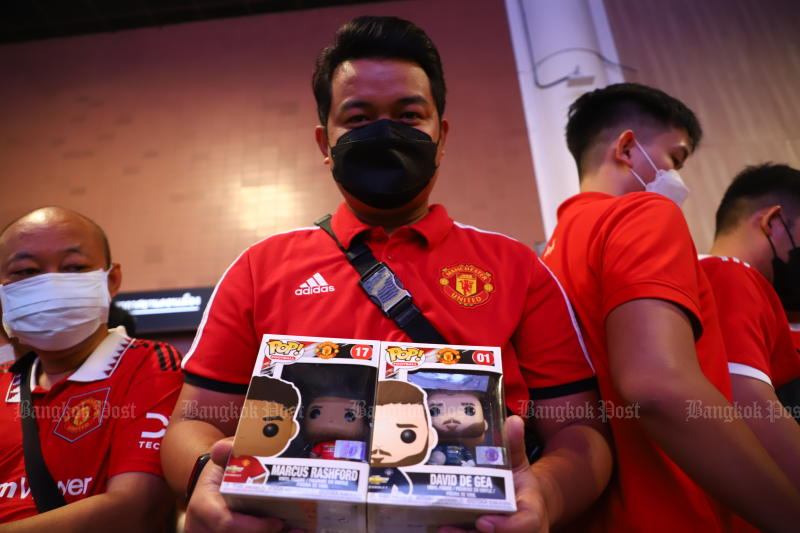 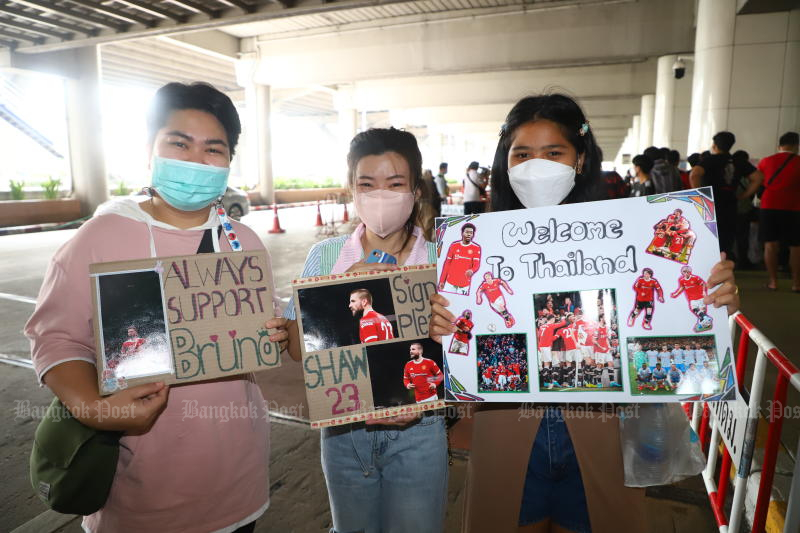 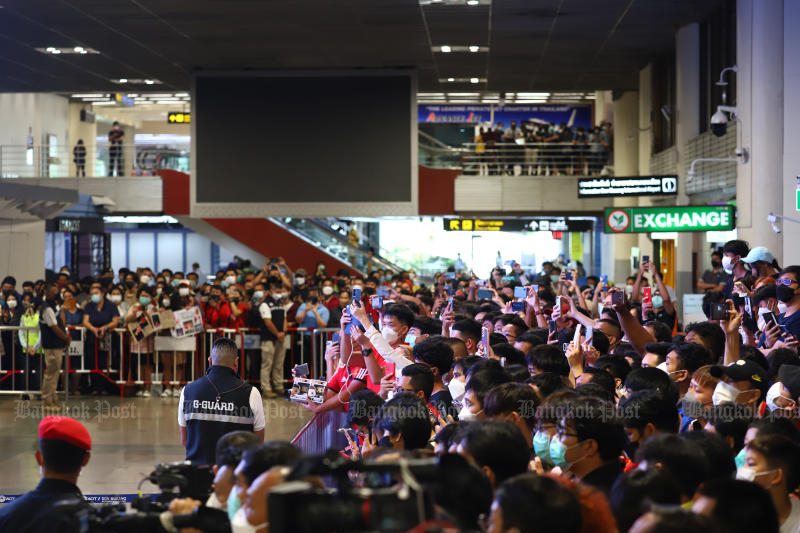 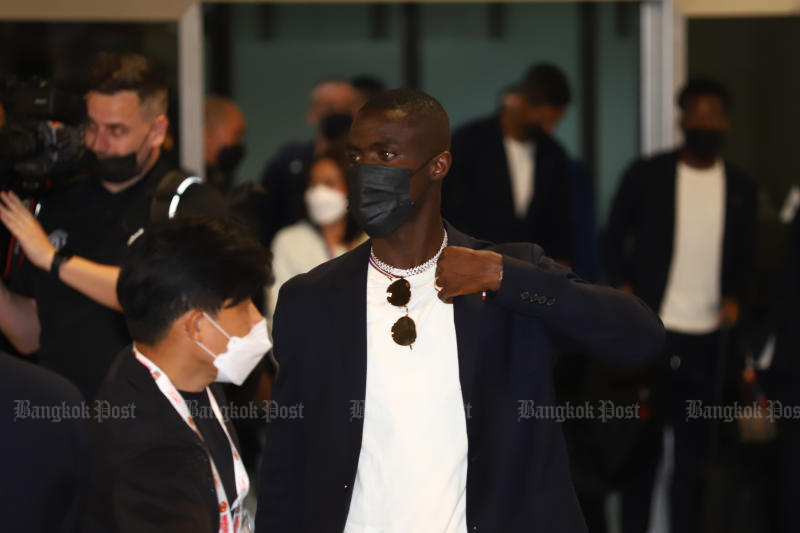 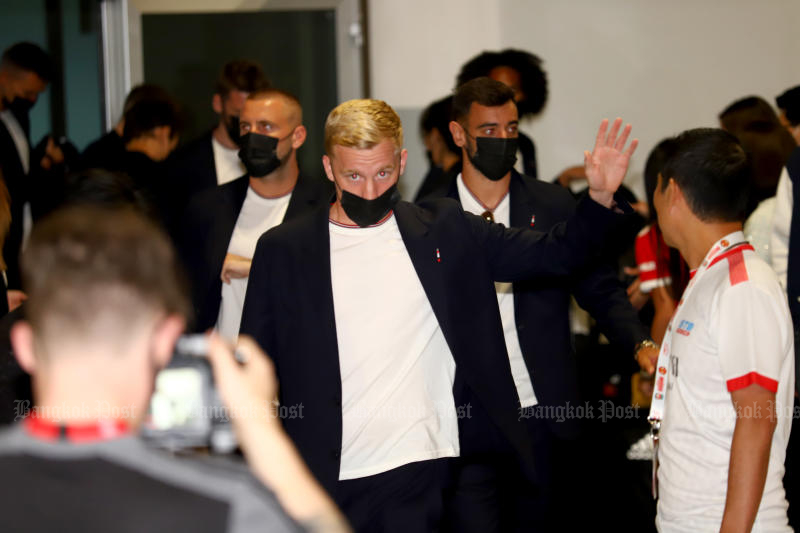 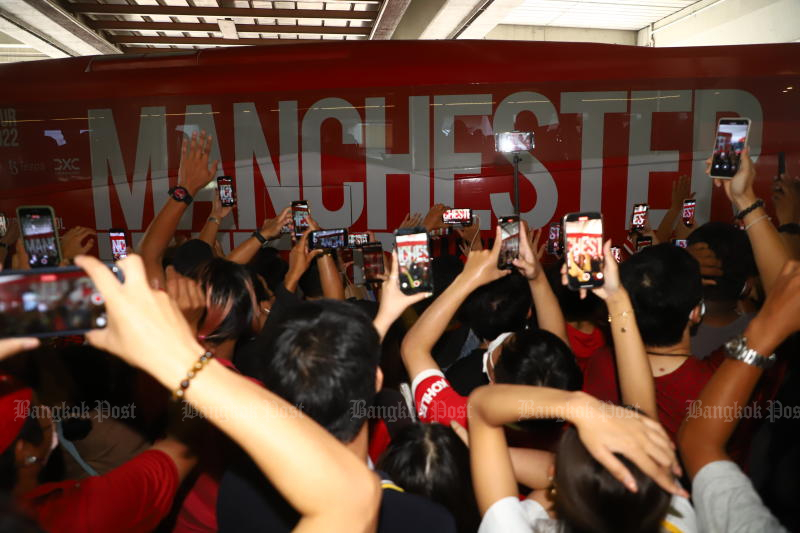 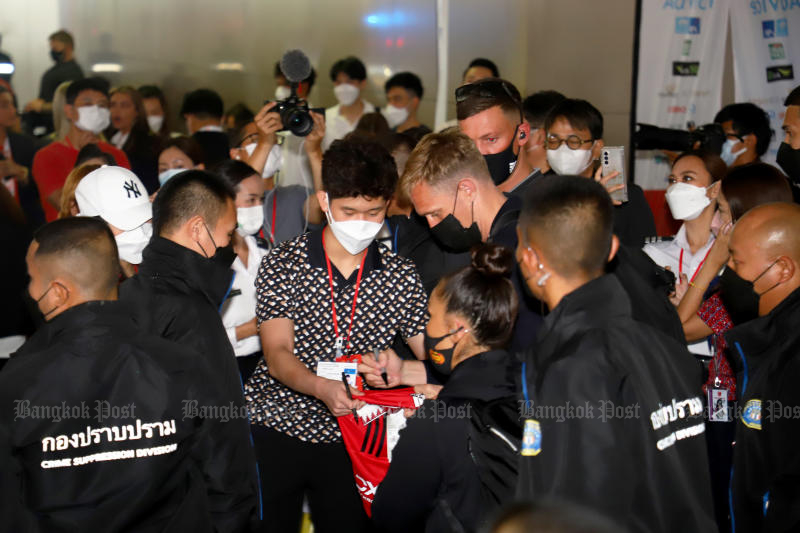 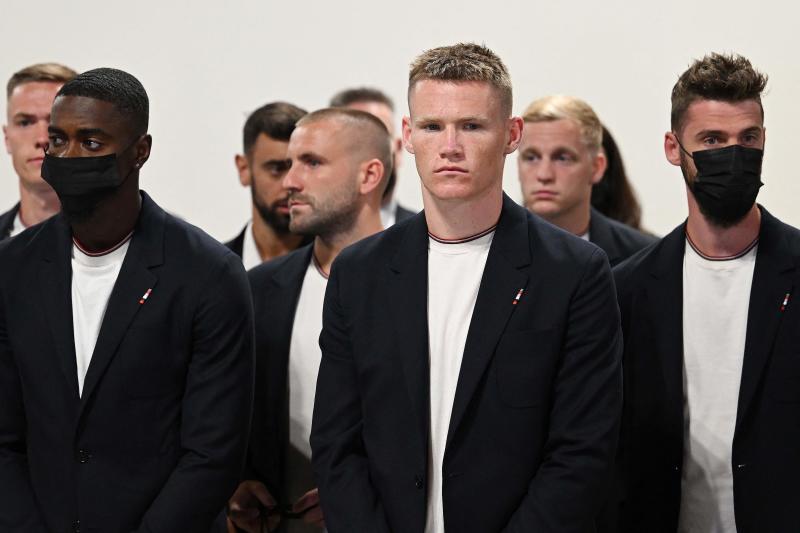 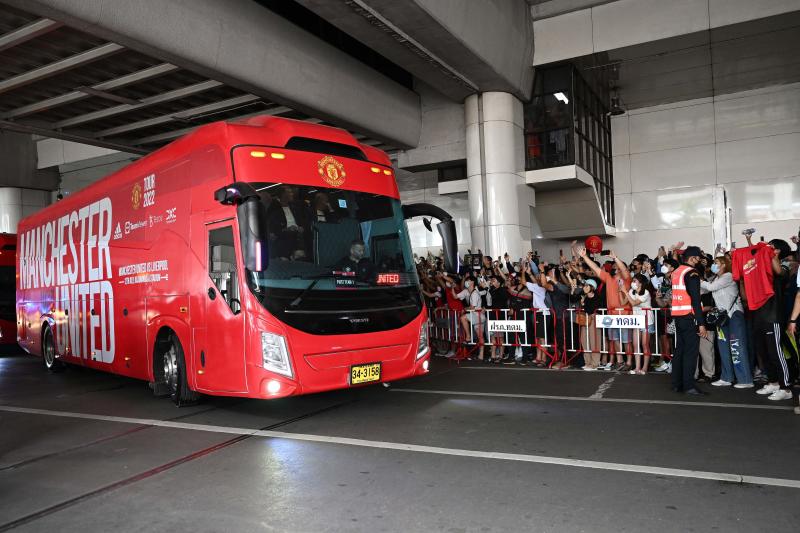