Manchester United's Anthony Martial is in action with Liverpool's Nathaniel Phillips during a pre-season exhibition match in Bangkok on Tuesday night. (Photo: Reuters)

Three goals came in the first half, with English winger Jadon Sancho opening the score for the Red Devils 12 minutes into the game. Brazilian midfielder Fred doubled the lead in the 30th minute, and French forward Anthony Martial added the third just three minutes later.

In the second half, winger Facundo Pellistri of Uruguay scored the fourth and final goal for Man United in the 76th minute.

The game ended with no red or yellow cards issued. 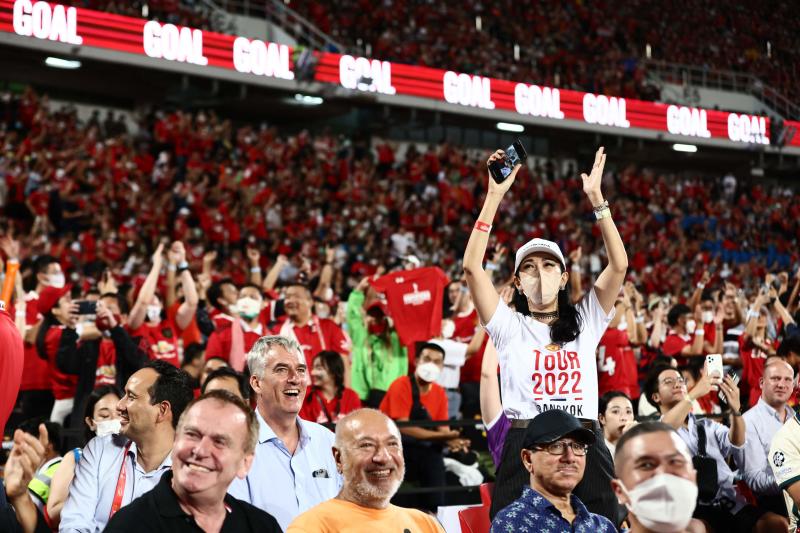