Chatchu-On Moksri of Thailand spikes the ball against Turkey in the World Championship in the Netherlands. (Photo: volleyballworld.com)

It will be another tough test for the Thais who upset Turkey in Pool B in the Netherlands on Saturday.

World No.14 Thailand are now in Gdansk and will play their remaining Pool B matches in the Polish city against the hosts, Croatia, South Korea and the Dominican Republic.

The Thais' confidence has been boosted by an encouraging message from Their Majesties the King and Queen.

After the Turkey match, His Majesty the King assigned his secretary ACM Satitpong Sukvimol to phone the team to praise their performance and wish them success for the rest of the tournament.

World No.13 Poland will start as favourites against coach Danai Wacharasrimaytakul's side, thanks to their home court advantage and recent record against the Thais. 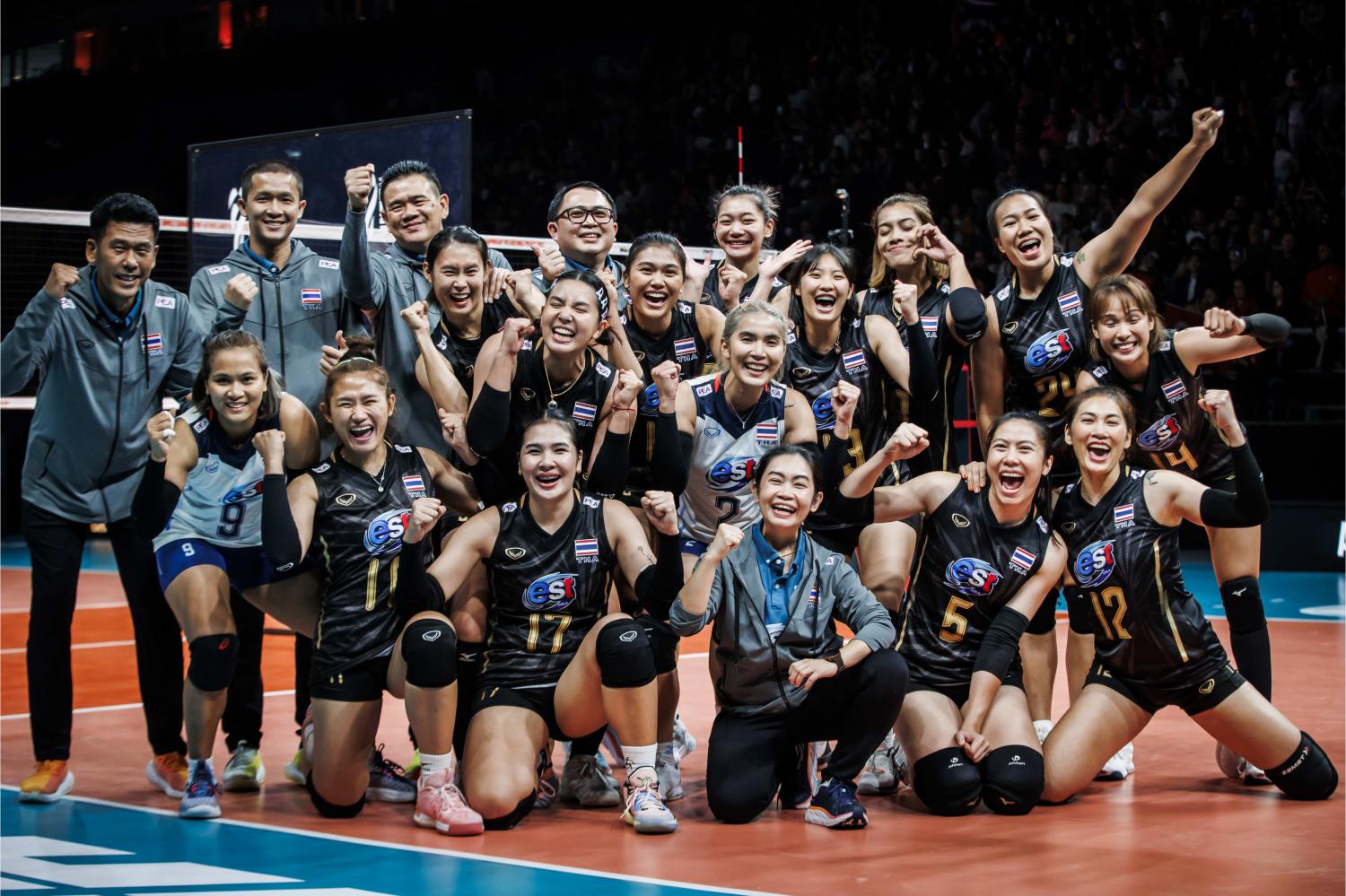 The Poles have won all their last five meetings with Thailand including the most recent one at the 2022 Nations League.

However, Thailand were also in a similar situation against Turkey and will be targeting another upset victory.

"We have seen Poland play. We will stick to our style and do our best," said outside hitter Chatchu-On Moksri, Thailand's top scorer against Turkey with 33 points.

Thailand, led by captain Pornpun Guedpard, are playing in their seventh world championship with their best finish being 13th in 2010 and 2018.

Before the world championship, Thailand won the SEA Games, finished eighth in the Nations League and third in the AVC Cup, and were champions at the Asean Grand Prix.

The tournament ends on Oct 15.