Some of the world's best players, including 12 major winners, will tee off today at the US$25 million LIV Golf Invitational Bangkok at Stonehill in Pathum Thani.

Ahead of the Asia's richest ever golf tournament, LIV players received good news as they could get world ranking points from playing on the breakaway circuit.

Six-time major winner Phil Mickelson and two-time major champion Dustin Johnson yesterday backed moves to award world ranking points for LIV events, saying they deserve it and that it would help maintain the "credibility" of the global leaderboard.

The Saudi-backed LIV tour stages its first event in Asia this week and announced Wednesday a deal to have tournaments co-sanctioned by the Mena (Middle East and North Africa) Tour that awards Official World Golf Ranking (OWGR) points.

The OWGR has not announced whether any points will be awarded to the LIV events.

But Mickelson, whose departure from the PGA Tour helped kickstart the LIV series, said it was in the ranking body's interests to do so.

"I think for the [Official] World Golf Rankings, this is a great way to keep its credibility, while not bringing politics into the decision-making process," the 52-year-old left-hander told a press conference.

The LIV Bangkok features 48 players, including Thailand's Sadom Kaewkanjana and Phachara Khongwatmai, in both individual and team events.

LIV has already staged five events but without any ranking points awarded to its players -- including British Open champion Cameron Smith and fellow major winners such as Bryson DeChambeau, Brooks Koepka, Patrick Reed and Sergio Garcia.

Smith, who only quit the PGA Tour after its season-ending FedEx Cup play-offs, is currently the highest-ranked LIV player as the world No.3.

Johnson, who started 2022 in third place, has since slipped to 23rd, while four-time major champion Koepka has dropped to world No.32. 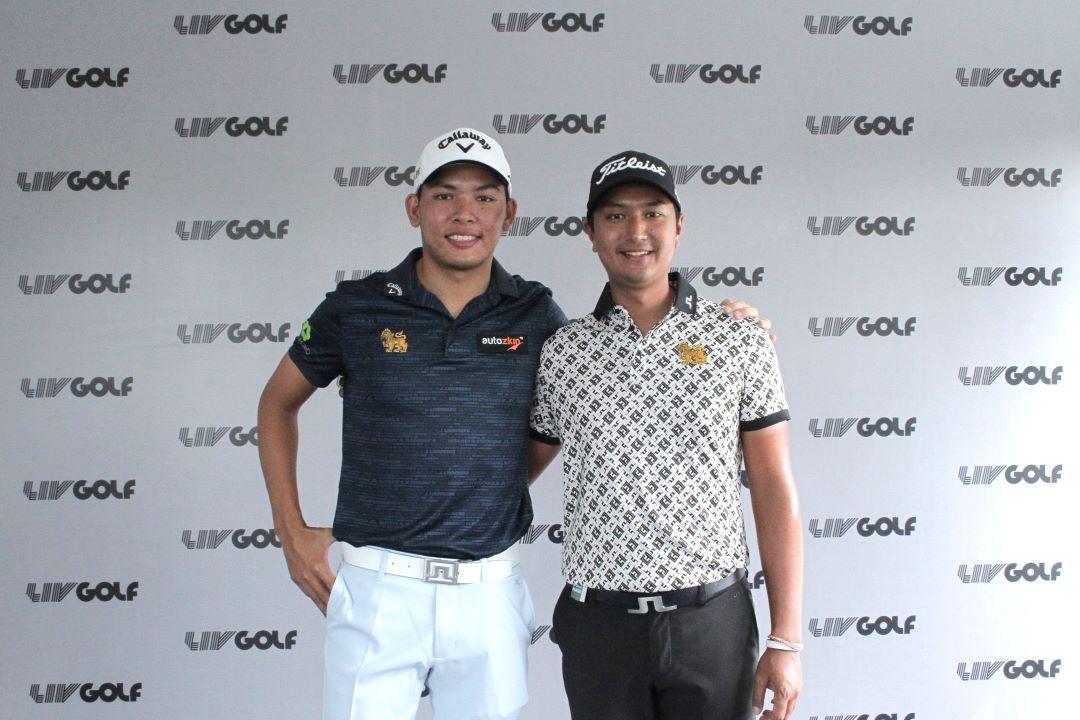 "I think obviously with the quality of players we have out here, the events we're having, we should have them. It's fair... hopefully they make the right decision and give us world ranking points."

Mickelson, Smith and Johnson are all competing at the new Stonehill course with $4 million up for grabs for the individual winner, easily the largest purse for a golf tournament in Asia.

A host of top players have joined the series, plunging golf into a bitter civil war as the PGA Tour and the DP World Tour have scrambled to hold on to talent while the Asian Tour, and now the lesser-known Mena Tour, have aligned themselves with LIV.

Mickelson said he had no worries that the LIV events would be given points appropriately.

"The reason I'm not concerned is that the number of points are based on the quality of the field and not the organisation that's running the tournament, and the quality of our field is remarkably strong," he said.

Players who have signed up to LIV Golf have been indefinitely suspended from the PGA Tour, while the DP World Tour has issued fines and short-term bans.

Meanwhile, with just two regular season tournaments remaining for the 2022 LIV series, the participants are jostling for position in the individual standings, where a $30 million purse will be shared among the top-three players.

The individual champion in the final standings after next week's LIV Golf Invitational Jeddah will receive $18 million, the runner-up $8 million and the third-placed player $4 million.

Johnson is the current individual leader.

Former actress and model Linda Khathancharoen died on Sunday after a 15-year battle against cancer. She was 66.

The Ministry of Agriculture and Cooperatives (MOAC) has denied rumours it tried to sell the Dairy Farming Promotion Organisation of Thailand (DPO), a state enterprise under the ministry, to a company as claimed by a labour union.